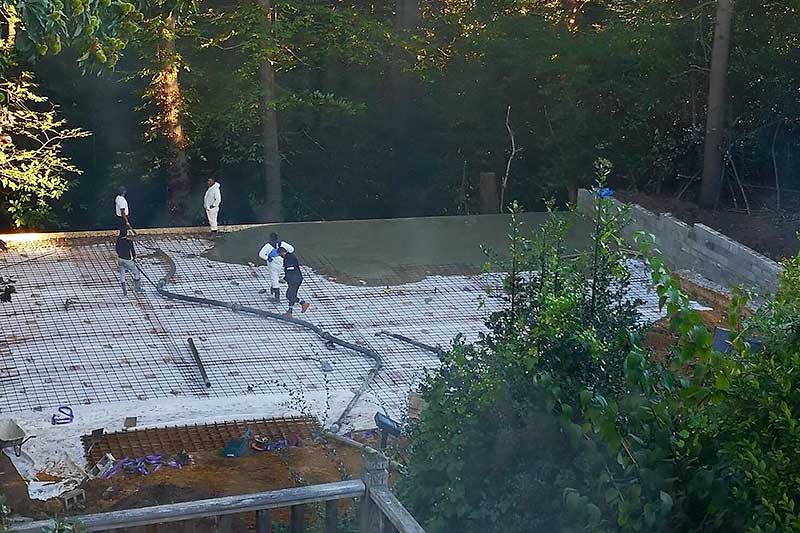 Almost two years ago my attention was drawn to 238 Woolwich Road, SE2 where the back garden and that of its neighbours had been desecrated by a developer who has become notorious for such things.

No planning permission had been granted and a retrospective application was rejected both by Bexley Council and the Planning Inspector. The case has gone to appeal.

Meanwhile the developer has been sweet talking Bexley’s Planning Department into recommending a new application for approval. The approach seems to be to lower some of the walls and reduce the impact of the “six metre [unsupported] cliff” faces with an eight foot fence so that most of the ugly structure is difficult to see from adjacent gardens.

It does nothing to hide it from the windows of adjacent houses which overlook the site and one must wonder what the Planning Officers were thinking of. They had previously rejected it and now a very ordinary wooden fence is supposed to remedy the situation. For how long?

Fortunately the Planning Committee was not so gullible and unanimously demanded a deferral to allow a site visit. To be fair, Councillors, Bailey and Clark had already taken a superficial look but Councillor Slaughter had apparently risked life and limb by clambering all over it. Councillor John Davey spoke up strongly in support of his ward residents 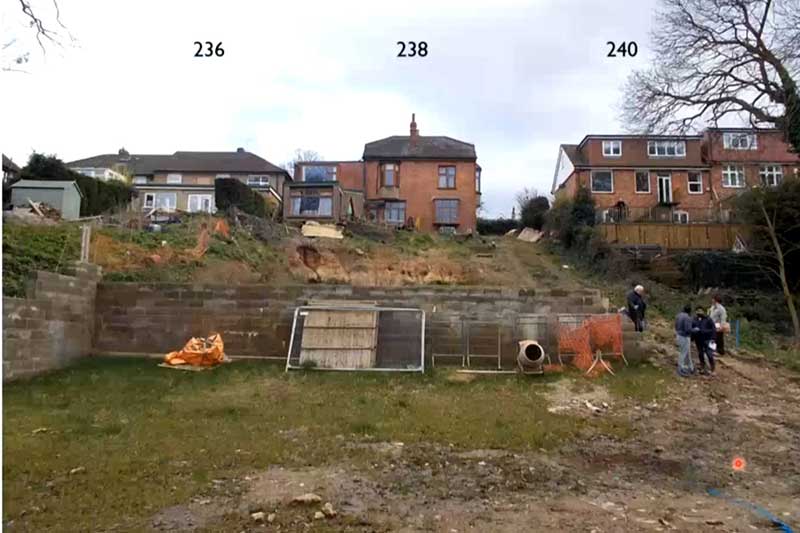 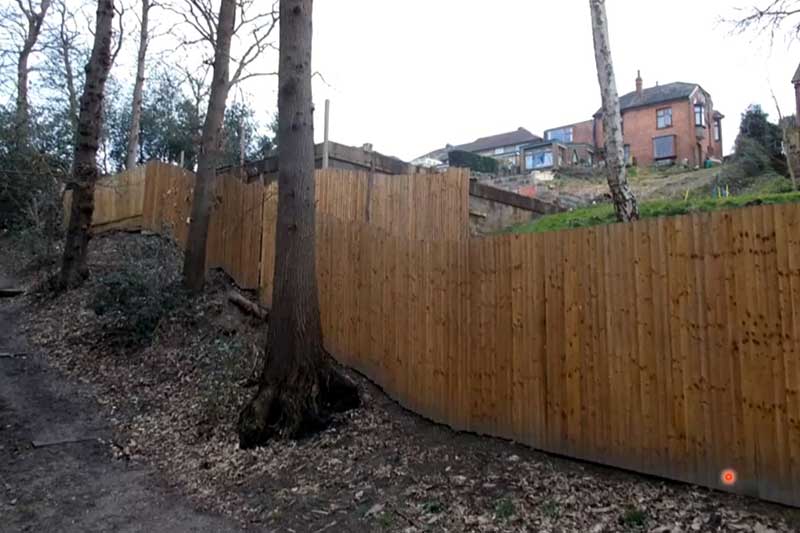 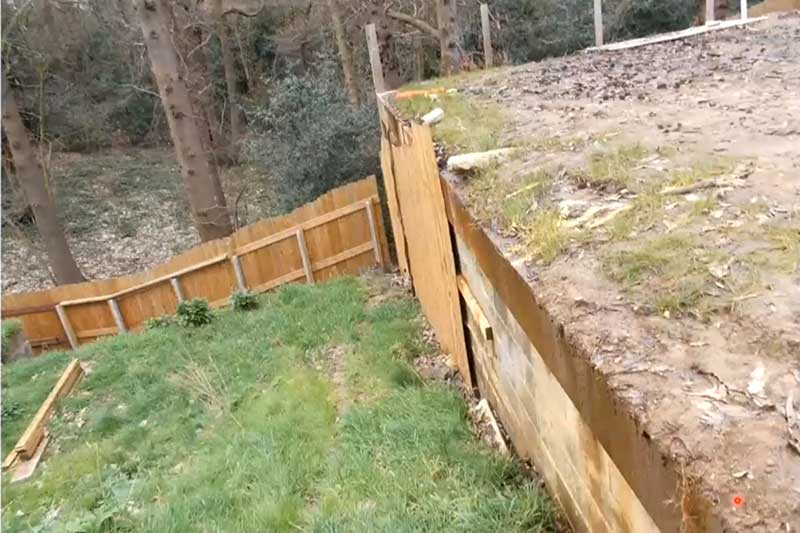 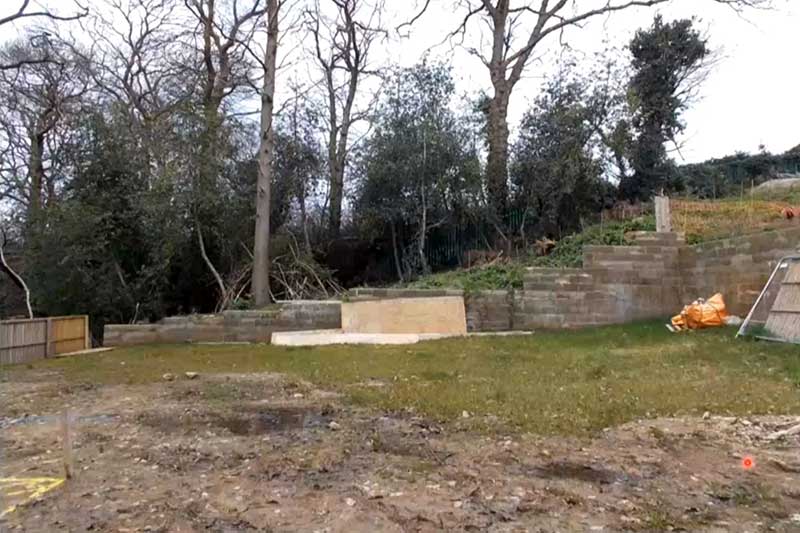 Flower beds and patios are planned but do they really need so many tonnes of impervious concrete to support them?

Neighbours from either side of the monstrosity quite obviously wanted something like the status quo restored; after all, why should someone who has paid scant regard to planning law be rewarded in any way just because restoring the original gradients and terrain as far as possible is likely to prove expensive? The many oak and chestnut trees are unfortunately gone for ever.

The developer was supported by a Mr. Osborne who tried to portray him as a pillar of local society and a good hearted philanthropist. I failed to see the relevance of any of it. There was however an admission that work started before permission was obtained but this was blamed on an inadequate architect.

The developer, Mr. Kulvinder Singh, adopted what I think must be a unique approach to putting forward his case. He appears to have pre-recorded it and run it slightly fast so as to fit as much as possible into his two minutes. The result was somewhat comical.

Mr. Singh thought that removing his structure would prove dangerous and accused neighbours and perhaps residents more generally of orchestrating a negative smear campaign against him. He said some of it was racially intimidating but once again this will be of no relevance to the Committee’s deliberations. His complaints against neighbours included burning their rubbish within the woods.

The Committee appeared not to be impressed, not a single word was spoken in favour of the modified scheme except perhaps that it was not quite as bad as the unmodified concrete block.