Aiming to prove that Labour really is the nasty party this local Labour activist is determined to tread in the footsteps of Jess Phillips MP.

A couple of hours ago I voted for four different political parties, none Labour. Probably I am scum.

A reader messaged to say he was disappointed not to be able to read “a devastating critique of Sadiq Khan” here today which makes me think I should remind him why this website is here.

I was an ordinary resident just a little bit annoyed by Council uselessness and high taxes until 2009 when I became aware that they could lie on an industrial scale to defend the indefencible and spoke up publicly about it. I soon learned that lying was the tip of an iceberg which masked criminal activity. I could point you to several such incidents.

I am still an ordinary resident except that in twelve years and with the aid of a reasonable memory I learned how Bexley Council can dither, obfuscate and when their own memory fails happily contradict themselves as they attempt to have their cake and eat.

I also learned that some Councillors are very nice people aiming to do their best for the community and the extraordinarily dishonest ones are with maybe the odd exception, long gone.

Twice in the last couple of years I have announced that Bonkers is to cease publishing forthwith and twice I have been reminded that Bexley no longer has a source of local news, its ‘local’ newspaper comes from Basildon and takes its stories from Facebook and Press Releases. I know of no other source of Council news but with public meetings cancelled until 26th May there is little of it here either. Fairly trivial fill-ins are the order of the day. For the most part it is to pass the time while Boris Johnson condemns me to solitude. If it amuses anyone at all it is a small bonus but there is no compulsion to read it.

Bonkers carries no adverts, attempts to avoid indexing by Google (<meta name="robots" content="noindex">), except in January includes no Cookies so I have no up to date idea how large the readership may be and does its best generally to be ‘low key’.

Until five-ish years ago Council critics were liable to have their collars felt. There have been at least five occasions when a Councillor has walked into a police station and demanded that a critical resident is arrested and the police dutifully jumped to attention.

I thought that had come to a stop but another came to my attention in recent months. I have my doubts that it will ever be un-embargoed but it is naive to believe that politics is not corrupt and while it remains so Bonkers will probably be kept ticking over. Just don’t expect the sort of “devastating critiques” that you might read in a national newspaper. Here you will get a mixture of serious Council news when it happens and not a few pot-boiling rants from someone who finds it difficult to accept the depths to which this country has sunk.

For the record all the out and out disreputables alluded to above came from the same political party and it wasn’t Labour.

Two weeks ago Council Leader Teresa O’Neill said that as soon as the plastic adverts had been applied, a ‘bus’ would be deployed across Bexley to encourage the vaccine reluctants to have the jab. The borough of Bexley is being interpreted rather liberally. This week the bus has spent a lot of time in Abbey Wood Sainsbury’s car park - that's Greenwich - and when I have passed by doing zero business.

In its defence it is close to the main route from Thamesmead East to the nearest railway station but who is going to make the diversion if there is no one out to bang the Covid drum? 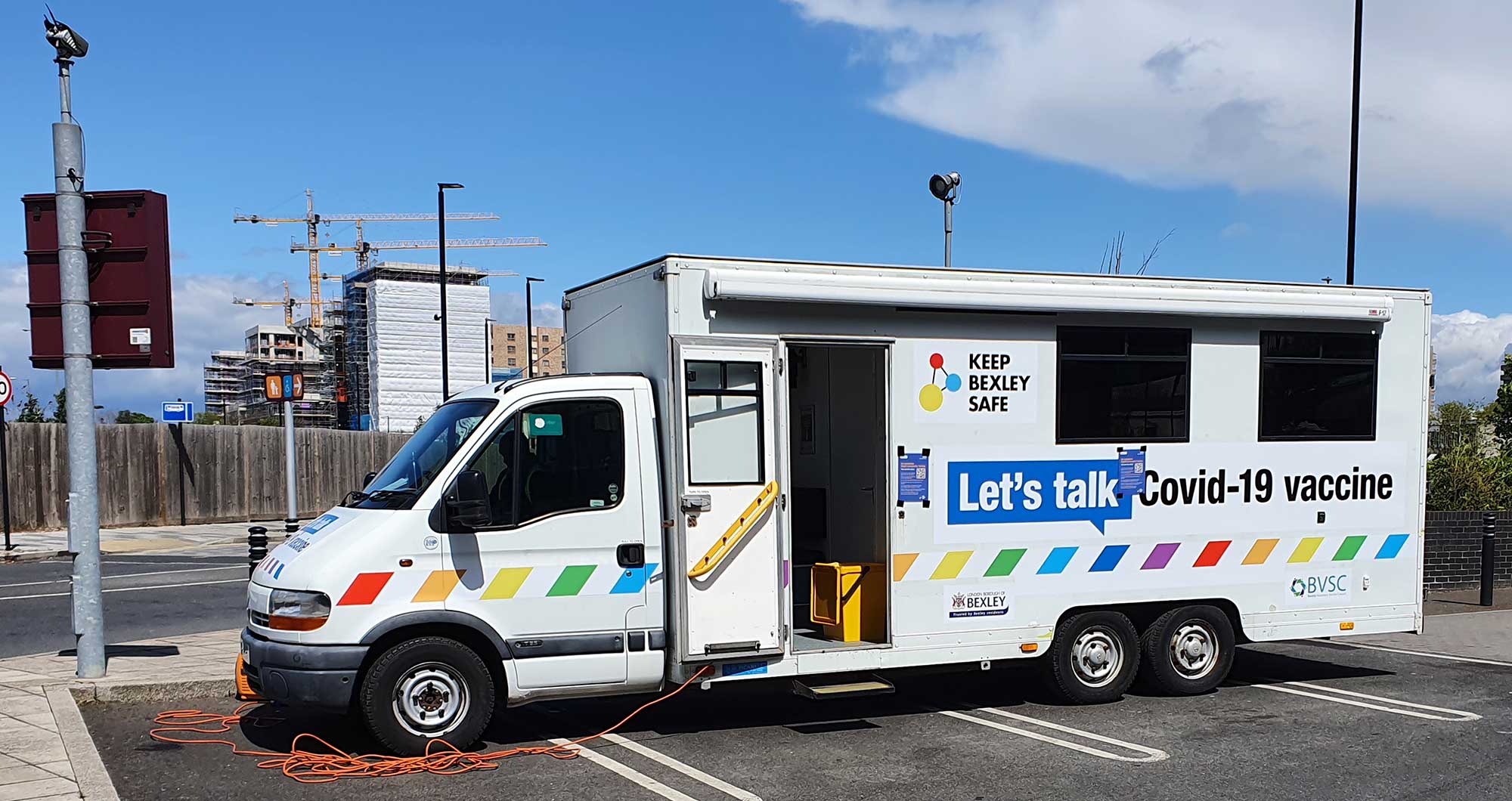 It is still there today. 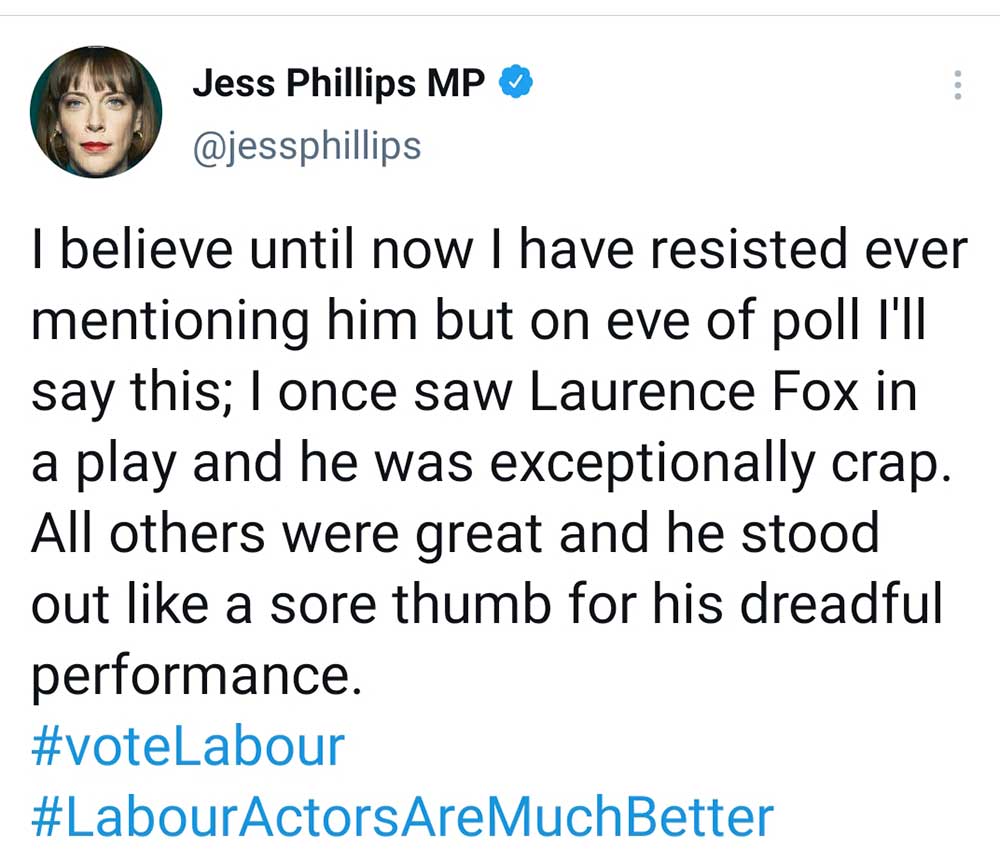 I woke up after a restless night with mind still not settled on the preferred candidates for today’s elections.

Then top of the Tweet pile was this poisonous bilge from Labour MP Jess Philips. Mind instantly made up.

My politically active friend from yesterday was right. Anyone who votes Labour today will be supporting evil minds like that of failed Labour leadership contender Jess Philips.

The party deserves to die.

Have some more of Jess’s gems… 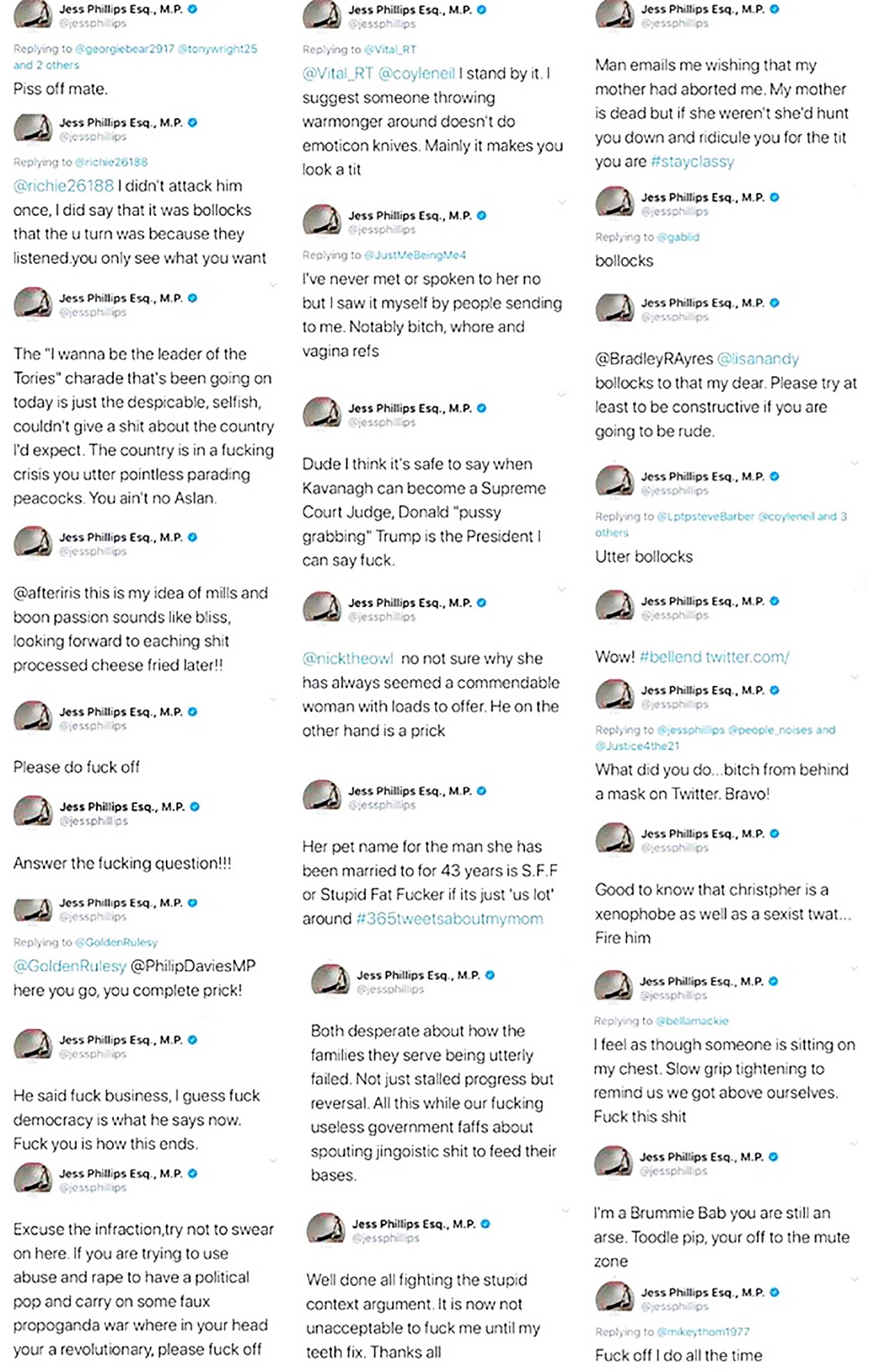