Hall Place admission charges
It’s only three months since Bexley Council announced that they were going to introduce a £1 or £2 charge for admission to the Hall Place gardens and already the price has doubled. It will be £4 with discounts for senior citizens, Bexley residents and children.

Some parts of the garden will remain free and a family ticket is being considered. Parking will remain free and various Cabinet Members have been very emphatic about that. If compared with other ‘tourist attractions’ it is hard to deny it is relatively cheap and £620,000 of improvements are in the pipeline.

More details will come in the full Cabinet report when it is published, by the end of the week probably, I don’t like publishing major items just before a month roll over.

238 Woolwich Road
A planning application (18/03147/FUL) has been made by Kulvinder Singh’s unfortunate neighbour to legitimise the huge quantity of soil he dumped on their garden while constructing his nuclear bunker at 238 Woolwich Road.

As the notorious Bexley house developer has filled the hole it came from with copious amounts of concrete it cannot go back there and the landscape has been changed for ever. The unfortunate neighbour is left to pick up the bill.

Nobody seems to know what Bexley Council plans to do to resolve the situation and Kulvinder’s neighbours can only sit and watch while the rain continues to be determined to wash a bungalow over the newly created mud cliff.

Much the same situation prevails at another of Mr. Singh’s building sites in Heron Hill. Once again it is next to impossible to get any update on the situation from Bexley Council.

It was only a matter of time 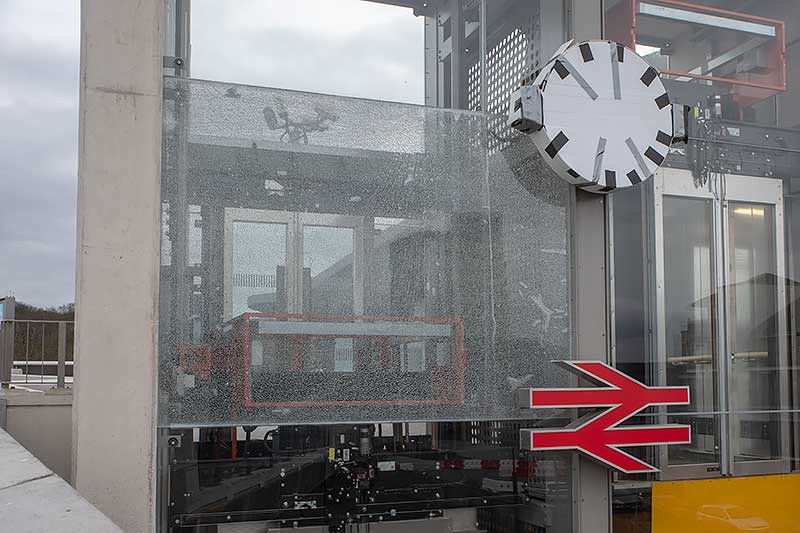 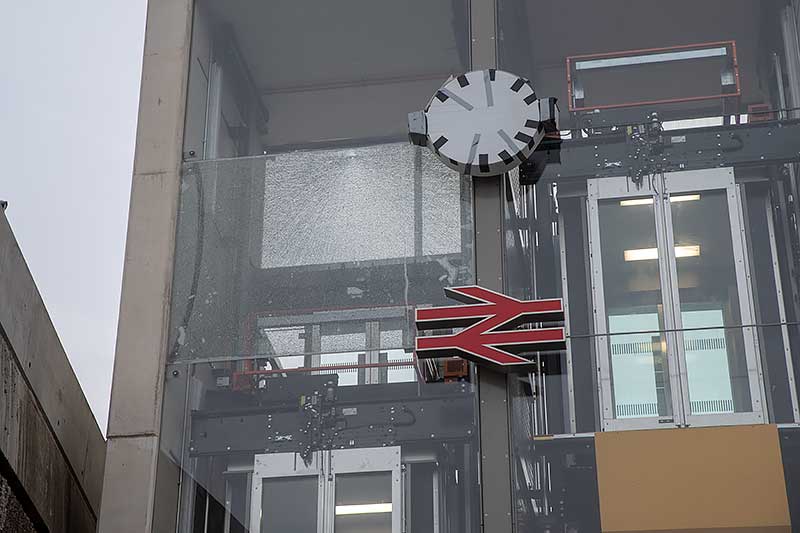 Before the Abbey Wood station lifts were vandalised. The glass is shattered.

The B word
At the beginning of the month my friend Elwyn Bryant was becoming more than a little agitated at his MP ignoring all his communications relating to Brexit. He was particularly upset with the pro Brexit Withdrawal Agreement propaganda that appeared on the Old Bexley & Sidcup Conservative Association website. I speculated that it was placed there by Tory HQ and should not be interpreted as the OB&SCA being anti-Brexit. This guesswork has since been confirmed as being correct.

One only has to have listened to prominent OB&SCA Councillors over the past two and a half years to realise that many of them are hard line Brexiteers and some of them aren’t.

Brexit divisions are everywhere. Some who sincerely believe that only Leavers offer abuse are apparently happy to label Brexiteers “slimy, fascist, racist, xenophobes”. I know; have suffered it at first hand and it is painful coming from people you have regarded as friends.

The OB&SCA Committee will have had to steer a difficult path balancing such disparate views as will their MP James Brokenshire. With 63% of his constituents voting to leave the European Union he has little option but to respect the decision although he personally seems to back the ill-fated Withdrawal deal, backstop and all.

He will have upset some people taking that line, I know he has, but at least he has not descended to the depths plumbed by his colleagues Dominic Grieve, Anna Soubry and the reliably incompetent Amber Rudd.

Bexley council - dishonest, vindictive, criminal
I went to yesterday’s Cabinet Meeting equipped with my long lens and hoping to get a more up to date picture of Council Leader Teresa O’Neill to adorn the Bonkers’ banner.

I particularly wanted one of her looking to her right (left as pictured) and preferably smiling. Things did not go according to plan because I had forgotten something. To her right sit the Labour Members and there is no way she is going to smile at them. She smiled towards the Tory benches but flipping the photo over would probably look odd.

The best image I could get should appear to the right of the site banner before very long. Maybe both old and new for a while for comparison purposes.

Since the very early days of BiB its strapline has been ‘Bexley council - dishonest, vindictive, criminal’ and arguably that is as out of date as the Leader’s portrait. It is about five years since Bexley Council was last found to be engaged in serious law breaking.

Dishonesty on Social Media still afflicts some Tory Councillors and examples surface once or twice every month. Council Officers are frequently vindictive so there is no reason to rethink that description, but if I can find all the occurrences, ‘Criminal’ will disappear before the day is out.