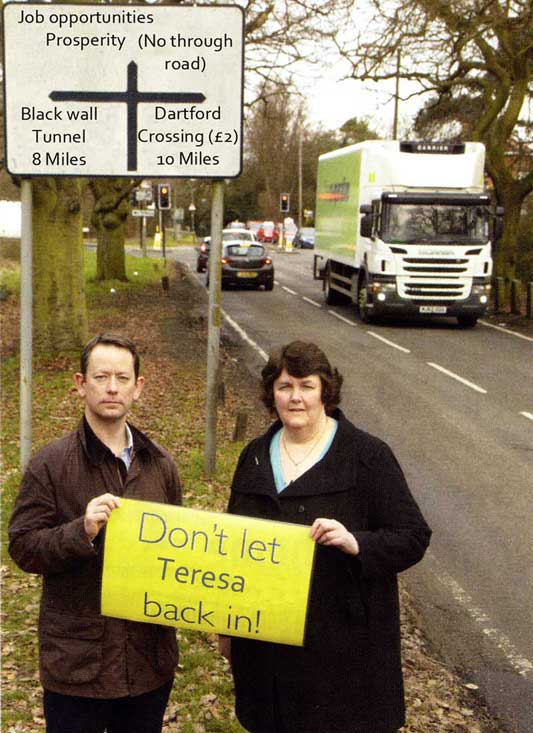 This time it is Lord Adonis, the last Labour government’s Transport Secretary, rather than the bare bottomed variety. He has said that building a Thames crossing between Beckton and Thamesmead is a ‘no brainer’.

I’m inclined to agree if only because I cannot imagine this outpost of Greater London remaining relatively isolated for the next 50 years. A bridge is not a totally problem free solution but sooner or later one will have to be built, so why not solve the problems and get on with it now? If it were not for Boris Johnson and his favourite council leader it would have been finished last year.

Lord Adonis refers to both the Nimbys currently running Bexley council and the fact the last public survey showed that 68% of Bexley residents polled were in favour of a bridge - a higher proportion than backed Bexley council’s latest round of budget cuts.

At the moment the only party acknowledging that the north of the borough needs better transport infrastructure is Labour. UKIP said they were against it last year but have more recently indicated they are reconsidering. UKIP’s Bexley manifesto is due out next week.

As usual. Bexley Conservatives are not very interested in anything more than half a mile north of the Barnehurst to Welling railway line.