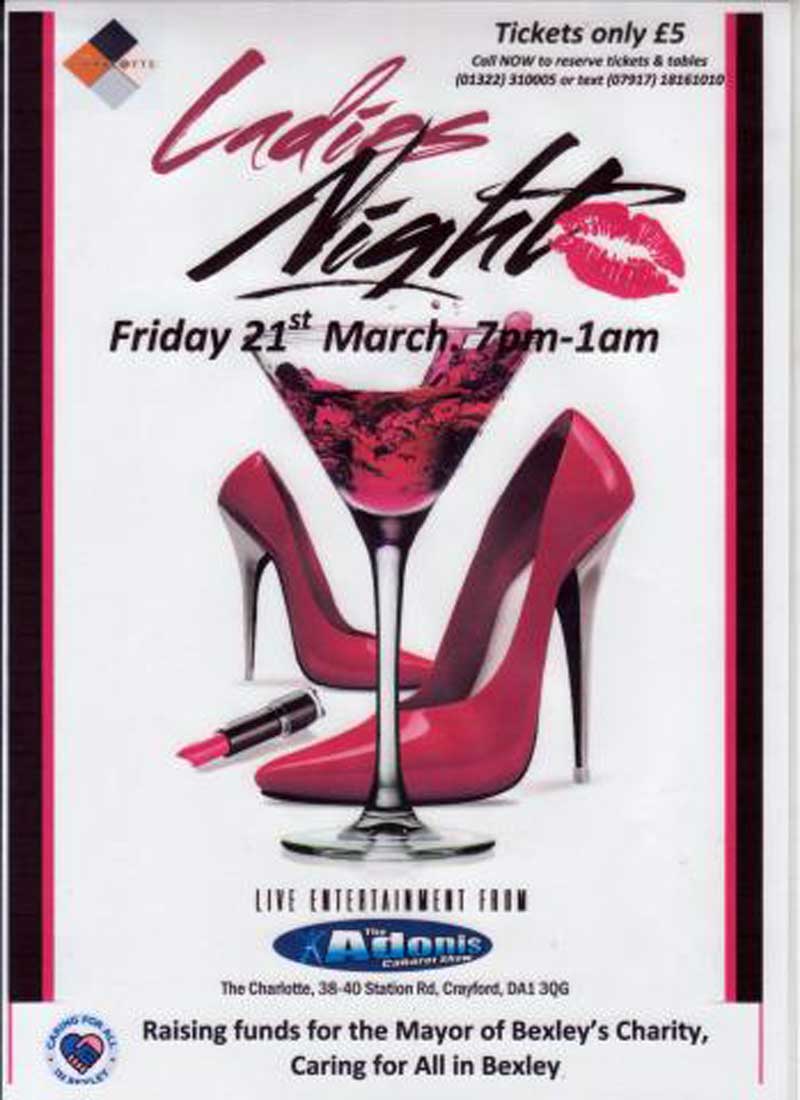 One of the Twitter accounts I keep my eye on is that of Bexley’s mayor councillor Sharon Massey and what struck me when I first followed @Mayor_of_Bexley was the amount of time she spent in pubs and restaurants. Sharon seemed to be quite the party girl.

I considered doing a blog about it and started to collect copies of her Tweets but thought better of it. Most of the mayor’s partying is in connection with fund raising for her chosen charity. Also, as I have said before, the current mayor has never gone out of her way to be difficult with residents as was the norm with two of her recent predecessors.

Nevertheless it was a little surprising to see her lending her name to the Strip Show held at her deputy mayor’s pub, The Charlotte in Crayford, last Friday.

The entertainment came from The Adonis Cabaret. 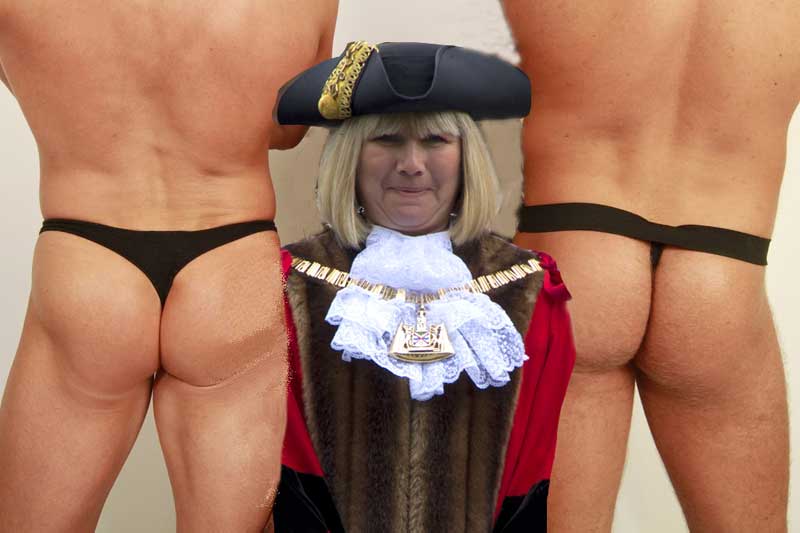 Those lucky enough to get a front row seat have reported that strippers were in evidence and that a thoroughly good time was had by all.

I suspect most readers will not take too sanctimonious a view of the manner in which our councillors decide to raise money for good causes but perhaps it would be worthwhile checking if The Charlotte had sought all the necessary licences for such an event. If memory serves correctly, landlady councillor Lucia-Hennis has form when it comes to “full nudity” at her pub.

It’s probably not a good idea to close your eyes and imagine one of Adonis’s hunks gyrating in front of Teresa O’Neill, Linda Bailey and Val Clark, probably not any other councillor either!