13 April - The road to nowhere 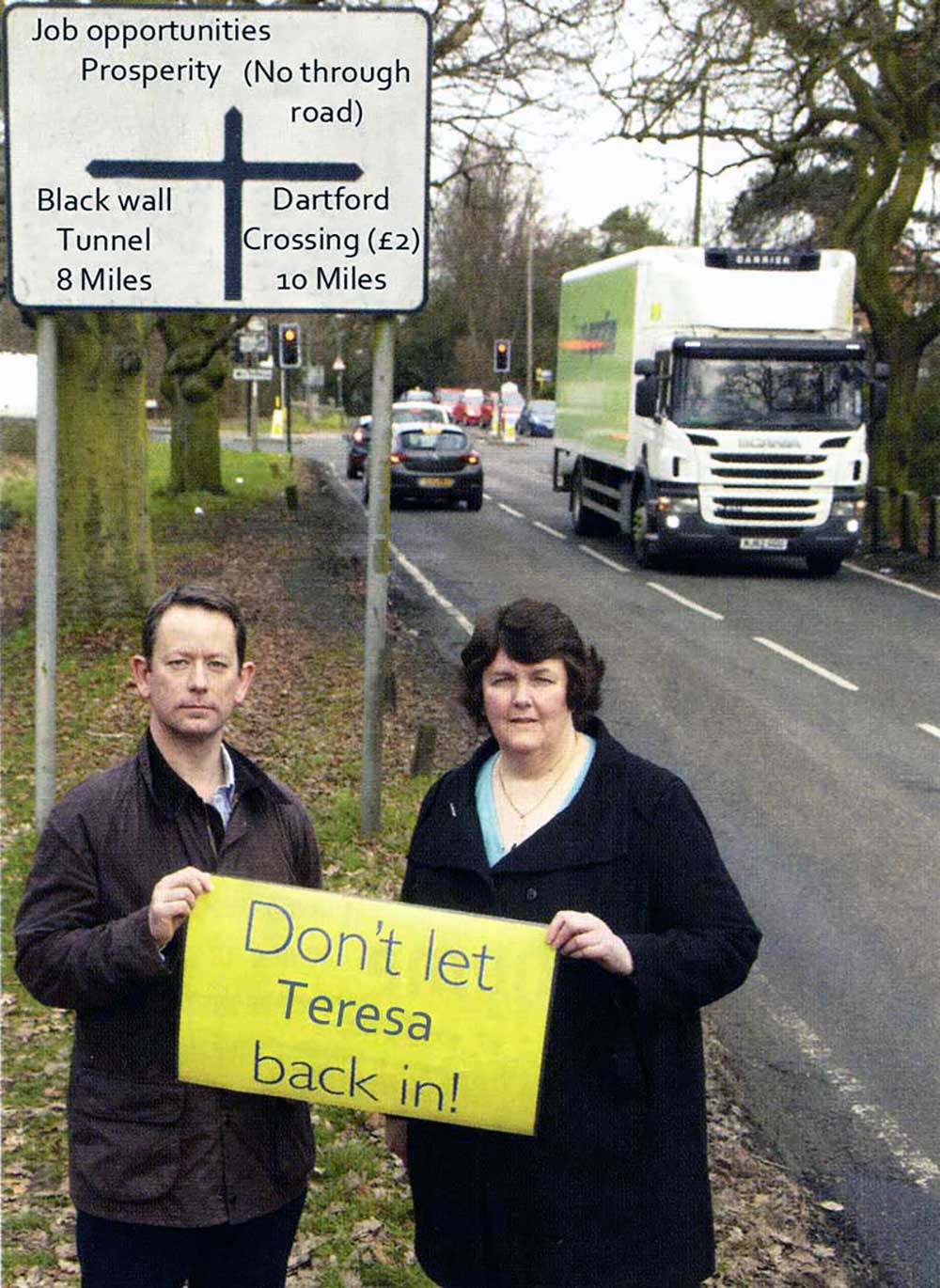 I’ve not actually counted all the readers’ letters the News Shopper has published about a Thames bridge since councillor Peter Craske peddled his line about “huge lorries descending on Knee Hill” but it is obvious that a considerable majority didn’t agree with his nimbyism.

Sooner or later something has got to be done about Bexley’s inaccessibility to and from the north and almost everyone I have spoken to thinks we might as well get on with it now before the price escalates any more and while a Conservative Chancellor says it is the right time to invest in the country’s infrastructure.

Bexley council sees things differently because some traffic will traverse leader Teresa O’Neill’s Brampton ward and so they spent £3,366 of taxpayers’ money leafleting households to broadcast their political agenda. They tell us that Bexley residents are in favour of a ferry, but when does Bexley council tell the truth?

Bexley council surveys are ten a penny but they have not asked for our views on river crossings. Transport for London has, but we don’t know the answer yet. The last time questions were asked, about ten years ago, the result didn’t go the way that Bexley council would have liked. Most people in the affected boroughs were in favour of a bridge.

Bexley council probably wants to believe that if Bexley residents could be isolated in that poll it would show them to have very different views from those living elsewhere.

While the Listening Council bungs its fingers in its ears and hopes the problem will go away more open minded councils have been conducting telephone polls across the affected areas. Newham has concluded its poll and just as our council hoped, Bexley residents are less enthusiastic for a bridge than any other riverside borough. A whole 3% less enthusiastic.