9 February - The Bexley Liar returns to the scene

The News Shopper is not a grubby little rag but it felt like that when I opened this week’s issue to Page 16 because there at his shameless best, Bexley’s premier liar was doing what he does naturally. Lying.

There were unsubstantiated ‘facts’ like a Thames Bridge generating ten times the traffic of a ferry. Is a ferry worth having if the capacity is so low that you may as well drive to Blackwall to avoid its queue? And a new lie which tells us Bexley voted to “overwhelmingly reject” a bridge when the facts are that all the wards adjacent to the proposed site voted the other way and even in the next nearest ward the Conservative was elected with a majority of only six votes. One was mine - never again.

Peter Craske’s major lie was about Knee Hill taking “all” the traffic from a Thames bridge which the North of the borough so sadly lacks. Granted that Knee Hill is steep and narrow and for some unfathomable reason is classed as an A road, but there is no way that “all the traffic will be descending on Knee Hill”. It cannot happen. Craske is lying again.

Knee Hill will not take all the traffic for the rather obvious reason that most bridge traffic will head East or West along the dual carriageway of the A2016 but also because Knee Hill will jam solid if an ascending lorry meets another descending. But if it did, as Craske points out, no one lives there, it’s in the middle of a wood, so HGV drivers would soon learn.

Why would any driver of “huge HGVs and vans” choose to go through Lesnes Abbey Woods when the map shows so many more attractive options? But the lying councillor Peter Craske rushes into print to tell us that ALL traffic will go that way. He seems to be the sort of hot headed lunatic who would allege that elderly gents go to the Civic Offices to, in the words of Bexley council’s obscene blogger “w*** all over the councillors (sic) photos”.

A sat nav equipped driver heading south is more likely to be directed via Plumstead and Wickham Lane or Erith and Northumberland Heath (both routes A roads all the way) than any of the minor roads shown in the centre of the map. 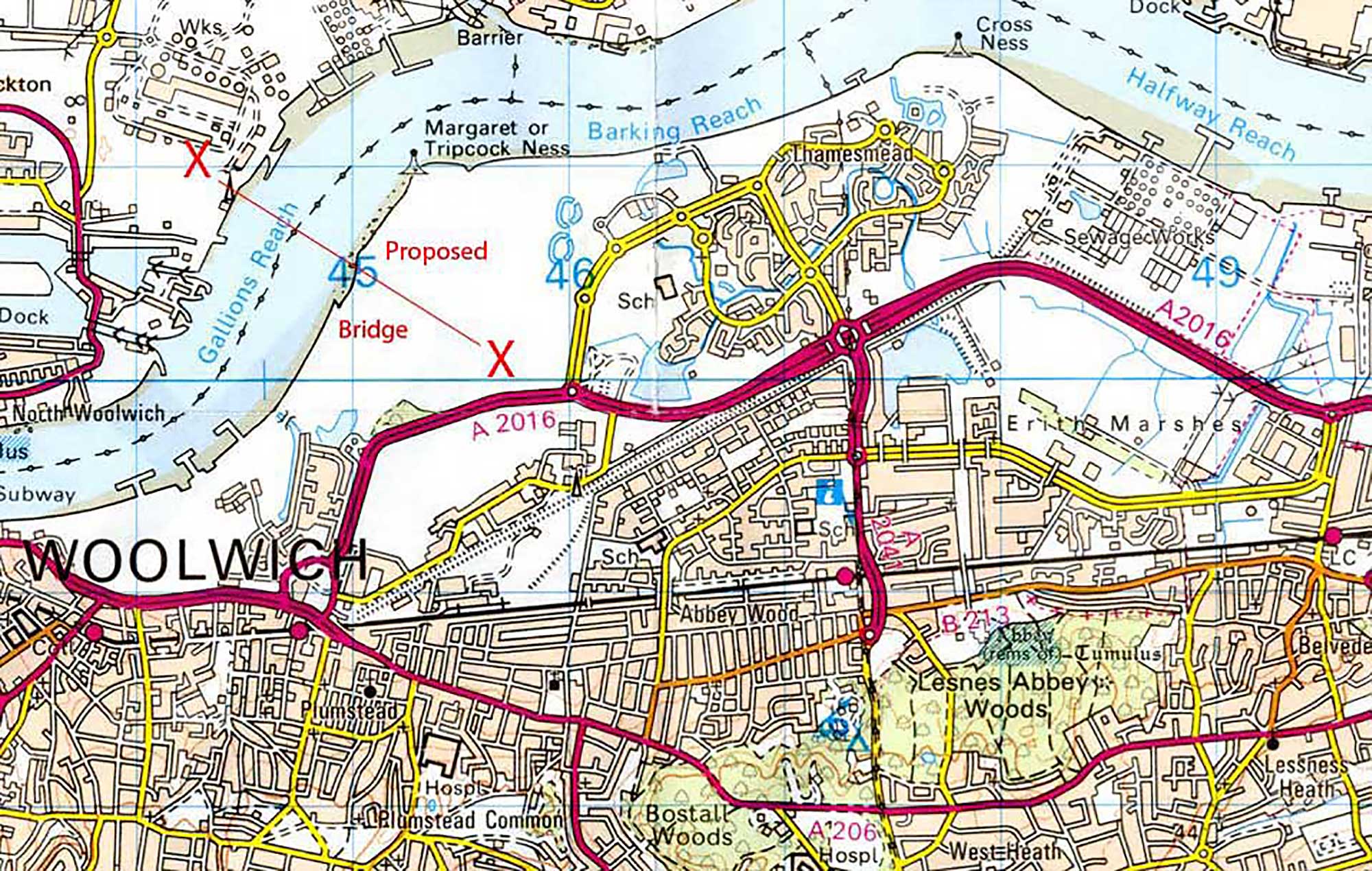 Knee Hill is not Bexley’s narrowest road. Rectory Lane in Sidcup provides a nice short cut from Foot’s Cray but few use it because it is more trouble than it is worth. It wasn’t always that way, Bexley council modified it to make it an unattractive proposition.

As everyone knows, the real reason for Bexley being denied a river crossing is because it might disadvantage council leader Teresa O’Neill. Knee Hill is just a convenient excuse. If Knee Hill is going to be a more popular route than a dual carriageway that leads to the M25 then take away its A classification and install a width restrictor. No one lives there, no one will ever be prevented from getting a removal van to his door. There are dozens of alternatives to Knee Hill but they do not suit Bexley council’s dishonest agenda. Even Boris Johnson uses Knee Hill as an excuse. See video.

Note: Peter Craske’s lie also appeared in the Bexley Times. Probably that has degenerated into a grubby little rag. Click letter extract above for full text.