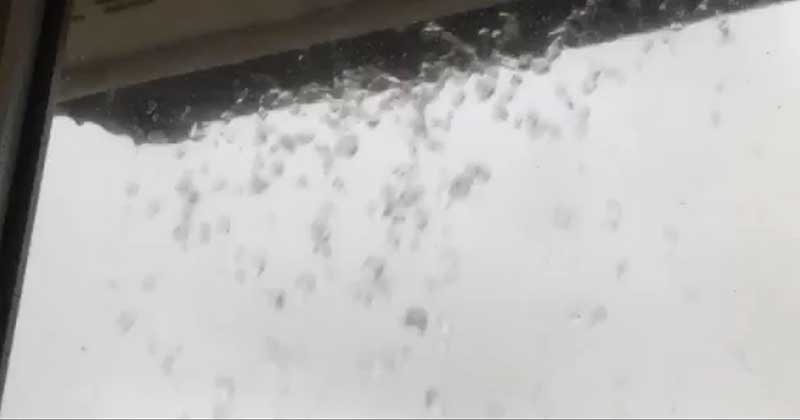 Every six months or so I take a look at an L&Q house not far from Blackfen to see what further bodges that housing provider may have inflicted on the poor lady who lives there. This picture of water cascading from a defective gutter taken from a video published here last February may jog your memory.

The principal and continuing concern may well be persistent damp but I have seen poor plumbing, poor carpentry, very poor fences and probably dangerous electrics.

L&Q do generally turn up and do something about the faults but the jobs are never done properly. No self-respecting home owner would tolerate the standard of workmanship and it is amazing that L&Q are ready to stump up the cash only to see their property systematically ruined.

The house in question is at the end of a terrace of four which were all served by a single gutter and one downpipe. Most people would think that is not sufficient and L&Q presumably agree as they have divided the front gutter (see Photo 1 below) so that one serves three houses and the old downpipe only the damp affected house. The same improvement has not been provided at the rear for the problem area pictured above. 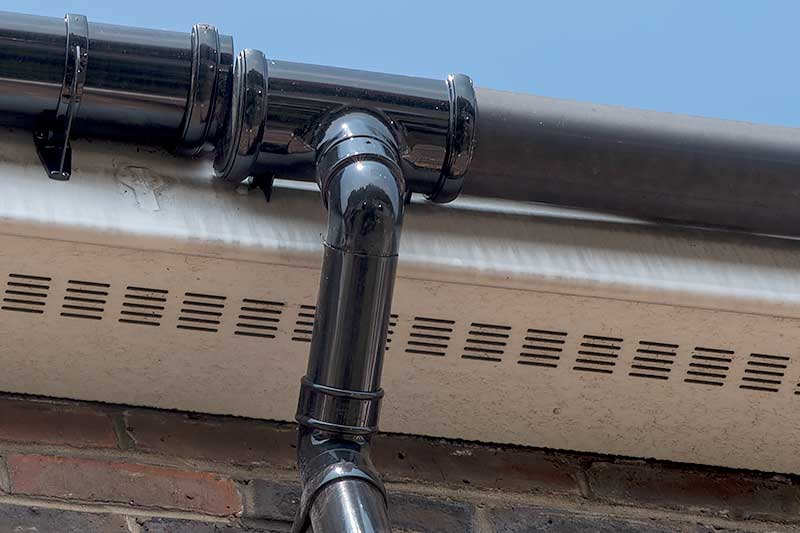 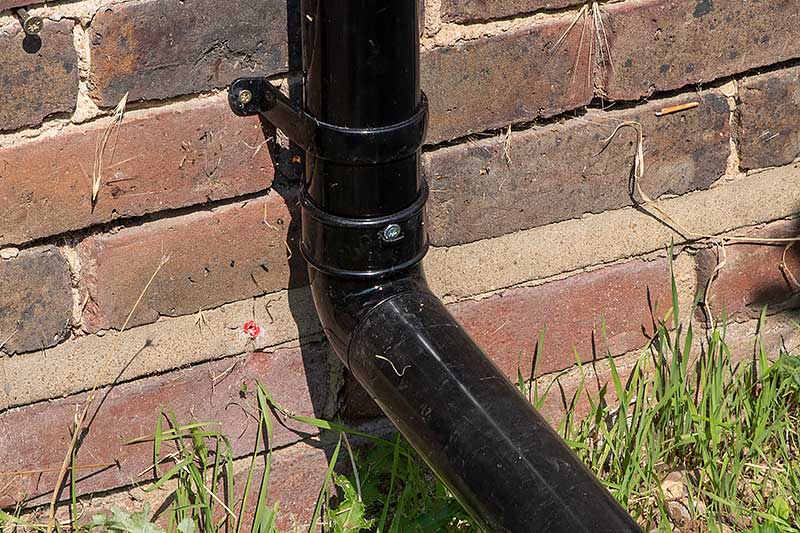 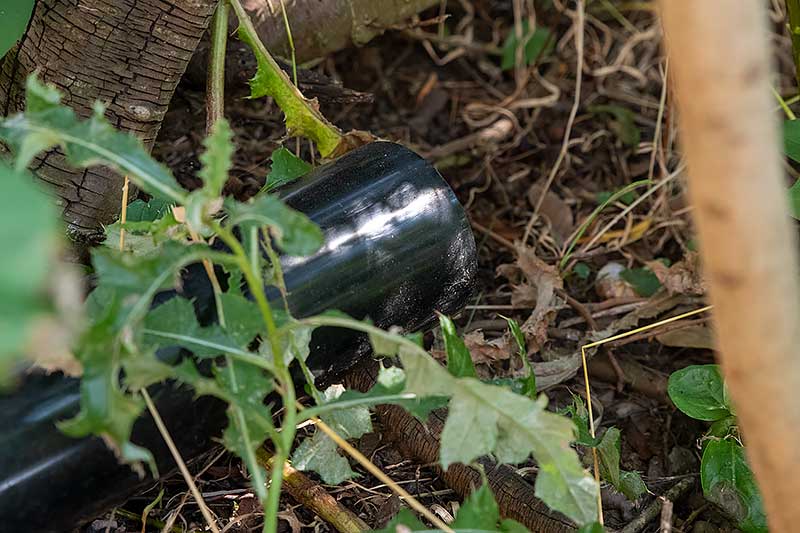 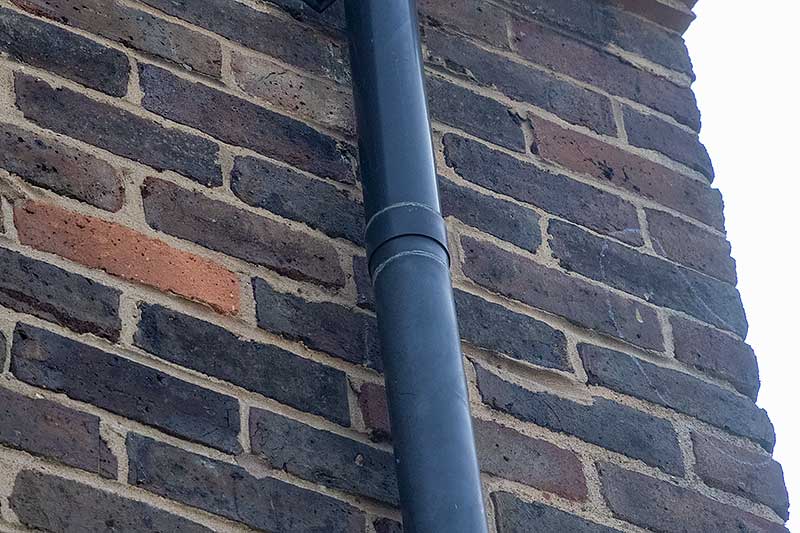 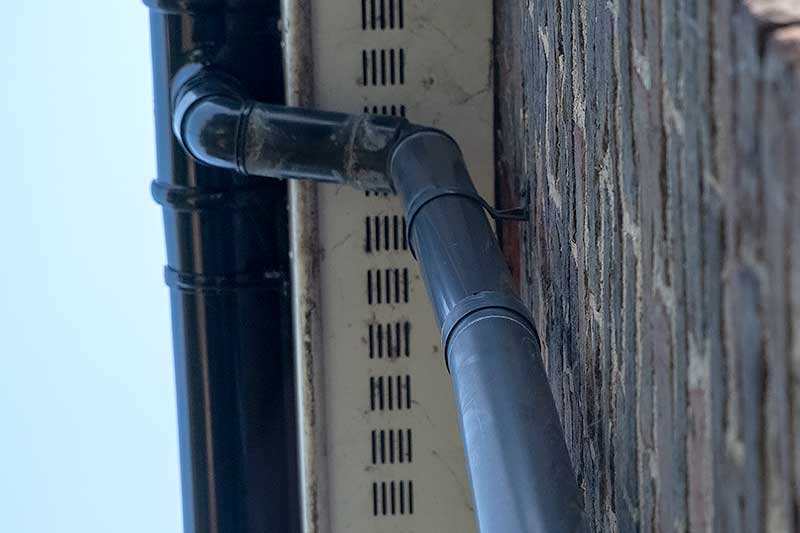 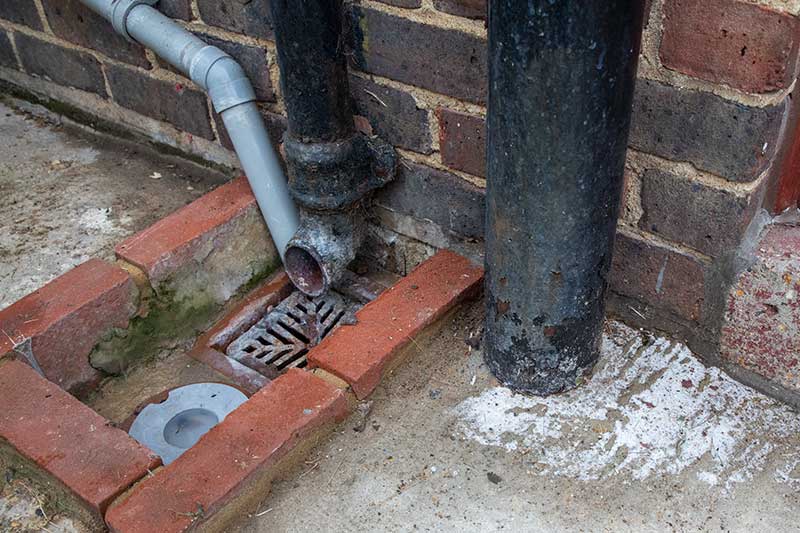 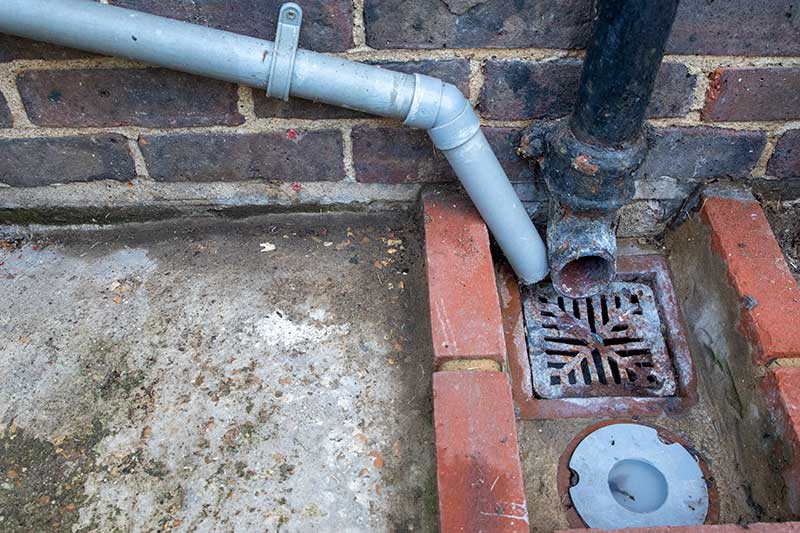 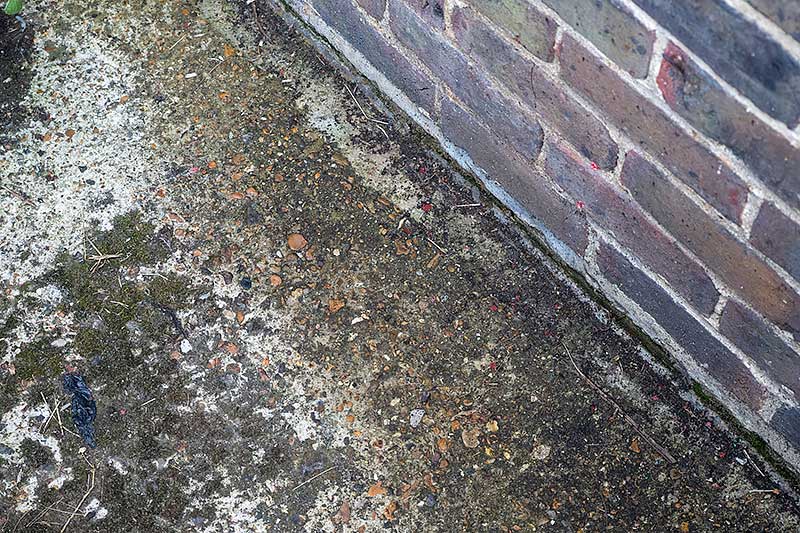 L&Q’s first attempt terminated the downpipe just above ground level (Photo 2) and caused the wall to become damp. They ‘corrected’ it by extending a pipe across the front garden so as to dump the water further away from the house. (Photo 3.)

The result is that the water from the roof of three houses is dumped into the fourth house, the one which is persistently damp.

Around the back I am not quite sure what they have done but to save a few pence they have constructed the downpipe from two short pieces and used an inadequate joiner. You can see the kink in the pipe in Photos 4 and 5 and it leaks.

The eight photographs shown above were all taken at around 2 p.m. last Tuesday afternoon and there had been no rain for many days beforehand. So why is the concrete path so wet? Photos 6 to 8.

A surveyor’s instrument detected 51 damp patches but according to the lady occupier you don’t really need electronic gadgetry, a few snails and slugs will do.

I suppose some might consider the lady a bit of a fusspot and lucky to live in a Council house but I don’t think she should be forced to accept L&Qs low standards. L&Q however disagree, they told her that if she keeps complaining and rejects inadequate repairs she could lose her house and have forbidden her to write to them again except under strict conditions. The tenant is apparently “abusive”.

In a follow up letter dated 5th June 2019 - from the Business Excellence Manager no less! - L&Q wrote to say that they were “concerned regarding the tone and nature of some comments” and they were going to “monitor your correspondence”. To be fair they did promise to attend to fault reports too but presumably only to L&Q’s abysmal standards.

The lady admits to finding letter writing stressful and I wondered if out of frustration she had resorted to using intemperate language; I asked to see her correspondence file worried that she had given L&Q the excuse they were looking for to get rid of her.

I suppose she had. There were references to leaking gutters, inadequate fences, fuses blowing, snails in the bath, a complaint that a named L&Q official was “rude, arrogant, lacking in knowledge, useless and a disgrace”. Yes, that is sure to set the abuse klaxons sounding.

The description seems about right to me but petty bureaucrats do not need much prompting to opt out of their responsibilities with cries of “vexatious”.

On the day of my visit the occupant was breathing only with great difficulty which she part blames on the dampness. The next day it had deteriorated to the point she was admitted to hospital. I think those of us who live in comfortable homes too easily forget how the less fortunate are forced to live and no doubt there are worse things than scraping mould from bedroom walls and slugs from the bathroom.