I grew up in a succession of Council houses from the age of one (following a little argument with a V1 rocket) until my father managed to buy his own house in 1962. (New, three bedrooms, huge garden and £4,400.)

Three family members live in former Council houses, two acquired under the Right to Buy. I think I know just a little about Council houses; they can be pretty good. But not all of them.

Earlier his week I took a third trip to look at an L&Q disaster zone. It isn’t a bad house but has been bodged beyond the point of no return. Over the years it has been systematically wrecked by tradesmen who should never have been allowed anywhere near a hammer or a screwdriver.

The lady occupant’s main concern is damp that progressively damages her efforts to decorate the place. She is in her early seventies and not in good health, I think she has just about given up with the paint brush but she still makes her voice heard.

My first visit was in October last year and the blog includes 28 photographs of L&Q’s appalling handiwork. I returned nearly three months ago and took some more pictures and the blog includes a video of rain water pouring down a wall. Since the video was made the lady occupant has been assured there is nothing wrong with the guttering.

Coincidentally all my visits have followed a dry spell of weather so I have not seen any slugs in the bathroom or woodlice in the front hall, but I have seen the photographs.

The most obvious change since I was last there is that a broken fence has been replaced - very badly. Not one of the many metal joints, the sort only used by rank amateurs, not proper fencers, fits properly and there are protruding nails. Every time I go I see more electrical nonsense. There are two dedicated fan switches which are quite obviously live but there are no fans. (Photo 4.) 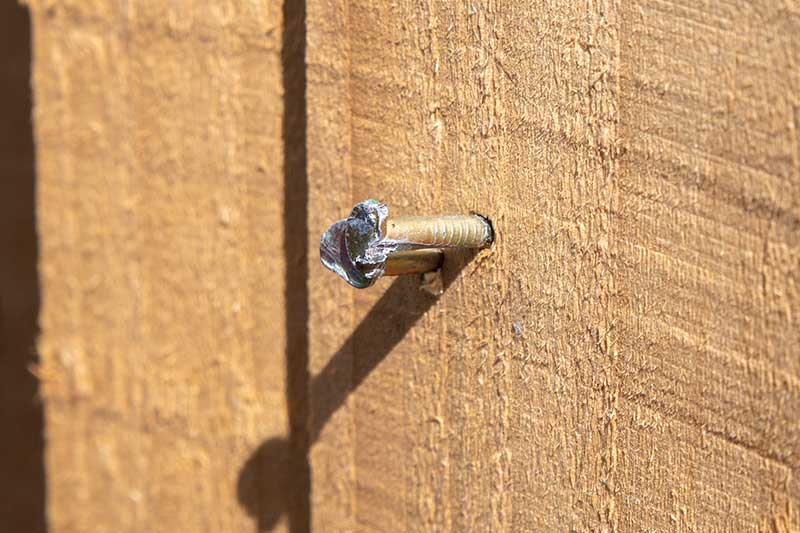 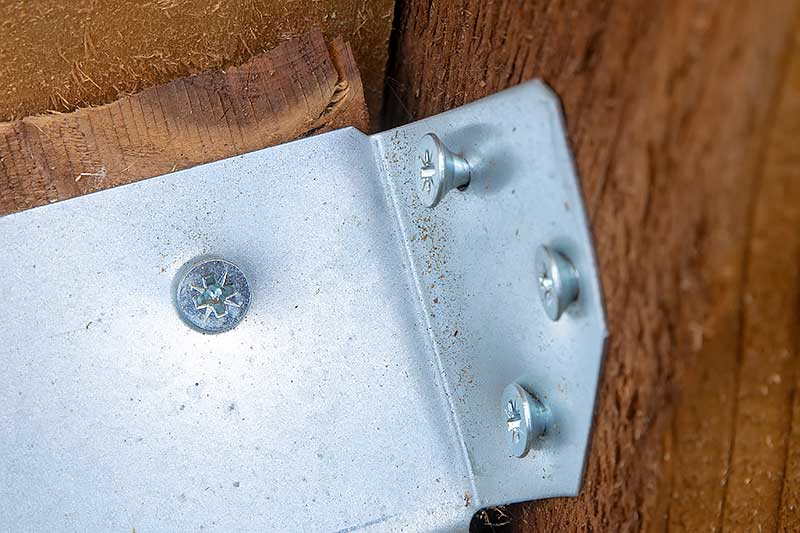 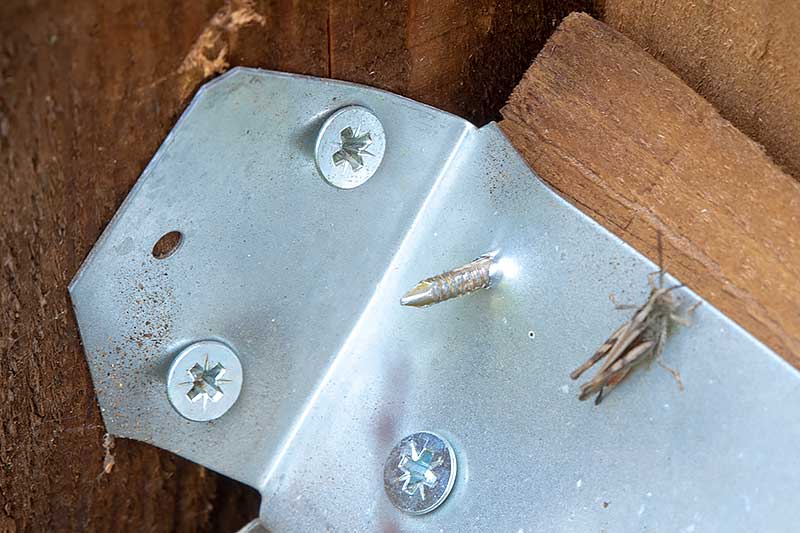 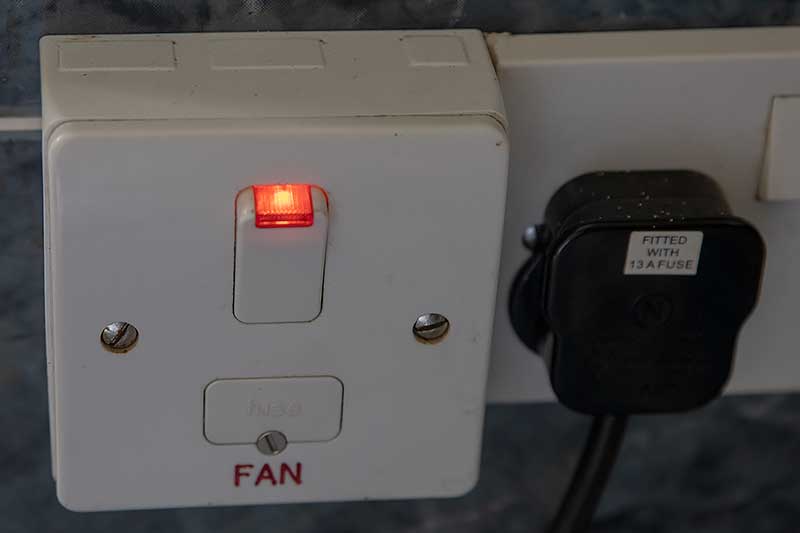 The electrics generally are pretty awful, it is not only the live fan wire which goes nowhere, so does an unidentified cable in the bathroom and who in their right mind pokes an external cable through the wall without a loop to deflect rain drips? (Photo 6.)

It is not only L&Q’s electricians who are not very bright, their plumbers can be stupid too. When the kitchen radiator was replaced with a bigger one it encroached on the fridge space. Now the old freezer needs replacing but it cannot be removed, trapped by the plumbing and the built in cupboard on the other side.(Photo 8.) 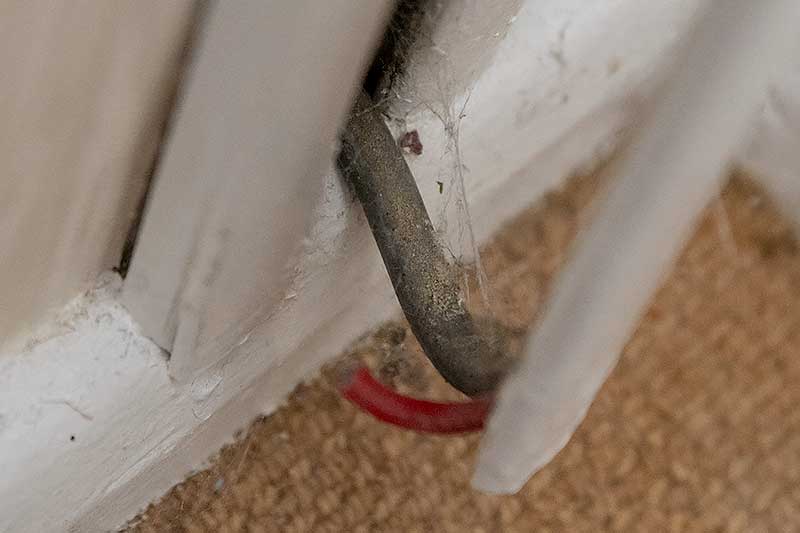 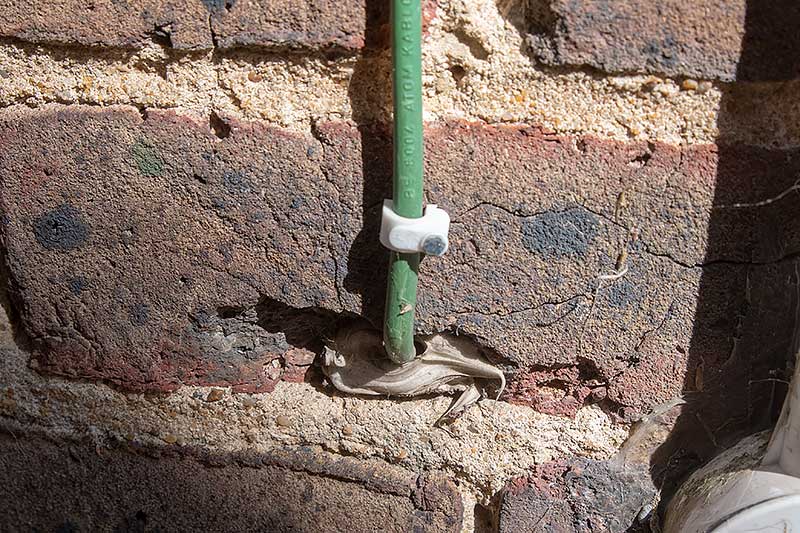 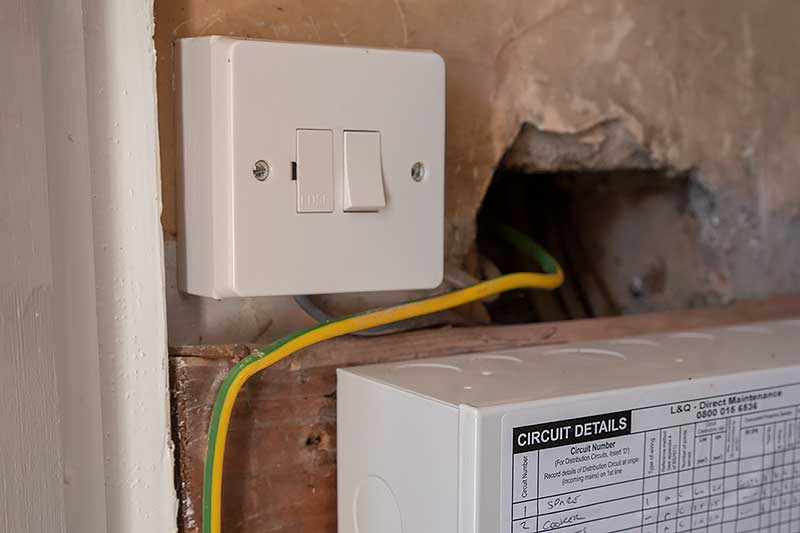 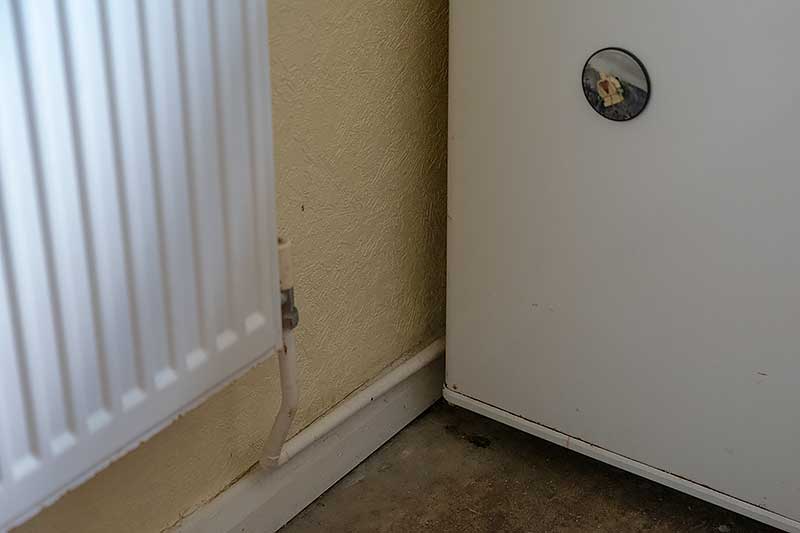 Considering that damp has been such a problem I find it odd that there are gaps in the outer wall which go straight into the cavity. 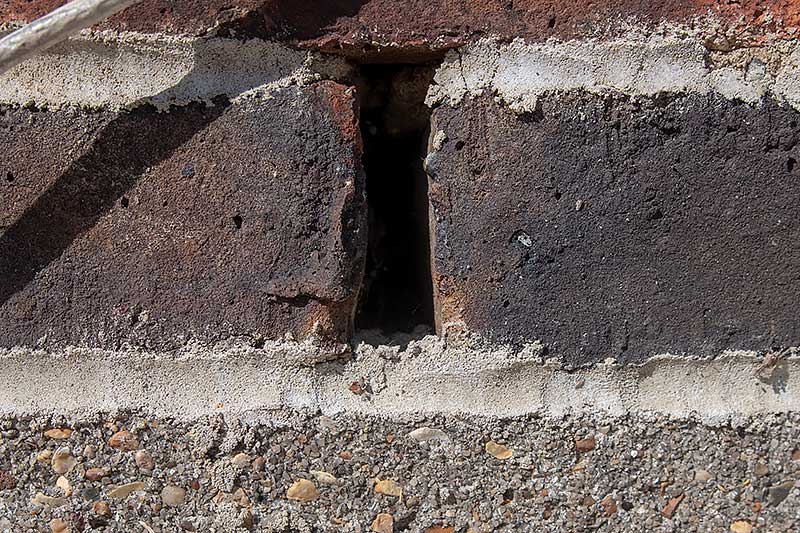 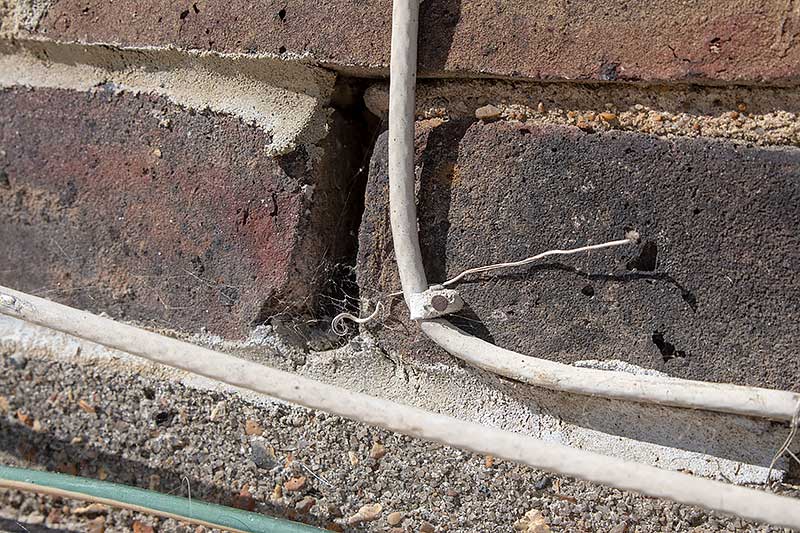 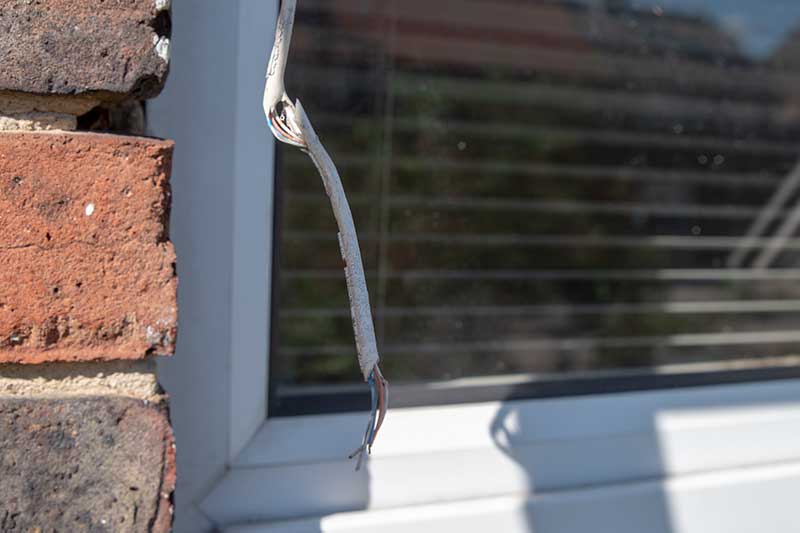 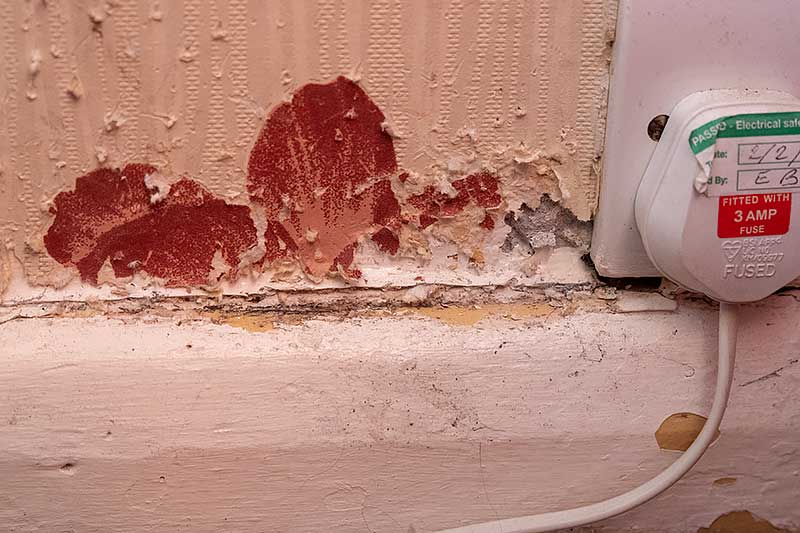 The damp is not confined to the outer walls. Some eight or nine feet from the nearest outer wall, in fact on the party wall with the neighbour (Photo 12) a finger is all that is required to detect the damp. A man with a meter found more than 50 such damp patches but nothing gets done. 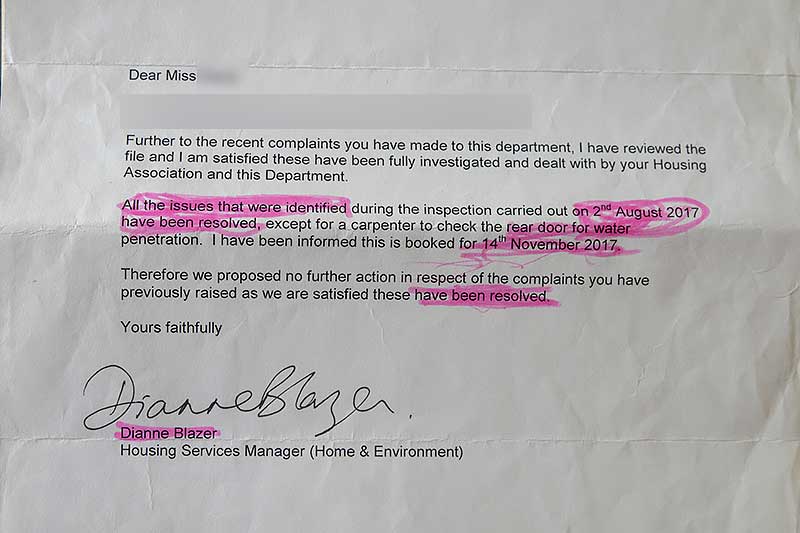 L&Q do actually respond to complaints but the problem is that they employ tradesmen who are totally incompetent, L&Q appears to be unconcerned that their property is being converted into a slum.

David Evennett MP has washed his hands of the problem because the occupant showed her annoyance with the situation in one of her letters.

Bexley Council, needless to say, is not interested. Dianne Blazer, their Housing Services Manager does what she usually does, look the other way. According to her all the problems have been resolved. Maybe she should pop round and stick a finger on the wall or maybe dare to put the same wet finger on one of the exposed cables.

But don’t go dressed in your best clothes Dianne, you might snag them on a nail.