At last we come to the Leader’s report to Full Council. She said it was a busy period in which the Council Tax had gone up by 3·99% “achieved through good housekeeping on this side of the Chamber”.

“The Growth Strategy, our long term vision for the future of our borough was approved. The C2E [Crossrail extension] report is due in May and we are hopeful of good results but we have to wait and see. Our proposals for The Place and Making Institute, there is a lot of interest around that and it is very exciting. BexleyCo; hopefully it will bring about sympathetic development with the benefits coming to our residents.”

The London Borough of Culture, we were unsuccessful but we should put on record and congratulate all those who pulled together the bid. We have a very good set of officers and we have achieved one hell of a lot over the past four years.” 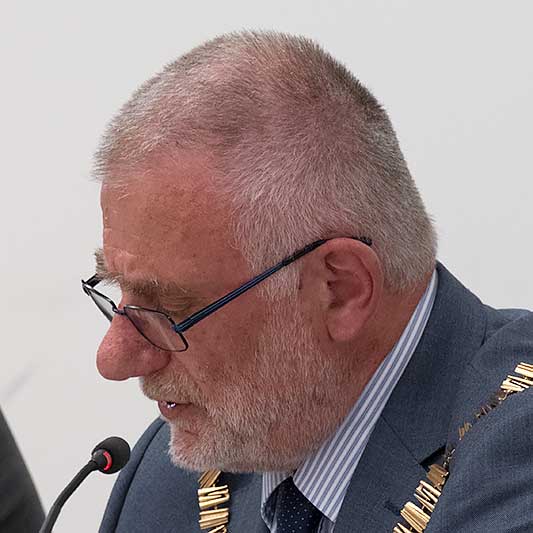 Councillor Val Clarke (Conservative, Falcon Wood & Welling) wanted the Leader to congratulate the people responsible for ‘up cycling’ old bikes. “Yes it is fantastic.” (Old bikes are refurbished by Sidcup Cycles and given to schools.)

Councillor Eileen Pallen (Conservative, Barnehurst) trod a similar path on the subject of Adult Services. Cabinet Member Brad Smith had his script at the ready. Everything is wonderful.

Councillor James Hunt (Conservative, East Wickham) repeated the stunt with Children’s Services. Councillor Smith had a script for that too. Bexley is doing a lot better than Bromley, Croydon and Lewisham. 2,110, 3,726 and 4,269 children in temporary accommodation respectively. Bexley has only 1,808.

He referred to the decision to sack all the CCTV operatives and the petition to restore live monitoring. The police have at best the facility to track two cameras while the Council had 48 and no staff to review the footage. “Will the Leader accept that monitoring should be reinstated.”

Cabinet Member Peter Craske said that a Labour Motion on CCTV restoration “was only for twelve months, it said it in an amendment to the Motion. The proposal is a waste of time and money and it is not serious. It is a slap in the face for everyone in this borough, one of the safest places to live in, and a joke”.

Councillor Melvin Seymour (Conservative, Northumberland Heath) asked the Leader if LED lighting is a good idea. She and Cabinet Member Alex Sawyer said it was a very good idea. “It will save £450,000 a year in energy and another £150,00 in maintenance.”

Councillor Stefano Borella’s (Labour, North End) microphone failed and I only half heard his question about education. Cabinet Member John Fuller said the Council was unable to influence their decisions to become Academies.

Councillor Borella was not the first to suffer microphone failure, most had failed to work, or if they did, only intermittently, throughout the meeting. Councillor Seán Newman (Labour, Belvedere) asked how any record of the meeting could be kept. Cabinet Member Don Massey said the Council “had really tried to sort something out. When tested it works perfectly and we can’t find the gremlin in the system. I am annoyed.” 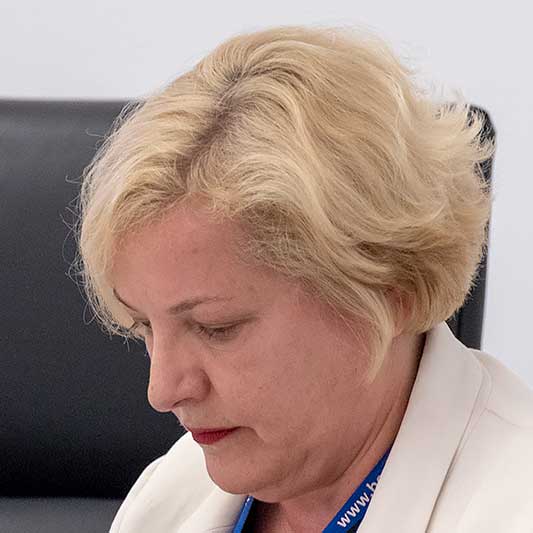 The Chief Executive, renowned for her ability to fix toilets, apologised and said she would have the audio system fixed.

It fell to Councillor David Leaf (Conservative, Longlands) to ask the last question. He wanted to know what the benefits would be of reducing the number of Councillors in Bexley. As a Conservative candidate who backed the idea you might think he should have known that already.

Cabinet Member Don Massey “said it would save about £400,000 per annum” and then he managed to provoke a pathetic argument over which party was in favour of the reduction. They all were.

The Mayor, Councillor Peter Reader has proved himself to be the most effective Chairman of Council meetings over the past eight years, shut him up. Fortunately for us the allotted time had run out.

Nobody asked a question about infrastructure but the written Leader’s report records that Council officers attended the MIPM property exhibition in Paris last month and that the Peabody Compulsory Purchase Inquiry was ongoing. (I believe it has subsequently ruled in Peabody’s favour but Google has let me down.)

The Erith station public Realm improvements are due for completion “before Christmas” and those on the Harrow Manorway flyover by next July.