You’ve seen the picture below many times before but maybe the accompanying text will have faded from your memory.

It represents what was probably the worst bad policy decision made in Bexley this millennium. Teresa O’Neill didn’t like Thames crossings for her own selfish reasons despite every consultation showing overwhelming public support for a bridge. Her stupidity has become a major contributor to Bexley being slow off the mark in the race for growth. Teresa O’Neill is personally responsible for making Bexleyׄ’s financial position calamitous instead of just bad. 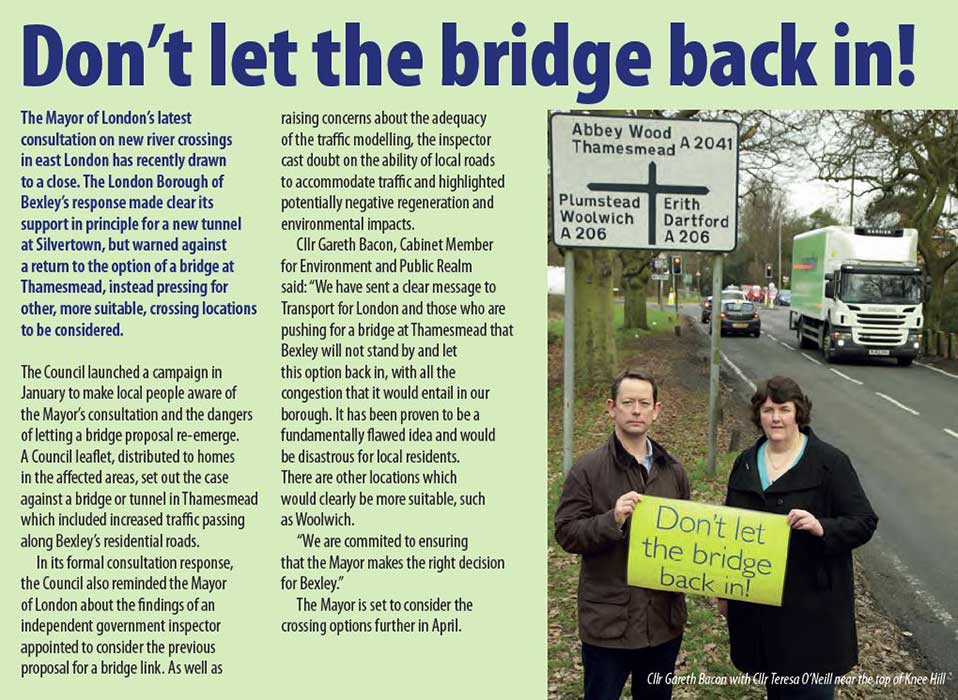 The centrepiece of Bexley’s Magazine, Spring 2013

At last night’s Places Scrutiny meeting it was said there is renewed pressure from government to press on with plans for Thames Crossings and Councillor Stefano Borella not unreasonably made mischief by referring to the above picture. 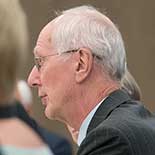 Councillor John Waters (Conservative, Danson Park) took issue with Stefano’s comment. He said it was “complete rubbish” and that Councillors O’Neill and Bacon were campaigning against the Thames Gateway bridge and were ultimately supported by a government inspector. Nonsense, the inspector threw those plans out in July 2007, six years before the two Luddites stood at the top of Knee Hill.

Councillor Waters is not known for lying in the style of Peter Craske, the worst you can say is that his thoughts are often more than a little muddled. In 2011 he said that the electromagnetic emissions from a mobile telephone mast are not as great as a vacuum cleaner.

Labour members reminded Councillor Waters that the Knee Hill protest was mounted to try to have the current crossing proposals thrown out at the first consultation stage. The same proposals which are now heading towards approval belatedly backed by Bexley Council.

Councillor Waters was 100% wrong in his assertions and the Labour Group was 100% right.

A Councillor talking total nonsense about local infrastructure at the Places Overview and Scrutiny meeting is disappointing but not entirely unknown but there can be no excuse for the Committee Chairman being equally ignorant as Councillor Melvin Seymour appears to be.

Note: The above audio clip has been slightly shortened. Only irrelevant comment has been removed. The original is available from Bexley Council’s webcast archive.