4 October (Part 1) - Vote Conservative, get the opposite

Every couple of weeks the Communities Secretary Eric Pickles stirs himself and makes some populist comment; sometimes sensible, occasionally not. Last week he turned his attention to what he called spy cars, the little revenue generators that more often than not are operated outside the guidance. They are supposed to be used only where an Enforcement Officer couldn’t safely do the job on foot.

The comment got into the local papers as Pickles intended it to and Bexley councillor Gareth Bacon felt it necessary to compete in the hot air stakes. He said to the Bexley Times that “90 per cent of the time they operate in and around schools to make sure people drive safely and take children into consideration. They are extremely identifiable. The purpose is for people to see them so they abide by the road laws. They’re not there to trick people into getting parking tickets.” Makes you wonder if Gareth Bacon is competing with his wife is some sort of exaggeration competition. 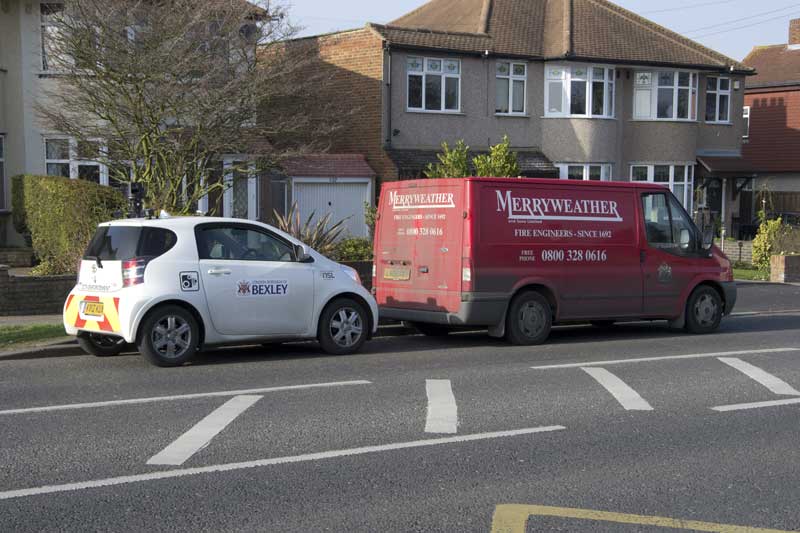 The cars operate from dawn until late, certainly until after 10 p.m. and school duties cannot take up more than two hours a day. Where does Bacon’s 90% come from? Does he take the cars off the road at the weekend and during school holidays? Who is the biggest bacon bonce?

I use my car as little as possible and I may not often be on the road at school times but I have seen spy cars within recent weeks in Abbey Road (Belvedere), Bexley Road (Erith town centre), Broadway (Bexleyheath), Erith Road (Northumberland Heath), Fraser Road (Erith), Gayton Road (Abbey Wood), High Street (Welling), Maidstone Road (Footscray) and North Cray Road (Bexley) and all of them were monitoring bus stops. I was so surprised to see one outside a school that I stopped to take the associated photograph. (Cleeve Park School.)

One has to wonder sometimes if Bexley council supports the Conservative government or not. They disagree over the use of their gestapo wagons, they are opposed to transparent governance and resisted Pickles’ guidance at every stage, they told him where he could go over weekly refuse collections - perhaps rightly - and Bexley is the only London council hell bent on thwarting the government’s ambitions for increased infrastructure investment. The Thames crossing.

Then there’s the high executive salaries, way above those advocated by government plus their failure to observe the guidelines over their publication. You might be forgiven for thinking that Bexley councillors are only Conservatives at election time to get themselves into power. The rest of the time power-crazed ego trips and personal income becomes the priority.