The Full Council meeting held on 6th November has been reported in a back to front sequence, the first item on the Agenda was a Deputation from local market arrangers, CC Events UK and sponsored by Councillor Sally Hinkley (Labour, Belvedere). Sally has been a frequent guest of the Abbey Wood Traders’ Association providing assistance whenever she can and where I perform a minor role too. Even so the Deputation came as a surprise to me and explained why the scheduled AWTA meeting was held earlier than usual on 6th November.

CC Events is a new company set up by long time Thamesmead residents Chris and Catherine Molnar so they know the area pretty well, not least because at one time Chris was the Community Copper for Lesnes Abbey ward and the only serving police officer I ever trusted.

The couple have run markets across the north of the borough for Peabody in Thamesmead and for Bexley Council at Lesnes Abbey although the Wilton Road market is held just a yard or two over the borough border in the car park and garden of the Abbey Arms next door to Abbey Wood station. I think they have been active in Welling too.

The first market in which I was slightly involved was held in Wilton Road in September 2018 and if I have counted correctly there have been four more at that venue since then with another due on 15th December, the first to be held on a Sunday.

I have no idea how CC Events manages to make money but they have a long term plan to improve the area by degrees. At the outset it must have been hard work with not many more than 20 stalls paying just a tenner a pitch and the raffle prizes being worth more money than was taken in ticket sales; but you have to start somewhere and given enough support prospects should improve. Plans are afoot for the Wilton Road Food and Craft Market to go monthly from next March with the active participation of the Abbey Arms and support from local traders.

Greenwich Council has been supportive following the success of the first market but maybe Bexley a little less so so far; hence Sally Hinkley’s interest and the Deputation. This is a summary of what was said… 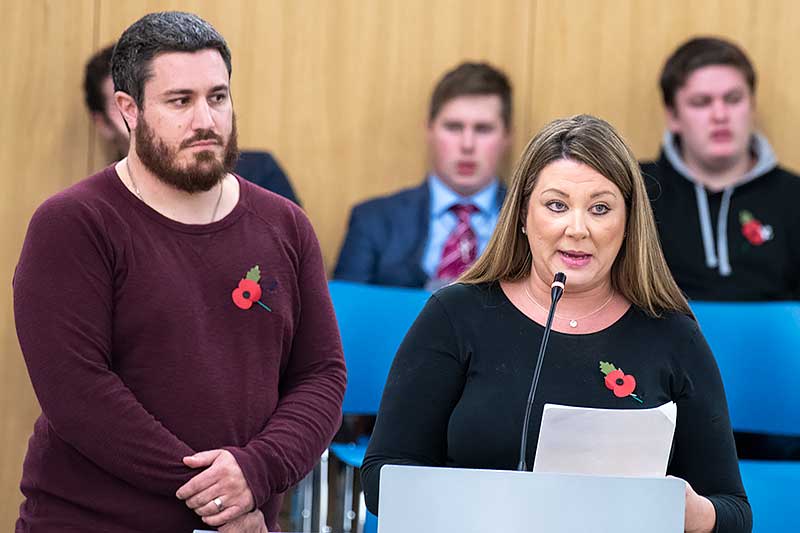 Catherine Molnar’s introduction ran through some of the information provided above but added that her company had been finalists in two categories of the 2019 Bexley Business Awards and that her aim was to bring events and markets to the less well off areas of the borough.

They not only bring food and craft produce to those areas but also provide free children’s entertainment and free stalls to local charitable and community groups. The markets bring vitality and improved footfall wherever they are held. Schools and Brownie Groups have taken advantage of the facilities on offer and have even made money from them.

Catherine said that with only two people staging the events, (booking stalls, buying decorative bunting, dealing with licensing regulations etc.) they need every bit of help they can get if their ideas are to reach their full potential. She sought Bexley Council’s full cooperation and expects their own endeavours to be an asset to the borough. Maybe at least a feature in the Bexley Magazine? She received a round of applause. 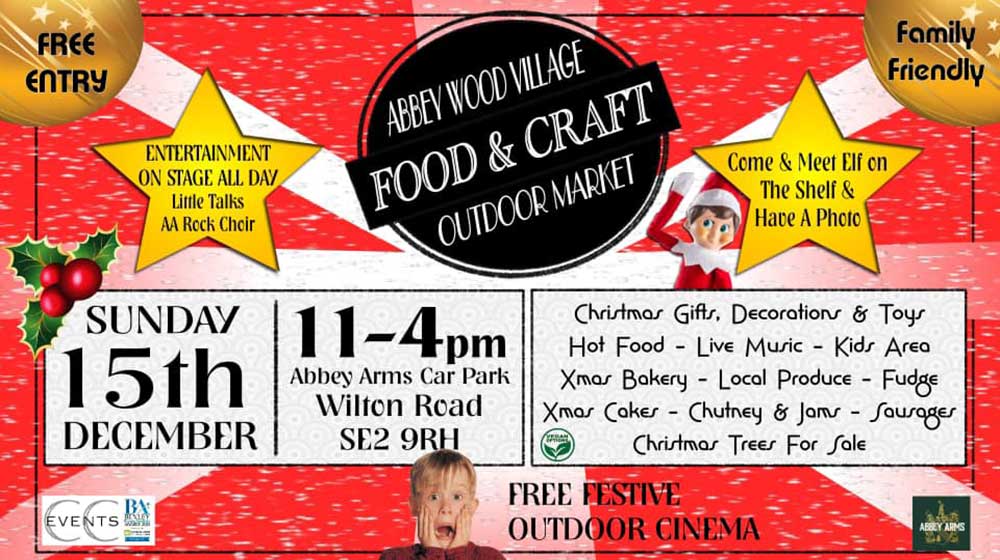 Chris Molnar fielded a few questions. He said that Abbey Wood Village has been in decline, especially so since the Crossrail related works began in 2013, but was “buzzing” on market days and the traders have reported increased sales and a reduction in the level of Anti-Social Behaviour which can be a problem in the locality.

His Social Media feedback has included “I was thinking of buying a house in Abbey Wood and your market makes that decision a winner”. “I’d stopped coming to the village because of the betting shops but on market days, wow what a difference.” “Thank you for giving us our village back.”

In the near future the market will expand to include a bakery and a fresh fish stall which Abbey Wood village has not seen for a very long time, if at all. It will also diversify into theatre on the Abbey Arms stage and public health demonstrations such as CPR.

Chris too received a round of applause.

The Mayor promised to send the Deputation to the responsible Cabinet Member for his consideration.

Later in the meeting, Independent Councillor Danny Hackett referred to Welling Round Table and to CC Events both of which. he said, endeavoured to give something back to the community and asked how Bexley Council plans to #doitforbexley too. Council Leader Teresa O’Neill responded as follows…