The following report is left here but it is very mysterious. An early morning visit to the Lesnes Abbey playground has revealed no sign of damage to any equipment and I can only conclude that the photographic evidence of fire is deceptive. It seems unlikely that a regular commentator to Bonkers would be responsible for a hoax message. Apologies for the misinformation or at the very least exaggerated arson report. 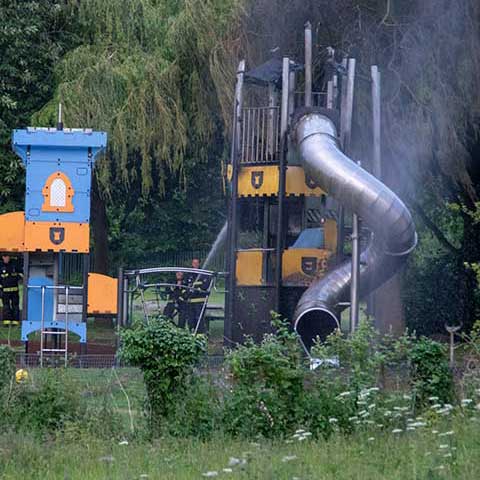 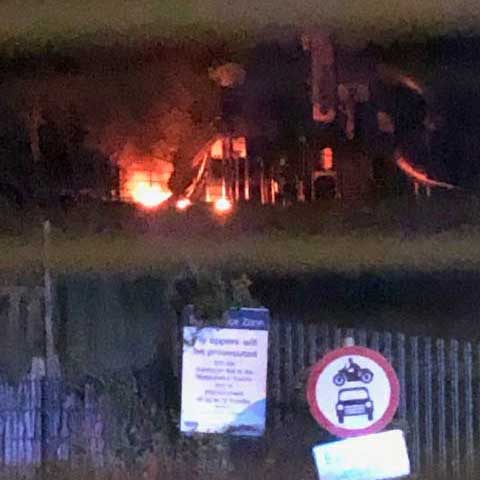 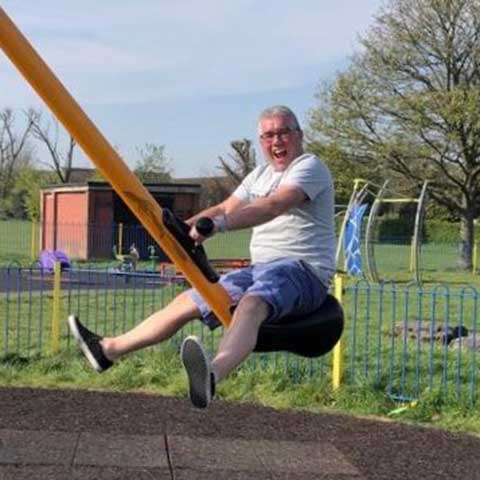 I have been early to bed for the last few night after tiring days fielding silly questions in a Newham hospital and grappling with the lack of Bank Holiday transport but a neighbour has reported that I missed the return of the arsonists to Lesnes Abbey playground. Fortunately the fire brigade turned up before too much damage could be done she says although Photo 2 suggests otherwise.

The amount of vandalism and petty criminality in and around Abbey Wood is getting out of hand with two youngsters having their phones nicked by a ginger haired hooligan from Bexleyheath and a toddler knocked off his bike by a marauding off road motorcyclist in the past 24 hours alone. All in Lesnes Abbey park.

Councillor Craske is going to go absolutely ballistic if damage has been done again and who would blame him?

If the useless police spent less of their time looking for hurtful words on the internet I might have some respect for them, until then, absolutely none.