31 October - The real end of the month round up

I admit it; I have been away for a few days and recent blogs have arrived courtesy of a volunteer from Welling. Upon my return I found a number of things to catch up with.

South London Healthcare Trust
As already stated the PFI disaster at Woolwich and Bromley hospitals is not really within the Bonkers remit and I couldn’t compete with the local newspaper coverage anyway. However my MP has said “Given the circumstances for the people in my constituency it’s quite a good result” which seems quite encouraging, not that I would ever go to Queen Mary’s by choice. My two brushes with their so called healthcare I considered to be abuse, but I accept that without that hospital, Bexley people would be in an even more dire situation.

The full set of proposals is available as a pdf file or just a summary if you prefer.

Slade Green Wind Turbine
Some answers have come from Bexley council about the consultation exercise.

Given that I have briefly seen that document and heard sections of it read out, the final answer has been rejected. The first three amply demonstrate the contempt with which Bexley council treats its residents.

Councillor Craske and the obscene blog
As reported in today’s News Shopper councillor Peter Craske is no longer on police bail for what is widely assumed to be the obscenities posted on the web by Bexley council or its associates in my name. According to the police, nothing has changed, he or whoever it is remains just as much a suspect as always. This is what they have said to me…

Further to my recent correspondence with you I write to inform you that the person whom police had arrested in respect to the allegations you made to police on 8th June 2011 has been informed that at this time police are 'not proceeding' with any charges against them and that accordingly they have been released from Police bail.

The option to 'not proceed' is used by police where persons have been on police bail for some time and the restriction placed upon that person by being on police bail is no longer required. I need to be clear that this does not mean that the person concerned is no longer under suspicion nor that police have concluded the investigation. The investigation into the allegations made by you are continuing, particularly the analysis of the computer and communication devices, and should further evidence be obtained which requires with the arrest [sic] or further interview under caution of that person then police will do so. The investigating officer will continue to update you as the investigation progresses.

I no longer believe anything said by a Bexleyheath police officer. It is two weeks since more obscenities were successfully traced to a business name which is very closely associated with councillor Craske, quite some coincidence you might think, but in those two weeks Bexley police have made no attempt to see that evidence for themselves or check it out with those who traced it for me. They are uninterested, negligent and almost certainly corrupt.

I can use that term about Bexley police with some confidence because one of my long term correspondents has just successfully sued Bexley police for exactly that. A Judge said Bexley police’s documents were “wholly inaccurate” and “show quite clearly a version of events that is different from the conclusions reached by the officers at the time.” The police “failed to properly consider the accurate information that was available”.

When thoroughly caught out they refused to accept that the incident that gave rise to the court case ever took place. The Judge ruled against them on every count and their appeal was refused. I know why the police were so reluctant to investigate the case and the reason is not a million miles away from the far too cosy link between themselves and a council that treats them to free lunches. I am hopeful that one day I shall be able to provide a little more detail. 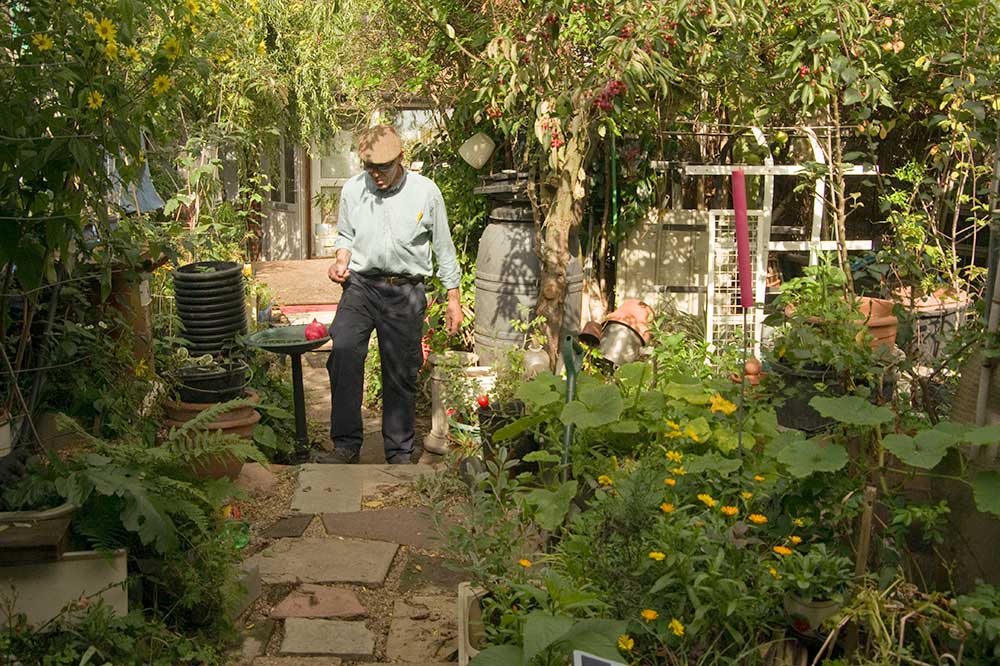 Something I had often noted when visiting Rita’s garden is that it was near impossible to find any place in it with a clear view of a neighbour’s window yet her alleged wrecking of the local amenity by the “ramshackle sheds” and dereliction was a main plank of Bexley council’s argument.

I made another phone call to Rita just before I went away which covered this aspect of Bexley council’s false claim. Under questioning John Waring (Bexley Environmental Health) was forced to admit in Court that he had taken the photograph of Rita’s roof garden after clambering into a neighbour’s roof space, opening a fanlight and sticking his head and camera through the hole. And Rita’s roof garden cannot be all that ramshackle as I’ve seen it support the weight of four people. The more I hear of Bexley council’s humiliation the more I regret muddling my court appointment and consequently failing to be there.

Thames River Crossing
One of several letters on my doormat when I got home was one from Transport for London (TFL) seeking my views on their ideas for a new tunnel and ferry. My own view is that councillor Teresa O’Neill should carry much of the blame for the present isolation of this part of London from the new business and work opportunities around the Isle of Dogs and more recently Stratford.

I confess to a personal interest in Thames Crossing issues because I have to go North regularly to look after an elderly relative but we are to be asked to pay to go by ferry boat which is no advance on what happened in Medieval times except that it won’t be a penny a trip and additionally made to suffer tolls on the Blackwall Tunnel. Surely Conservative leaders whether they be David Cameron or Boris Johnson should know by now that they only have to antagonise committed Conservative voters (that’s me; 100% record since 1964 †) to that extent once and they are lost forever. There is absolutely no reason to come up with a new idiocy every week.

TFL River Crossing consultation.
† Except that a friend stood as a Liberal in a council election in Aldershot circa 1970. Fortunately he failed to get in.