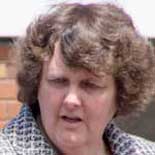 Bexley council is famed for many things, unfortunately few enhance its reputation. It is high in the league table relating to recycling and the standard collection services it offers its residents are generally good - and that is about as far as it goes. Anything that won’t fit in the bin will cost you £30 for one or two items.

It pays its senior staff at a rate which puts it 6th on the Tax Payers’ Alliance list and its constant  inflation beating tax rises over all but the last three of the past 25 years has taken it from third lowest taxes in London down to 24th position out of 32 in 2012. However the real problem is one of underlying dishonesty. The Bonkers website was started because of one such blatant lie but that proved to be the tip of a vast iceberg. Bexley council is so intent on covering up its history of lies that it has resorted to exploiting every loophole in the law relating to councils that it can discover and in some cases actual criminality. So that you do not have to scour this website for details here are a few highlights from the last handful of years.

• A former council leader used his council credit card for various nefarious personal purposes and when he did the same with a Greater London Authority card was convicted of fraud. However Bexley council turned a blind eye to ten times as much money taken from its tax payers than on the GLA card, and his then deputy, now council leader, Teresa O’Neill claimed not to know anything whatever about her colleagues activities. Believe it if you like.

• In an attempt to get a critic silenced the council leader and her chief executive told Bexley police they had been threatened with arson and injury by pointed objects. It was a blatant lie with only one purpose; that dishonest politicians should be immune from exposure. The police responded with two threats of arrest without any evidence that an offence had been committed. Nor did any exist. It required the intervention of the Independent Police Complaints Commission to rule that Bexley police had exceeded its authority by responding to a false accusation which even the simplest of investigations would have revealed to be an attempt to pervert the course of justice.

• In a similar episode which had far more traumatic results, a Bexley councillor alleged that a resident had sought to have dog faeces put through his letter box. This was another blatant lie and the evidence in the hands of Bexley police proved it was a blatant lie but they nevertheless brought a prosecution. The District Judge was provided with false evidence of a different crime and as a result the victim was found guilty. It took the intervention of an Appeal Judge and an expensive barrister to get the injustice overturned.

• A Bexley councillor, to be pedantically correct lest the reader jumps to any conclusions, allowed his telephone line to be the source of a number of obscenities directed at Bexley residents who are critical of the council to be posted to the web. Bexley police took more than 18 months to finally sweep the matter under the carpet in order to protect Bexley council. Among the tricks employed was waiting eight months between identifying a suspect and examining his computer equipment and dragging their feet to the extent that possible charges time expired.

• Guidance on the conduct of council meetings issued by central government has been systematically ignored. Not just ignored but Constitutional changes have been made so that the wishes of the Secretary of State can have no effect.

• Since May 2011 Bexley council has deliberately offended against the Data Protection Act by publishing the names and addresses of critics and those asking serious questions on their website. Despite many complaints this has continued and been defended by the Mayor and a variety of senior officials up to Chief Executive level.

• When the Mayor directed that use of the Hearing Loop system in the council chamber was optional and proceeded to abuse and threaten the hard of hearing, Bexley council’s Standards Board ruled that he had committed no offence and any disrespect shown was solely the fault of the deaf for daring to request that the Hearing Loop was activated.

• Allowing and defending the practice of Cabinet members being scrutinised by committees chaired by spouses and allowing Directors and their Deputies to be married couples contrary to all sensible employment guidelines.

• In addition there is a myriad of more minor things. Golden handshakes of £300k. and £50k. pensions to staff going on to jobs with other local authorities arranged over cosy evening meals at taxpayers’ expense. Hiding things from the auditor, throwing petitions in the bin, lying to the Information Commissioner and the press, falsifying accounts to ‘prove’ that it costs around £250 to issue a parking permit and claiming that the borough has the greatest number of and cheapest parking spaces in South East London when neither was true.

This is an archived copy of the Site’s Home page placed here on 6th April 2013. For the current Home page please use the menu above.