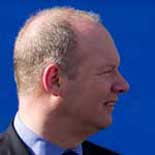 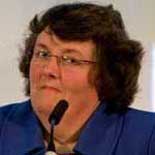 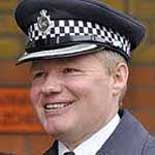 Take a good look at this bunch of ruthless and malicious incompetents. These are the people responsible for raiding the home of a lone pregnant woman at dawn, seizing all the equipment from her home office - she is self-employed - and leaving her without her computers, phone, camera, memory sticks and all the other paraphernalia of modern business. It remains confiscated two months later.

The grinning cop was so confident that he was on to a dangerous criminal that all his men were stripped of ID so that they could do what they liked without fear of comeback. Perhaps he had already booked a place at Guantanamo Bay or maybe he just keeled over at the behest of his political paymasters. Hard to tell and now we will probably never know because all the harassment charges against Olly Cromwell were dropped at the Magistrates Court this morning (21 December 2011). He will not be tried for that offence. He is entirely innocent in law of harassing anyone.

But it’s not the end of the matter because we are dealing with deeply wicked people intent on silencing all criticism presumably because there is corruption to be hidden; what other reason could there be?

Their next wheeze is to get Olly on a charge of sending an offensive message. It is a political act (Olly’s barrister instantly expressed that view) worthy of a corrupt dictatorial regime. In Bexley we seem to have one. This is modern day Conservatism purporting to be operating under David Cameron’s creed and chosen by Mayor Boris Johnson as the best example in London of Conservative politics in action, but in truth plumbing the depths of political skullduggery. Boris not only acts the buffoon, he must be one to associate himself with bent Bexley. 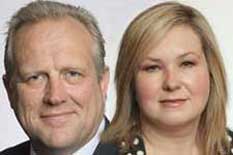 The new single charge against Olly is that he Twittered “What c**t lives in a house like that, let’s post him actual sh*t” alongside a picture of an unidentified house. It was Bexley councillor Seymour’s house but you would need to know that to put two and two together. Councillor Seymour isn’t a Twitterer so he wouldn’t know of it and could have lived in blissful ignorance; but enter stage left councillor Sandra Bauer, busybody and nosy parker extraordinaire. She saw the Tweet and got on to Seymour straight away and the invitation to post “actual sh*t” - which I took to be Twitter-speak for send critical messages - was magically transformed into “put dog faeces through the letterbox”. Not sure why Bauer and/or Seymour found it necessary to embroider the truth, but between them they did.

Is that single Tweet offensive? It’s not for me to say but I do know you can read worse on the net any time you like and unlike Olly’s Tweet not all fail to identify the target.

In Court on 21 December 2011 there were 44 minutes of legal debate. I heard the judge say after consulting a big fat book that it will be necessary to prove that Olly’s Tweet was not only “grossly offensive” but that he intended to cause “distress and anxiety”. Given that Olly was not communicating with councillor Seymour I have my own opinion on that. The only reason that Seymour could possibly have become distressed is because councillor Sandra Bauer brought the Tweet to Seymour’s attention. It was she who effectively ‘published’ the comment, or should I say a mischievously exaggerated version of the comment?

The trial has been reset for 13:30 on 14th February 2012 at Greenwich Court. Seymour and Bauer are both to be summoned as witnesses. Conservative and Labour councillors with a common goal. What could that be? The perversion of justice and the subjugation of democracy?

The District Judge expressed his disquiet at the police’s continued refusal, even after formal requests by Olly’s barrister, to return Olly’s wife’s computer equipment etc. He pointed out that no part of the new charge depended on digital information that is in dispute and there can be no reason for Bexleyheath police to be so unreasonable. He regretted that he was not empowered to order its immediate return.

Olly’s barrister said the prosecution was seeking a restraining order on Olly forbidding him doing anything related to Bexley council, or blogging, or swearing. Nothing has come of that so far but it serves to illustrate just how deeply the Stalinist tendency is entrenched within Bexley’s rotten council.

This is an archived copy of the Site’s Home page placed here on 22nd December 2011. For the current Home page please use the menu above.