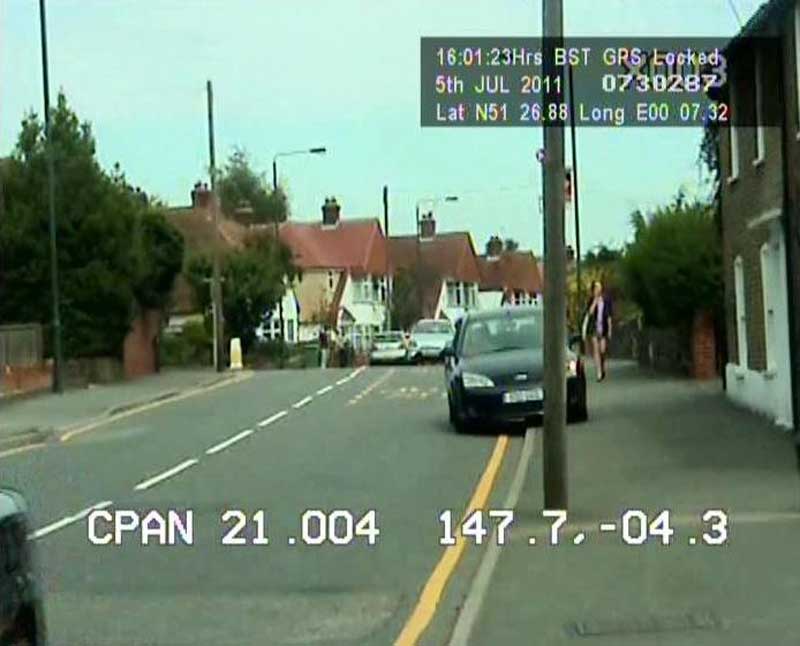 Case Reference: 2110523461
Appellant: Michael Edward Scott
Authority: Bexley
VRM: 500GGG
PCN: XL80698135
Contravention Date: 05 Jul 2011
Contravention Time: 16:01
Contravention Location: Blendon Road
Penalty Amount: £110.00
Contravention: Footway parking (one - four wheels on footway)
Decision Date: 07 Dec 2011
Adjudicator: Anthony Chan
Appeal Decision: Allowed
Direction: Cancel the Penalty Charge Notice and the Notice to Owner.
Reasons: The Appellant and the driver Mrs. Turrell attended the hearing. In addition to the points taken in the Notice of Appeal, Mrs.  Turrell also brought up the issue as to whether the camera used in the enforcement action was approved. She said that she discovered the point due to local press interests and through discussions with a local Councillor.

I have to decide whether I should rule on this point without giving the Authority a further opportunity to address it. I have concluded that I should not adjourn the matter. Whether a recording device is approved by the Secretary of State is fundamental to the validity of the PCN. The Authority has in fact provided evidence which it says shows that the device is approved. It is therefore for me to decide whether such evidence is sufficient. If the evidence is insufficient, it would not be just for me to give the Authority the opportunity to put it right, especially as both the Appellant and the witness have appeared and they must have some expectation that the matter will be concluded.

The evidence that the recording device is approved is insufficient to such an extent that one might say that there is no such evidence at all. The evidence came in a statement provided by the camera operator, who says that "the equipment used is as prescribed and in accordance with the London Local Authorities Act 2000 and the Code of Practice approved by London Councils."

Regulation 6 (a) of the Civil Enforcement of Parking Contraventions (England) General Regulations 2007 provides that a penalty charge shall not be imposed except on the basis of a record produced by an approved device. Section 92 of the Traffic Management Act 2004 provides that an approved device means a device of a description specified in an order made by the appropriate national authority. This is a reference to the Civil Enforcement of Parking Contraventions (Approved Devices) (England) Order 2007. The London Local Authorities Act 2000 and the Code of Practice approved by London Councils have no relevance.

This means that there is no evidence to enable me to conclude that the device used was properly approved. The PCN is therefore invalid and I must allow the appeal.