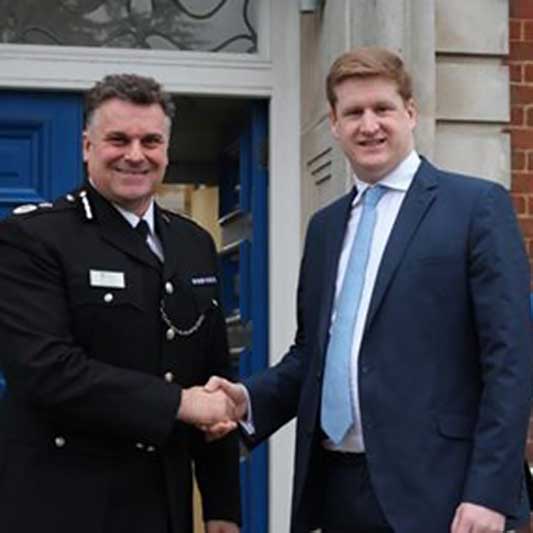 Kent Police did not reply to my letter dated 26th March 2018 in which it was alleged that the witness statement written by former Bexley Councillor Maxine Fothergill upon which they justified a charge of Harassment against me was for the most part untruthful.

Kent Police did not reply so on 18th December 2018 I asked them why not. Their reply is reproduced below. In essence they assert that I was not Ms. Fothergill’s victim so they are not obliged to tell me anything.

I refuted their claim in an eleven point email on 14th January 2019. That email is also reproduced below and two weeks later there is still no acknowledgement of Kent Police’s mistake.

Both the Police and Crime Commissioner and the Independent Office for Police Conduct have said that it is not something in which they have any interest.

The IOPC in particular is adamant that there is no way of tackling police incompetence short of a private prosecution and the PCC has assured me that their intransigence over investigating several allegations of crime against Ms. Fothergill has absolutely nothing to do with corruption.

I might be more inclined to believe them if I was not in possession of quite enough evidence - and in some cases admission - of corruption, however I must confess that none of it involves the Kent force.

This page will remain in place until Kent Police provide an answer to the question “who was the victim of Ms. Fothergill’s malicious statement if it was not me?”.

Reply: Rejection of Chief Constable’s claim that I am not the victim of criminal intent

For the attention of Miss Sonya Gransden

In your letter dated 8th January 2019 you state that I am not the victim of former Bexley Councillor Maxine Fothergill’s criminal intent and that because of that you are “not obliged to provide any update”.

1) It is my name that occurs 22 times in the largely untruthful statement Ms. Fothergill made at Swanley Police station on 29th December 2017.

2) It was me who Sergeant 11901 Robbie Cooke decided to charge after failing to check whether Ms. Fothergill’s opening remarks were untruthful, something he could have found to be the case with a few clicks on Bexley Council’s website. He also failed to notice obvious contradictions in the statement made against me.

3) It was me who was compelled to attend Swanley Police Station under threat of arrest for non-compliance for interview under caution on 18th December 2017.

4) It was to my house that PC 13546 Abbie Brookes made a personal visit to tell me of her Sergeant’s decision to charge me with harassment for reporting with meticulous accuracy how Bexley Council and the High Court had dealt with Ms. Fothergill’s activities.

5) It was my name that appeared on the Charge notice dated 30th January 2018 and delivered to my address.

6) It was me who had to put down a deposit of £3,600 with a firm of solicitors to prepare my defence.

7) It was my barrister to whom the Crown Prosecution Service sent advice on 5th March 2018 that they would not pursue the case against me.

8) It was me who was awarded £323.45 by Sevenoaks Magistrates’ Court to offset my legal costs.

9) It was to me that a Kent Police Inspector sent an email advising that lessons must be learnt and that PC Abbie Brooks and her Sergeant Robbie Cooke should be given feed back as part of their development.

10) It was to me that your Professional Standards Department wrote on 29th July 2018 to contradict the Inspector’s view and claim that neither Brooks nor Cooke had done anything wrong.

11) It was me who was featured in Private Eye Issue No. 1466 which highlighted Fothergill’s “bullying” and the unwarranted charges brought by Kent Police.

Please let me know exactly who was the victim of Ms. Fothergill’s malicious statement if it was not me.

My letter of 18th December 2018 said I would refer the case to the Independent Office for Police Conduct “this time next month”. That remains the cut off date while no satisfactory response is forthcoming from the Chief Constable.