15 March - Across the water

How do you protect yourself from the Chinese bat soup disease and someone only ten weeks short of her 100th birthday who lives fewer than four miles away but the wrong side of the river? I have recently been in the habit of visiting a minimum of twice a week, four was just too exhausting, using public transport.

The DLR from Woolwich is full at the best of times and jam packed between 6 and 7 p.m. Standing cheek by jowl with strangers is the norm and with it the danger of passing on an infection to the old lady.

The only alternative is the car but thanks to Bexley Conservatives proudly conniving with Boris Johnson we have no Thames crossing. Ken Livingston had authorised a fairly low key one quite unlike the major crossing planned during the 1990s. It was due to open in 2014. Bexley Council Leader Teresa O’Neill campaigned against it even spending Bexley taxpayer’s money on funding the campaign.

So the car journey via Blackwall takes well over an hour at best and too often more than two hours for the return via the A13.

There are some times of the day when things are a little better but the tunnel doesn’t open until 8 a.m. on a Sunday and thanks to IKEA etc. in Greenwich unless one is back at the tunnel by 10 a.m. the A13 queue is at weekday levels.

Which is why I was in East Ham by 06:45 yesterday (Saturday) morning delivering supplies.

Fortunately there is a decent stock of stuff over there now. The old lady’s hobby appears to be sitting on the loo for no good reason and using copious amounts of toilet roll. I had been in the habit of taking one or two rolls from my own stock at every visit. A minimum of three rolls a week and still she ran out three weeks ago necessitating a midnight run with two 16 packs before everyone regarded them as gold dust.

Another regular was to take around four tins of pasta, ravioli, macaroni, spaghetti etc. on each visit. It has become her staple diet and I carried on buying it even when the carer said she had enough. I wouldn’t like to tell you how many tins she has now.

On my last four trips to Sainsbury’s they have not had the size/type of milk I had planned to buy, same for eggs but why was there no Tomato Ketchup on Friday (didn’t want any but noticed) or when I fancied a pack of salted peanuts yesterday, none of them either?

Newham is a place best avoided when driving; the natives know how to floor the Go pedal and use the horn but patience and restraint is almost unknown. Maybe car ownership has been encouraged by Newham Council with their free Residents’ Parking Permits and for some, including the aforesaid centenarian, free Visitors’ Permits too.

But not any more.

Newham Council has proposed charges of up to £200 for a first vehicle and up to £400 for subsequent vehicles. (Read the small print of the table below.)

However in a move which Bexley Council shows no sign of emulating Newham is encouraging greener motoring. Free permits for battery powered vehicles and a few plug in hybrids although quite why I am unsure. Government statistics show they mainly run on petrol.

But the general approach must be right whilst Bexley’s, in the the prevailing climate, is most certainly wrong. Money before Health. Maybe that could become their new strapline? Building on parks etc. ‘Trusted by Bexley residents’ is rather arrogant and probably very often wrong too. 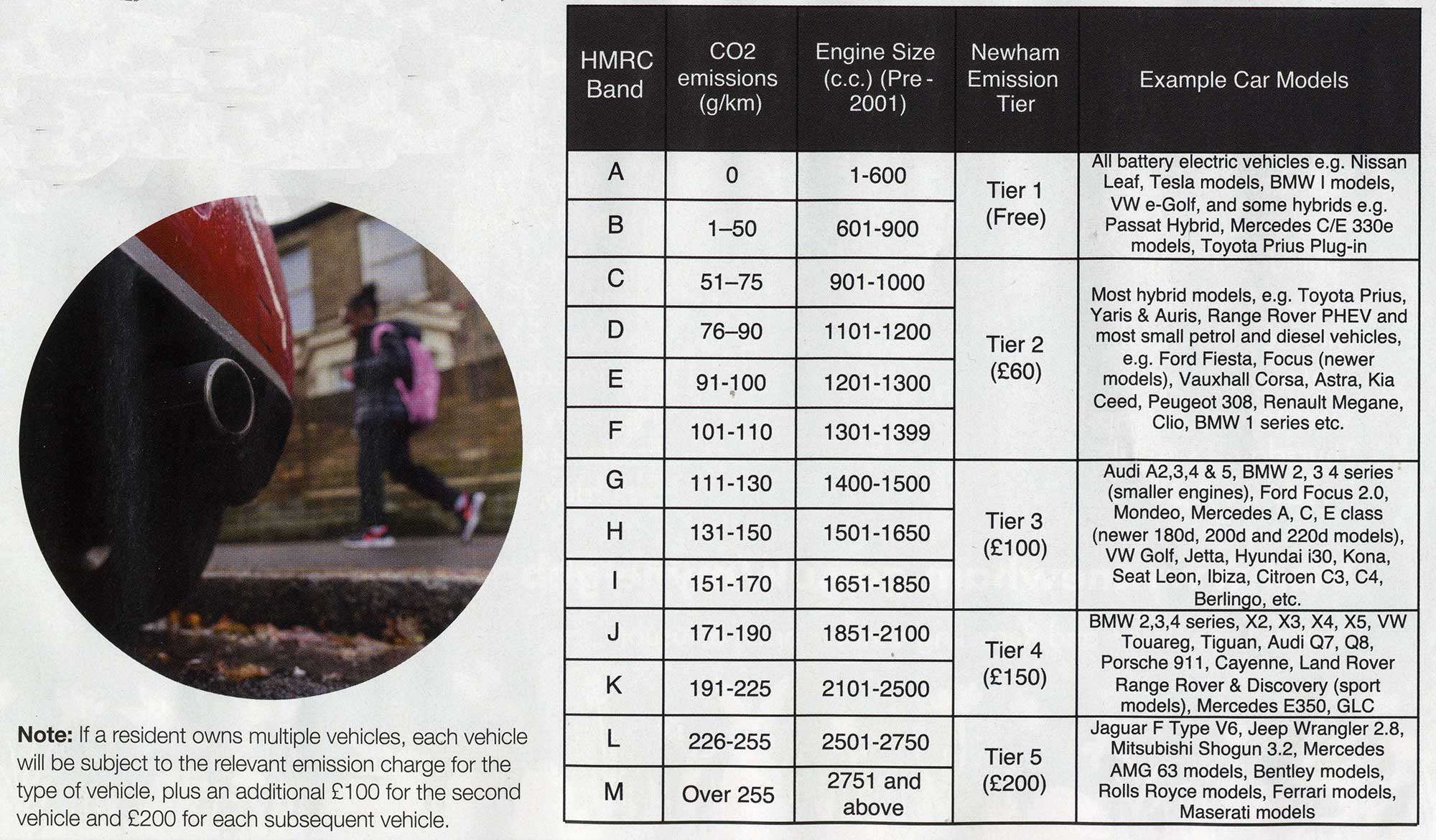