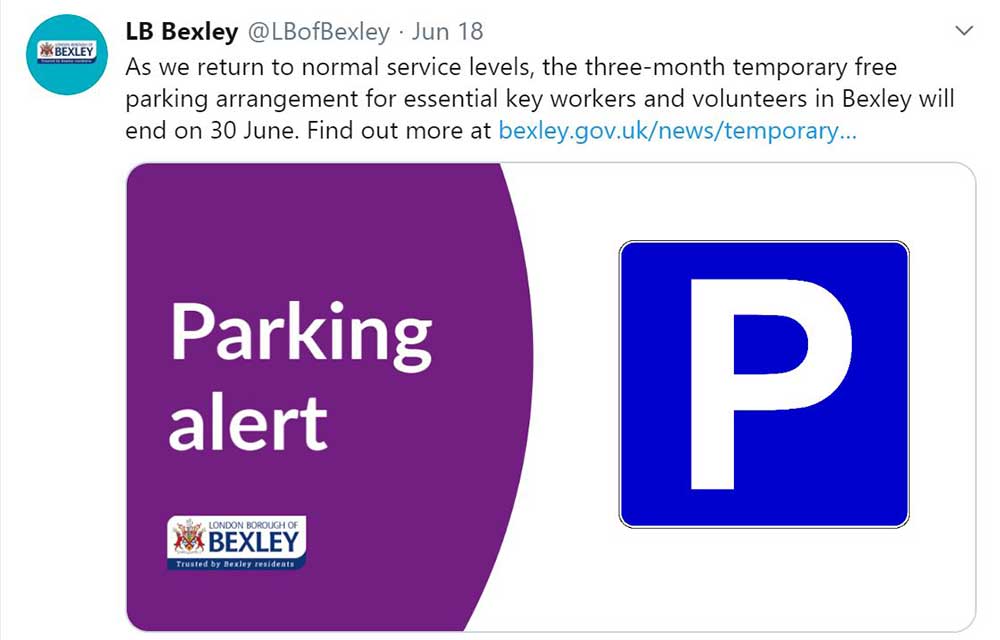 During the Government organised farce otherwise known as the Covid-19 pandemic Bexley Council appeared to think its parking concession, such as it was, was generous when in fact it was probably the most mean spirited in London. Certainly no borough did less to help its residents.

In April Bonkers highlighted the contrast with Newham, a borough I visit rather more often than I would like. Newham suspended its on street parking enforcement.

On 1st July both boroughs will change their arrangements. Bexley will of course do its utmost to issue penalties to as many people as possible by returning to business as usual. Newham will adopt the same system that Bexley has operated for the past three months.

Health workers and the like will, on application be exempted from parking regulation.

So what Bexley told residents was normal behaviour for a caring Council during a crisis is exactly the same as Newham thinks is getting back to normal enforcement.