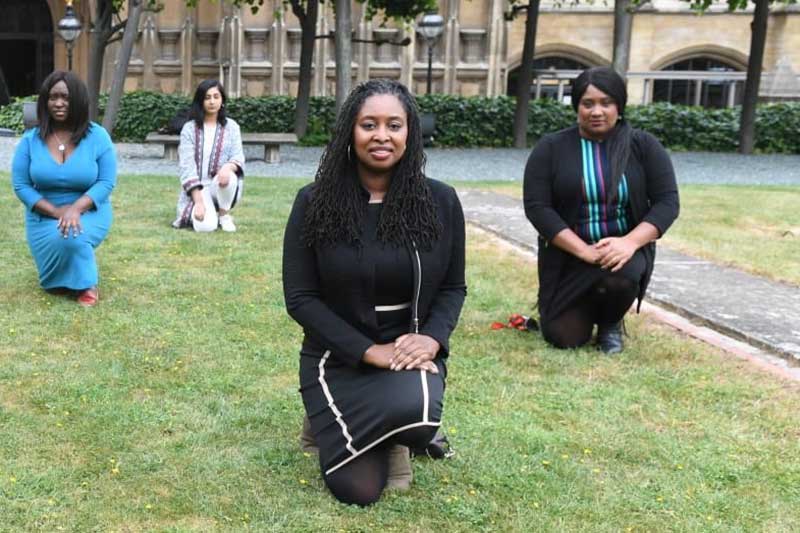 There are several photos like this circulating on Social Media right now, all slightly different. It is as if some MPs are playing musical chairs so that each of them can momentarily take pride of place. Some are of white men.

Each is accompanied by a similar caption such as “All across Erith and Thamesmead and the UK are welcome to join me as I observe a minutes silence alongside my Parliamentary colleagues at 11am, in honour of George Floyd.”

So my MP is not protesting against racism but she is honouring a criminal who thought nothing about putting a gun to the stomach of a pregnant woman.

Is it any wonder that my Inbox this evening contains references to barricades, revolutions and civil war?

If the Mayor of London, Cressida Dick and Labour MPs don’t stop stoking up racial tensions then those forecasts might just come true. And where is Boris Johnson?

I think I only encountered racism once. I was called “white vermin” by a black woman while silently pulling ivy from a wall. It was my wall and it was my ivy but apparently she liked ivy.