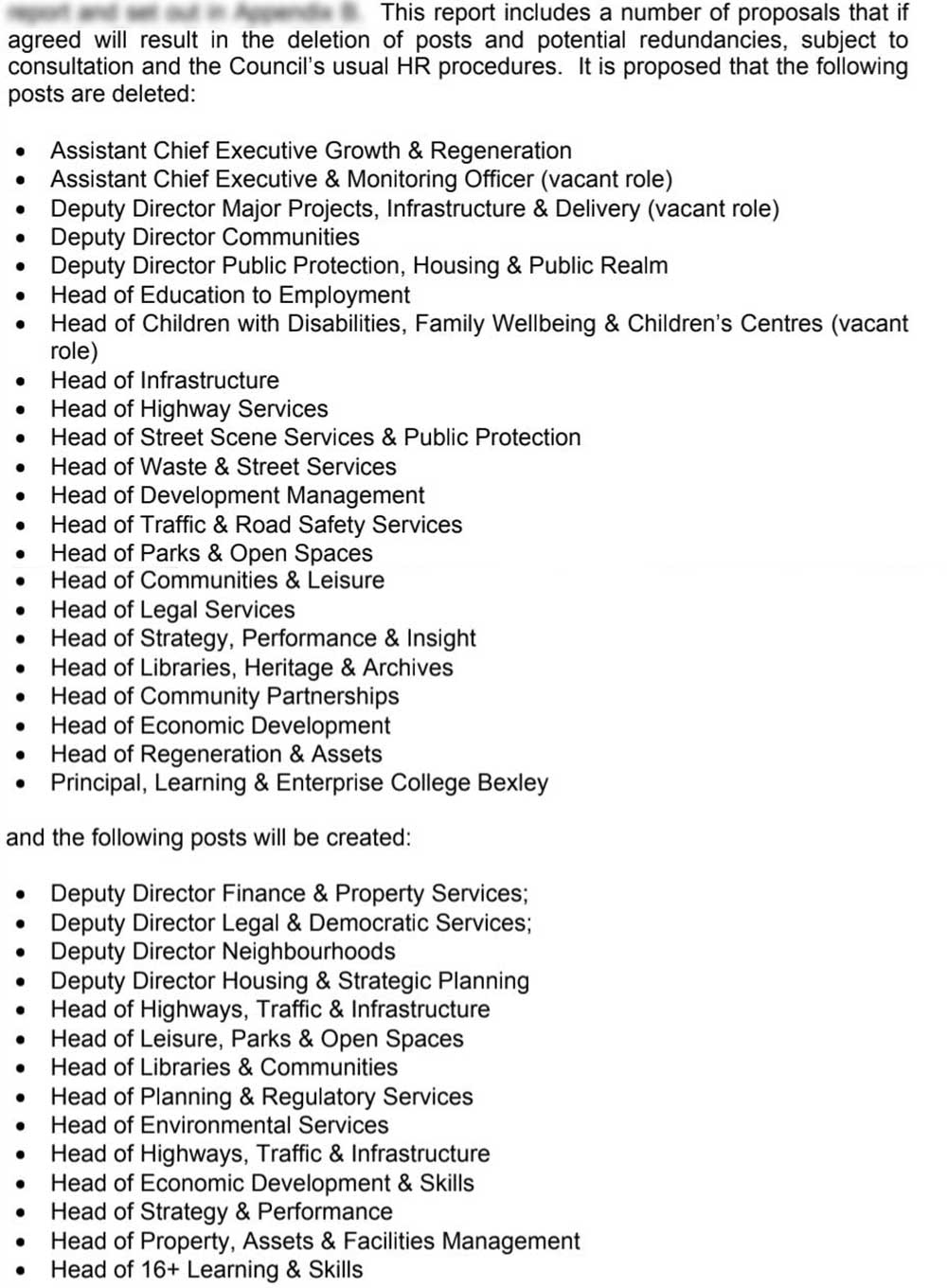 The usual anonymous messages continue to roll in but for the most part they tread a well worn path. Barnet and Newham Council employees pleased to have seen their error prone bosses gravitate to Bexley. Bexley staff in fear for the future of the borough.

Then there is the occasional one about how senior managers favour their friends, very close friends allegedly.

A very different one draws my attention to the lack of BAME staff in senior positions in Bexley to which I would refer you to Mr. Anjan Ghosh who has been the Director of Public Health in Bexley for the past three years and the unknown Brian Henry who is the Principal credited with turning Bexley’s College around.

But the usual fare is never far away.

“In a nod to her friend, Jacky has decided to give him a pay rise and with it all her staff.

That is my deduction from the big reorganisation at the Council to be discussed by the General Purposes Committee.

The new structure will see the end of her Assistants. A big list of changes is contained and the lucky few will get golden handshakes. What can the rest expect?

The Union has provided a detailed response to which the HR Department or maybe just its boss has implied that staff morale being at rock bottom it was was only a suggestion.

The Monitoring Officer must have his face mask over his eyes. Still they expect £900,000 to be saved from top manager salaries. I dread to think what the total wage bill must be.”