I first came to the conclusion that Boris Johnson couldn’t be trusted, to put things mildly, during a conversation with Bexley’s Police Commander who was trying to explain to me and Elwyn Bryant why they were going against CPS advice and not prosecuting a Bexley Councillor for a crime we don’t talk about any more.

Mr. Johnson was London Mayor at the time and therefore in charge of the Police.

Despite my misgivings I voted for Johnson in December 2019 as I felt he was clearly the best man for the job, which you might remember was at that time Brexit. That he was best was not a very high bar to cross.

Since then it has been Covid-19 that has dominated the headlines and I cannot in all honesty think of a single thing that Johnson’s Government has got wholly right. I accept that the virus has been a rapidly moving target and mistakes were inevitable but everything imposed on us by a Government in panic mode has been riddled with illogical nonsense examples of which are very easy to find both here and elsewhere. 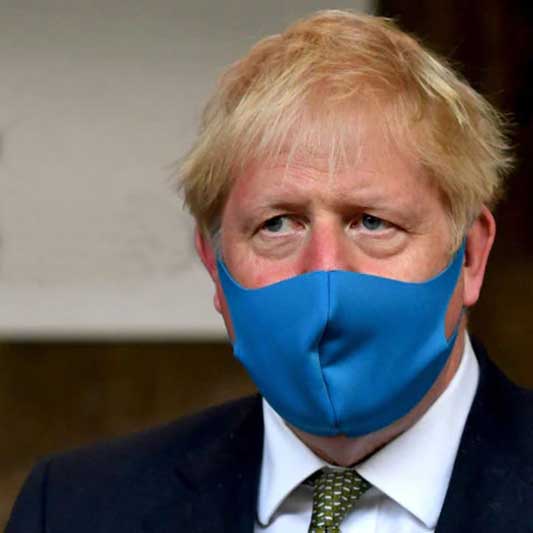 He scared the population witless with his stories of half a million deaths and now he wonders why the paranoid and the work shy cannot easily be persuaded to get on with their lives and save Great Britain PLC from bankruptcy.

He wants us to revive the economy by spending our money but puts all sorts of obstacles in the way. Registering in advance or at least at the door to go to a pub. No thanks, I have no particular wish to drink alcohol anyway.

Today it is wear a mask when shopping. For someone who spends maybe 15 minutes inside a shop each week it’s really neither here nor there whether I wear a mask. The main casualty will be my local newsagent; I already find it a bit of a chore to turn out each morning for a copy of the Telegraph and masks will be the final straw. I didn’t foresee Boris Johnson’s desire to impose a Police State whenever he sees an opportunity and compulsory masks on top of the myriad of silly rules imposed in March is a step too far for me.

What will be the rule on shopping in outdoor street markets? We have one in Wilton Road (Abbey Wood) on Saturday and another two weeks later.

What sort of mask is acceptable? Councillor Hackett kindly gave me two in March and one fell apart as I opened the packet. I have worn the other one when I’ve felt it advisable since then which is not a lot. Whenever I have my glasses have steamed up and it has drooped chinward at frequent intervals. It should be well filled with bugs by now but I seem to have mislaid it. Perhaps I left it in East Ham.

We avoided a Marxist government last December but an incompetent Maskist is not welcome either. I do not want to vote Conservative again until a man with more than half a brain is in charge of the party. Preferably an honest one but maybe that is asking a bit too much.