You were warned that there was more criticism of Bexley’s Finance Department to come but the following is not one of those, this one arrived only two days ago but the attraction to me is that it came ready made as it were and doesn’t need any knocking into shape. Time is still a scarce commodity around here. 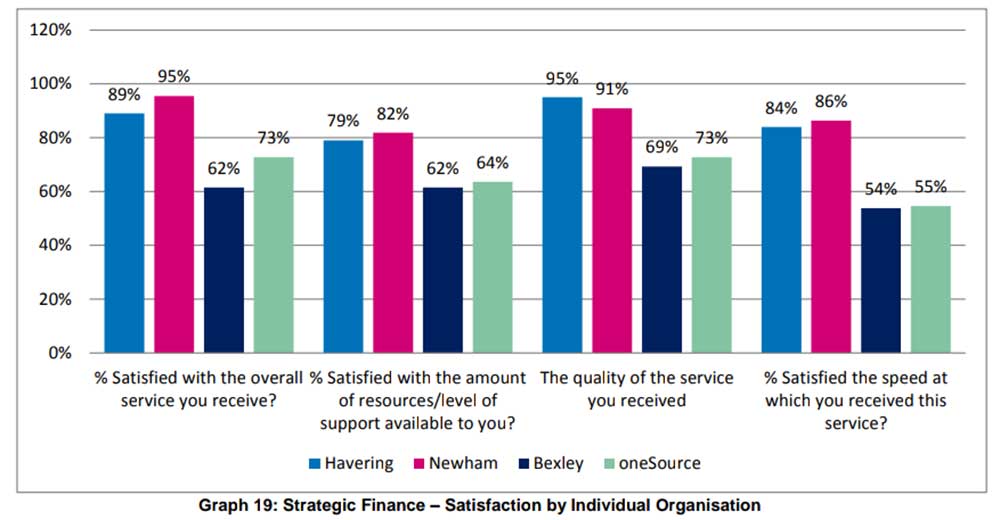 I used to work for oneSource and I regret that the partnership has ended.

The writing was on the wall in 2018 when customer satisfaction levels fell. This was particularly true for Bexley which had the lowest satisfaction rating. At the time oneSource was run by Paul Thorogood as Director of Finance. The Joint Committee tasked him to produce an improvement plan but he failed to deliver and oneSource stopped asking clients what they thought so the problem was masked.

Many of the complaints Paul was responsible for he didn’t action and he left in 2019 after delivering nothing. I left soon after but I do follow events having worked there and previously for Newham.

Some of us nicknamed the Director Shaggy after the singer who sang ‘It Wasn’t Me’. Basically he never took responsibility and left before his failings were discovered. I am surprised he is still in Bexley, particularly as it was during his time as Director of oneSource that satisfaction levels reduced.

We lost many staff due to disillusionment.

Next Tuesday Newham’s Cabinet is to discuss the penalty they will have to pay for leaving oneSource. How much is to be kept secret but there are enough clues from internal sources to surmise that the financial penalty will be in excess of £500,000.

In Bexley the withdrawal penalty is so secret that even the possibility has not been mentioned. Too embarrassing perhaps? Where would that money come from?