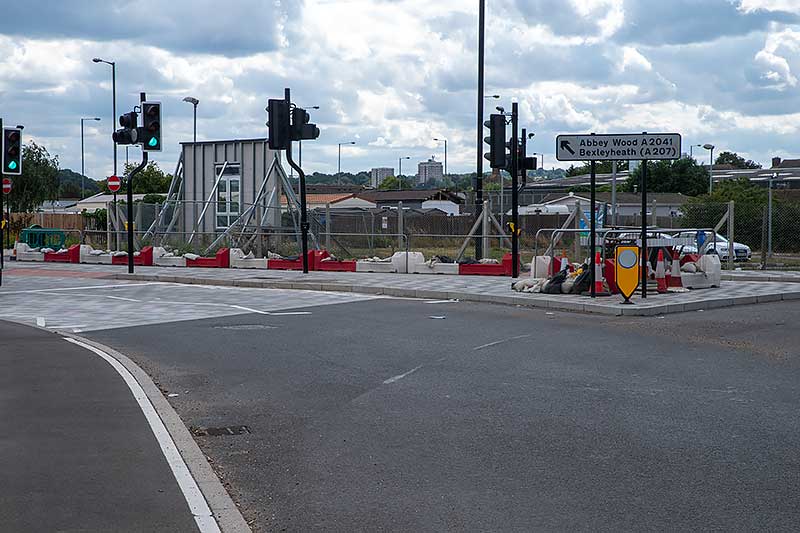 This blog began life eleven years ago highlighting the idiocy of Bexley Council’s road designs, aided and abetted by TfL so it may as well draw towards its conclusion in similar fashion.

Work on Harrow Manorway in Abbey Road is still not completed two years after Bexley Council said it would be but as has been obvious would happen for some while - because they had created a minor death trap at the Yarnton Way roundabout - a light controlled pedestrian crossing was installed last Monday.

As I discovered when returning from across the river on Thursday afternoon a new Gravel Hill/Watling Street situation has been created. When the pedestrian light is green the roundabout is temporarily grid locked.

It doesn’t compare with the vandalism of some London Councils and Mayor Khan who all fail to realise that you cannot run the country’s power house city on pedal power alone but restricting vehicle traffic plays a part in the deliberate wrecking of the UK economy. As if Matt Hancock isn’t capable of doing that single handedly.