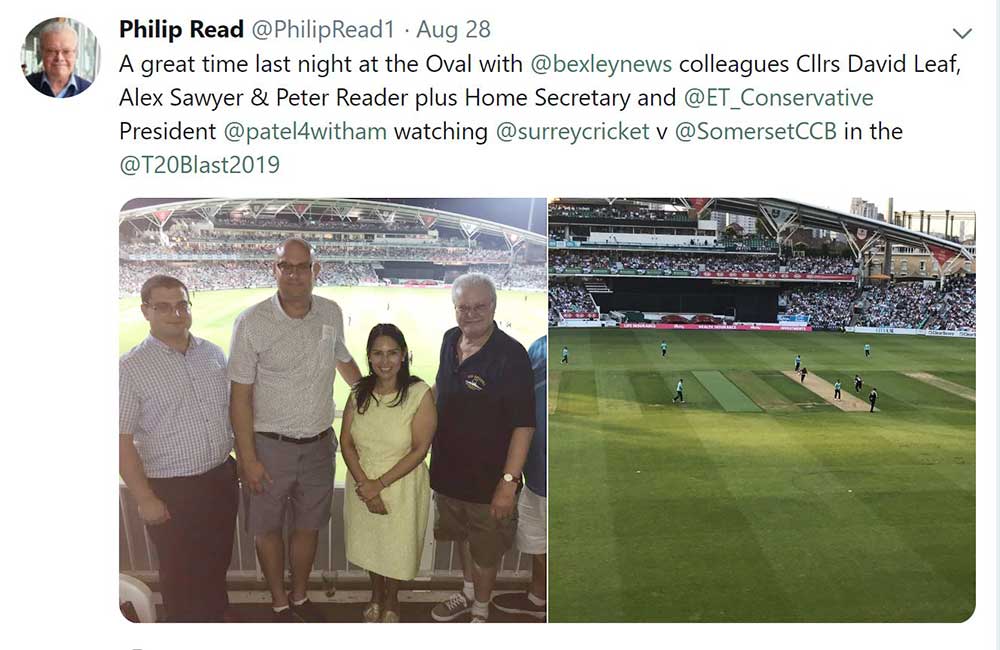 I’ve said before that for technical reasons there has to be a blog entry on the first of each month but right now I can’t think of anything of much interest. Does anyone need a reminder that Bexley Council plans to reintroduce evening road chaos to Abbey Wood and Thamesmead?

There’s only a couple of Council meetings this month that might be worth going to; I wonder who has caused the Code of Conduct Committee to be convened. Has someone managed to stick some nonsense on Independent Councillor Danny Hackett yet? It is obvious that there are people out there determined to get him for having more sense than they have.

The picture shown here is a bit worrying, I have seen Councillor Philip Read Tweeting from the Oval Cricket Ground before but I’ve not worried about it as the photographs have shown him to be sitting on the opposite side of the ground to me.

This time they are pictured uncomfortably close. It’s a good job I did not go the the Members’ Bar or I might have had to offer to buy Philip a drink.

Perhaps I should rethink my Surrey Membership. Given their performance in the T20s over the past couple of years and the number of times matches have been rained off it’s probably the sensible thing to do, Philip Read or not.