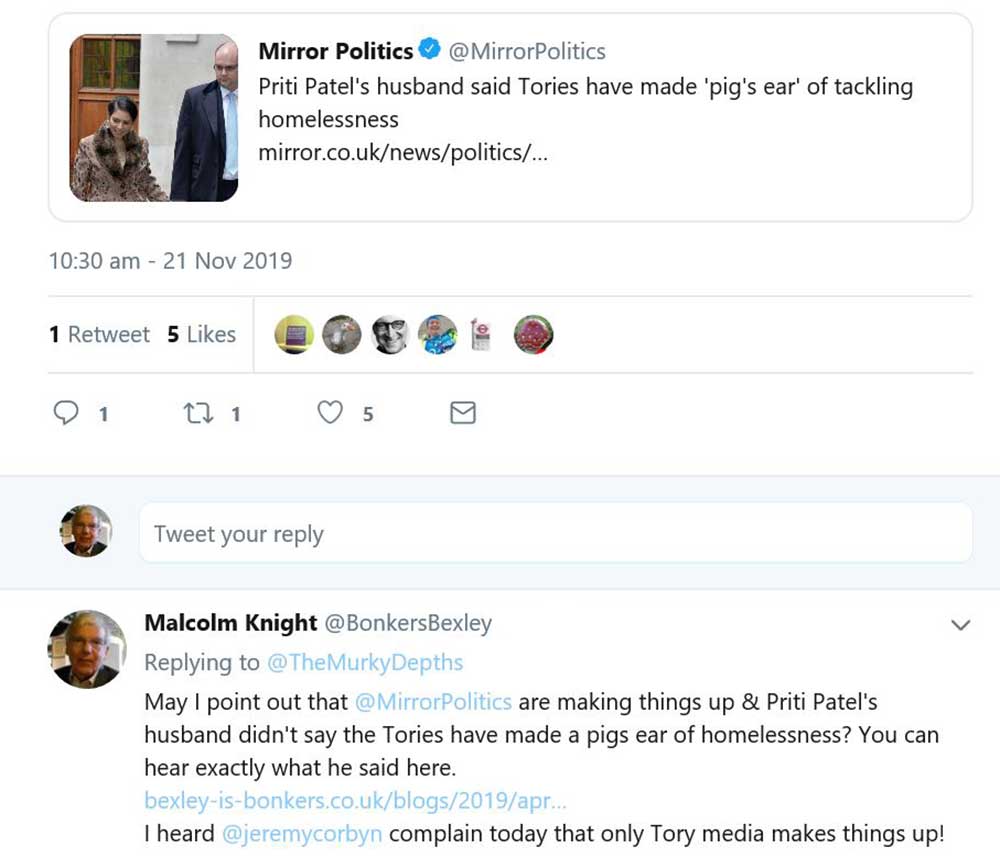 This is never going to qualify as the biggest political lie of the day but it has a local connection, hence its appearance here.

The Daily Mirror has corrupted a report taken from The Bexley Times to claim that Bexley Councillor Alex Sawyer and husband of Home Secretary Priti Patel said at a Council meeting in April that the Tories have made a pig’s ear of housing and homelessness.

He said no such thing. He blamed a succession of governments over generations and his statement was scrupulously fair and honest. Neither being qualities that appeal to the far left and their media friends.

Below is what Alex actually said in its full context…

I think the Mirror is dishonestly putting the knife into Alex’s back because of what his wife said yesterday. She took the same line as her husband. Homelessness, poverty, whatever, is all “appalling” but suggested that poverty wasn’t entirely the government’s fault. Apparently skipping school when young, going crazy with credit cards, gambling, drinking and fecklessness in general has absolutely nothing to do with it. It’s all the government’s fault.

The Left are pushing this agenda for all they are worth today. Is that really the best they can come up with? They always think that the government is all powerful which I suppose is what Communism is all about.