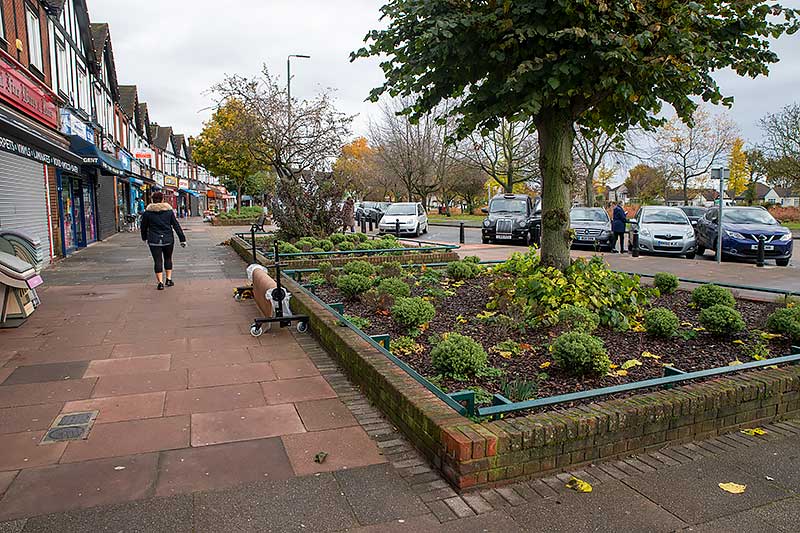 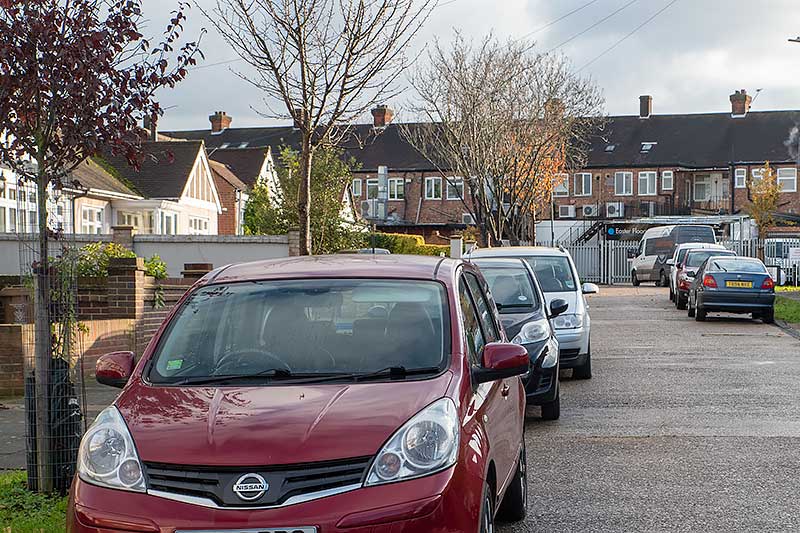 I was asked to take a look at a parking problem behind The Oval in Sidcup; it sounded similar to the one I have at the end of my own cul-de-sac. Thanks to some not very clever road design I can be blocked in by cars parking entirely legally but inconsiderately which has become almost the norm.

I drove into an area of town I barely know and along roads I have never been to before. They were crammed with parked cars and it was a case of await one’s turn to squeeze by. Eventually I arrived in Haddon Grove.

The situation was not quite as expected. It was a cul-de-sac but there the similarities with my own parking problem ended. One difference was that Bexley Council had at first made some effort to eradicate the problem but appear to have prematurely given up after the first set back.

The problem arises because the shops on The Oval use the end of Haddon Grove as a service road, their own ‘private’ tradesman’s entrance, and it attracts a steady flow of vehicles especially to the builder’s merchants on the corner.

Bexley Council took a dim view of using the rear of the premises as a loading bay and said such use was “incompatible with the residential character of the surrounding area and associated adverse impact on surrounding residential amenity, and the frequent use by commercial vehicles of Haddon Grove, a residential cul-de-sac, to the detriment of highway safety and the amenity of local residents”. The Council refused planning permission - twice.

The end result is that Haddon Grove has become the destination for a multitude of builders’ vans and trucks which are driven sometimes less than carefully along crowded access roads. 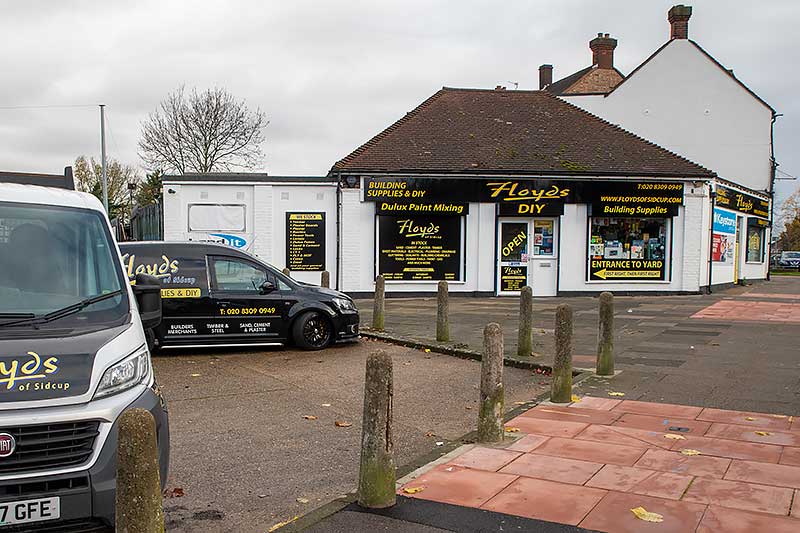 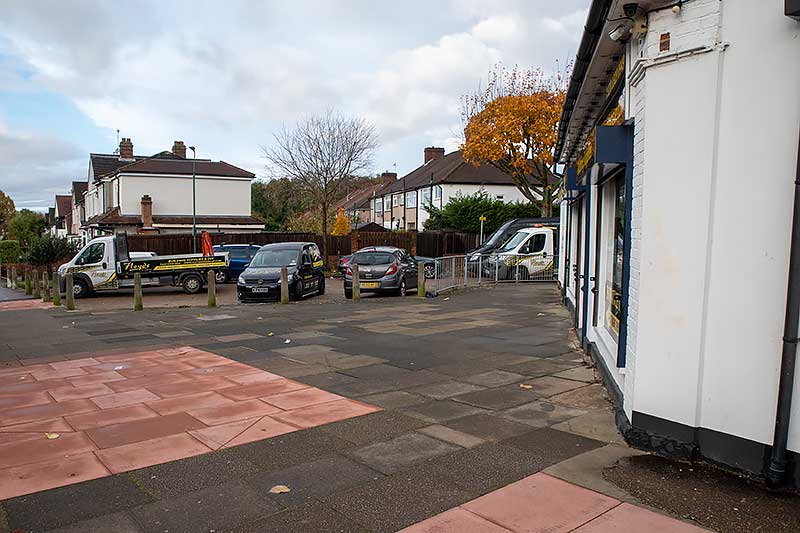 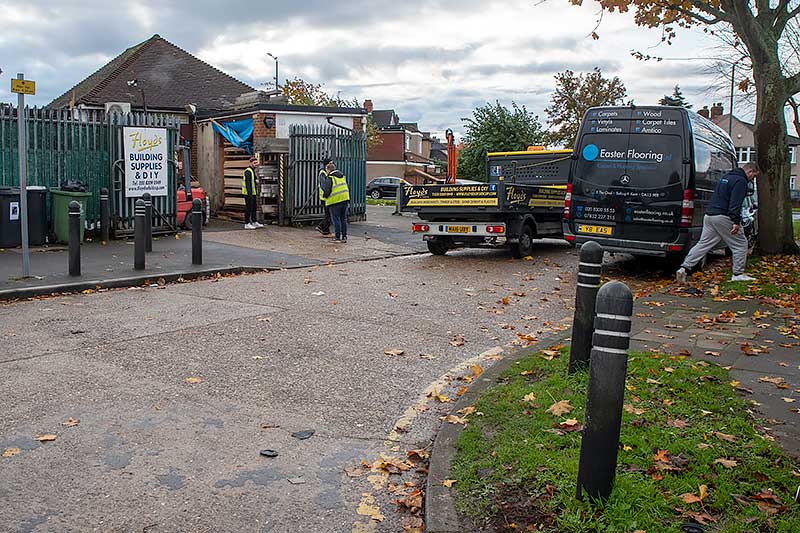 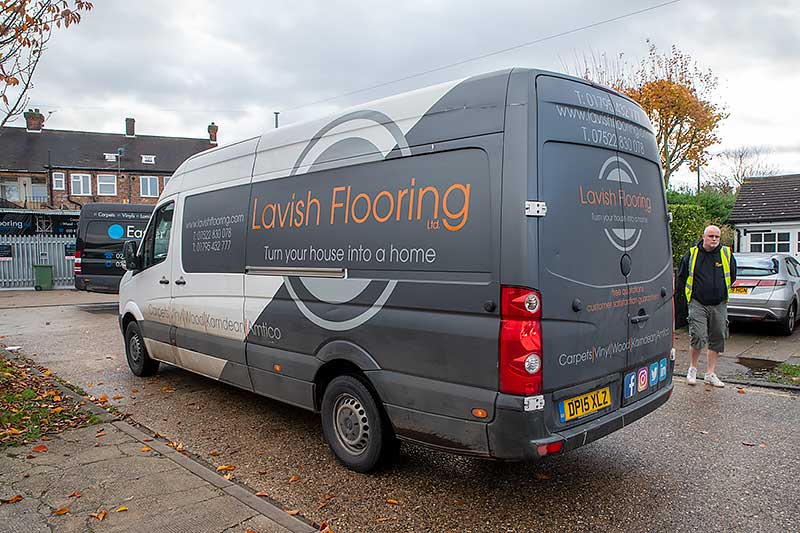 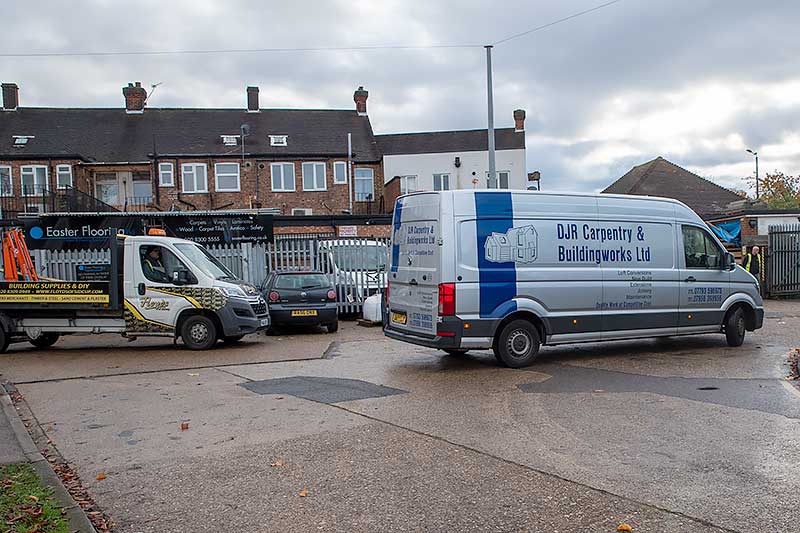 Following the Inspector’s disregard for both residents and the Council, Bexley’s options were restricted. Children cannot be allowed to play in what should be a quiet cul-de-sac and some residents have moved out having become totally exasperated by the situation.

One thing that Bexley Council was able to do was authorise a single yellow line. That is not something they will currently do for anyone whatever the justification.

With an 8:00 a.m to 5:30 pm Monday to Saturday parking restriction there is no way the various trucks and vans can legally park on the public road behind the shops. The problem should have been minimised (not eradicated because there are other parking spaces) but with no enforcement it’s proved to be an empty gesture.

The Environmental Health Department knows about the problem but proved to be impotent, hamstrung by the fact that traffic noise cannot be classed as a Statutory Nuisance. Perhaps what is needed is Councillors willing to take an interest in the situation. It wouldn’t take them long, the half dozen delivery trucks seen here were all photographed within the space of four minutes.

Enforcing the yellow line should in theory go a long way towards fixing the problem but in practice will not be enough. Maybe a road hump or two could be added to the armoury of deterrents? As the Council acknowledged just a few years ago, residential amenity has been impacted along with highway safety. They need to do more.

A recent blog showed that some Councillors like digging residents out of unfortunate situations and see it as the reason for their existence. The Councillors representing the area around The Oval (Blendon & Penhill) are David Leaf, Nick O’Hare and Adam Wildman. It remains to be seen whether they are of similar calibre.