3 March (Part 3) - The Leather Bottle site remains a mess, should we believe the developer’s plans for Woolwich Road?

This is just heartbreaking isn’t it? It’s the view from 240 Woolwich Road of the devastation wreaked on the owner’s garden and Lesnes Abbey Woods by Mr. Kulvinder Singh, the rogue property developer responsible for a number of eyesores around town.

How would you feel if the house you bought for its wonderful woodland views and in which you had invested so much time and money was brought to this in just a week or two by someone who ignores the planning laws while Bexley Council slumbers? 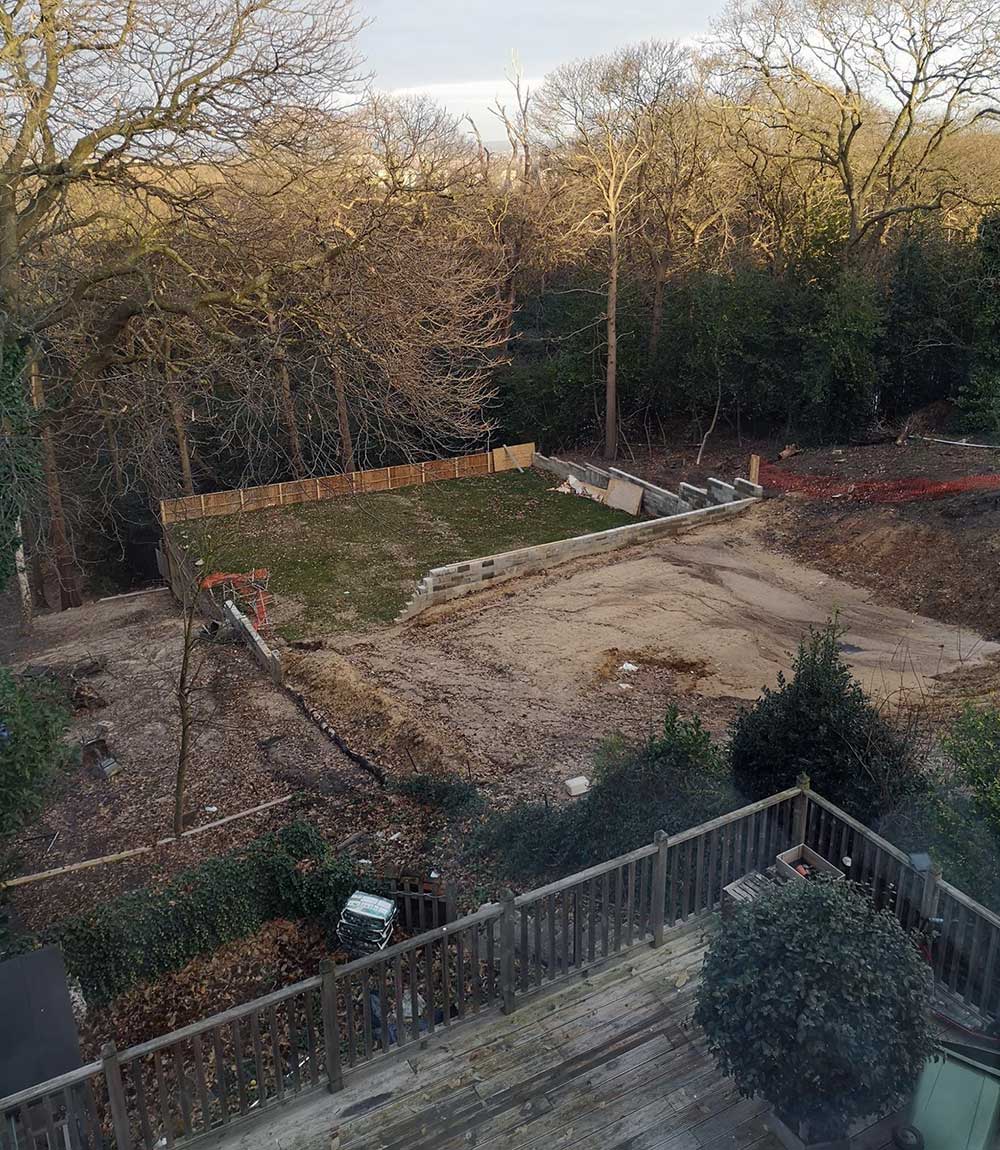 How does he get away with it?

Beneath the grass is a massive concrete slab held in place by huge walls penetrating many feet into the ground.

The excavated spoil was dumped on neighbours’ gardens resulting in the loss of some trees and the gardens were changed to the extent that one neighbour was advised to seek planning permission for the new and unwanted landscape.

Mr. Singh has been issued with an Enforcement Notice to remove his eyesore and he must do so by the end of April.

The day after the Notice was served Singh submitted another planning application for the works he has done and still wants to do. 19/00194/FUL.

The plans may not be strictly inaccurate. It is not made very obvious that the slab boundary extends into the woods.

The foundation is described as a lawn and the stated boundary wall heights suggest that someone equipped with a tape measure should be taking a close look.

The boundary to 236 is currently in danger of crumbling but there is no reference to any remedial work.

It is all very difficult to understand. In common with its neighbours 238 Woolwich Road had a very steeply falling garden. Now it is being suggested that the primary purpose of the works is terracing connected by attractive sweeping staircases.

His neighbours are deeply suspicious. Why does a lawn require foundations which they estimated to have cost in the region of £100,000?

It simply doesn't make sense. Will Bexley Council be fool enough to withdraw their Enforcement Notice?

At the present time there does not appear to have been any formal objection to the scheme, perhaps one or two of the regular Lesnes Abbey Wood walkers will have their say about people who encroach on the woods and dramatically change the landscape.

According to a Woolwich Road resident, rather too late in the day, Bexley Council has made a Tree Preservation Order that covers the area in question.