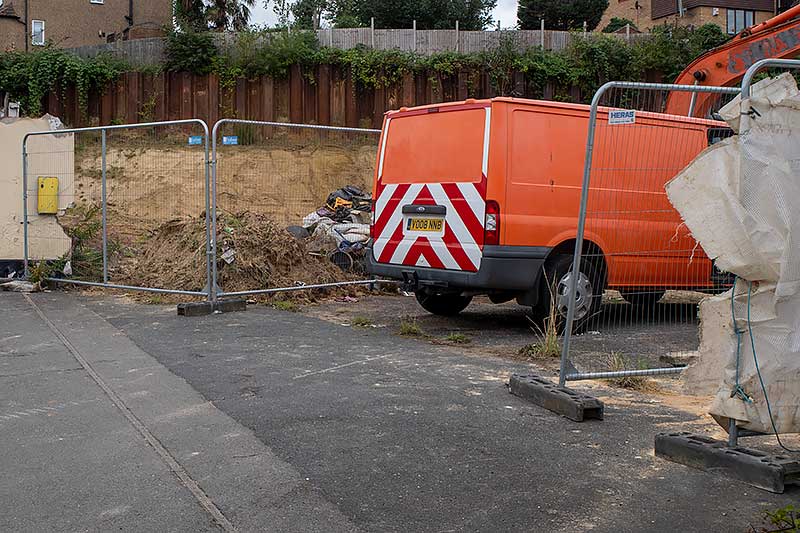 After lying derelict for three years and a couple of failed planning applications, this week has seen some activity by two men and a mechanical digger on the site of Ye Olde Leather Bottle in Belvedere.

It was Bexley’s oldest pub and demolished under the nose of Bexley Council who did nothing to intervene. They also did nothing when the Health & Safety Executive asked for their co-operation either but thanks to the intervention of Labour Leader Daniel Francis (and others) the developer is due in Court next week on H&SE charges.

When I took these pictures today the workers showed a genuine interest in my well-being as I attempted to negotiate the almost blocked public footpath. They recommended I didn’t use it as the far end was full of drug paraphernalia and needles. Not at all like the reception the developer himself used to mete out.

They were happy to tell me that they were only there to clear the site but added that the plan was to build flats. Anybody would speculate similarly so that comment should perhaps not be given any legitimacy.

The most recent reference to the Leather Bottle on Bexley’s planning web pages is 17/01745/FUL which saw the development plans refused. However there has been a delivery of bricks and building materials. Time for Bexley Council to take action? One would think so but a phone call to the Planning Office failed to raise any interest.

The developer at this site is the same as the one who desecrated part of Lesnes Abbey woods. 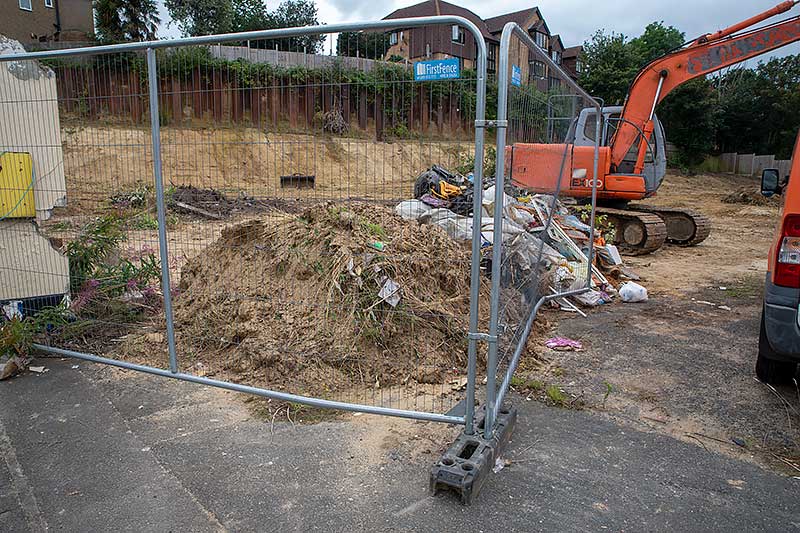 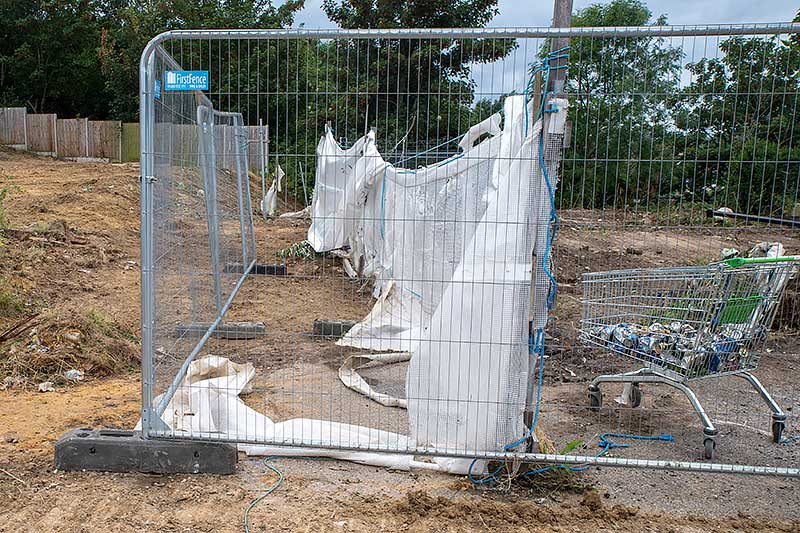 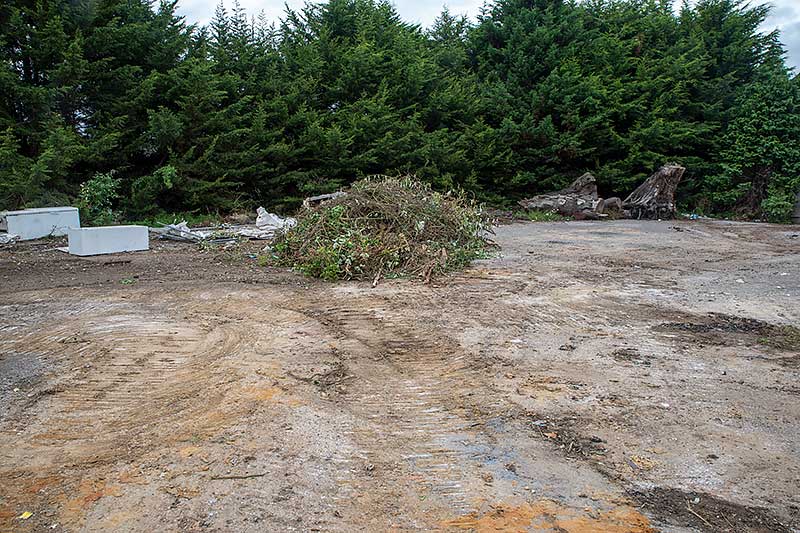