18 September - Whether it be lifts or road closures, Abbey Wood struggles to move

After a very busy, but quite exciting couple of weeks, I have somehow engineered a free day and the plan is to put on line my correspondence with Kent Police about their ridiculous harassment charge.

I think it suggests that their junior ranks are incompetent, verging on the stupid, and that the priority for more senior officers is to cover up, which I call corruption, but your views may differ.

The only way to lay that one to rest is for those interested to read what was said and make up their own minds.

Meanwhile a catch up on relatively minor things that have accumulated in recent days. 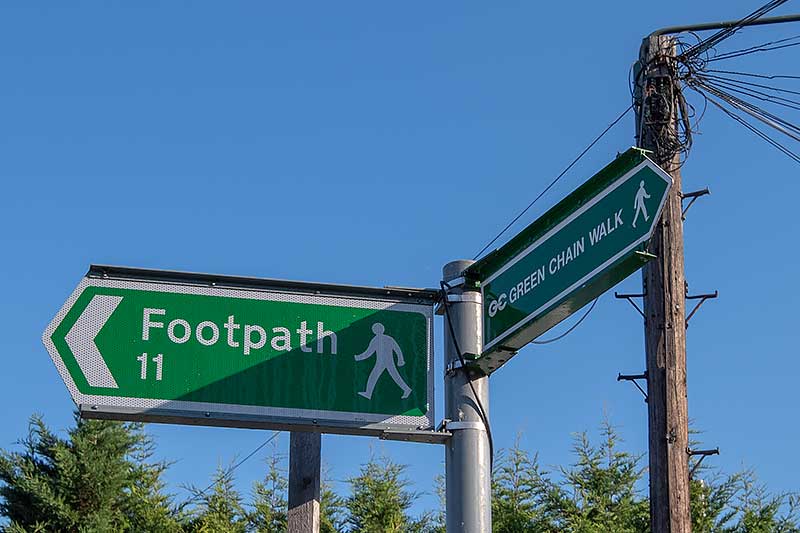 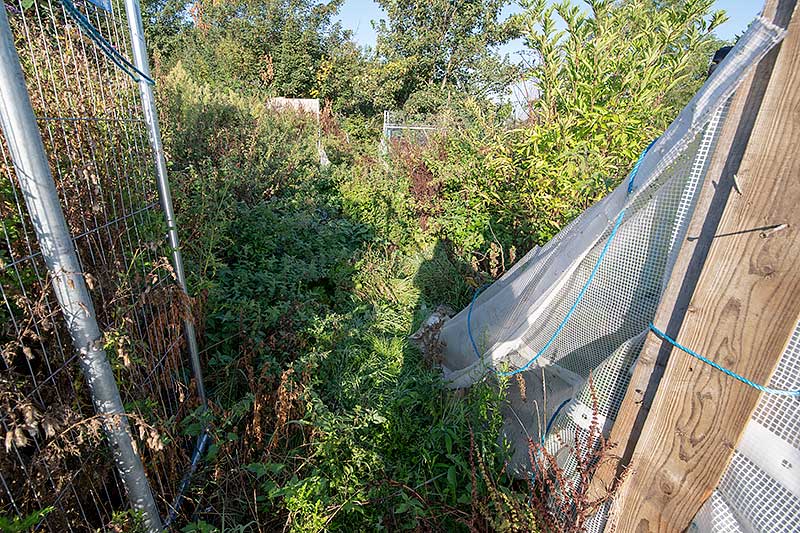 I have twice had people suggesting I revisit the Leather Bottle site and take a look at what our bearded friend is up to; cutting down mature trees was what I was told. However my visit showed me nothing new. Yes the site is a mess but it always has been. I saw nothing I had not seen before, except perhaps Bexley Council’s neglect of Footpath 11.

It is blocked just fifty feet from where it starts. I don’t think it goes anywhere useful and there is a nearby alternative route so perhaps it isn’t worth Bexley spending our money on clearing it. 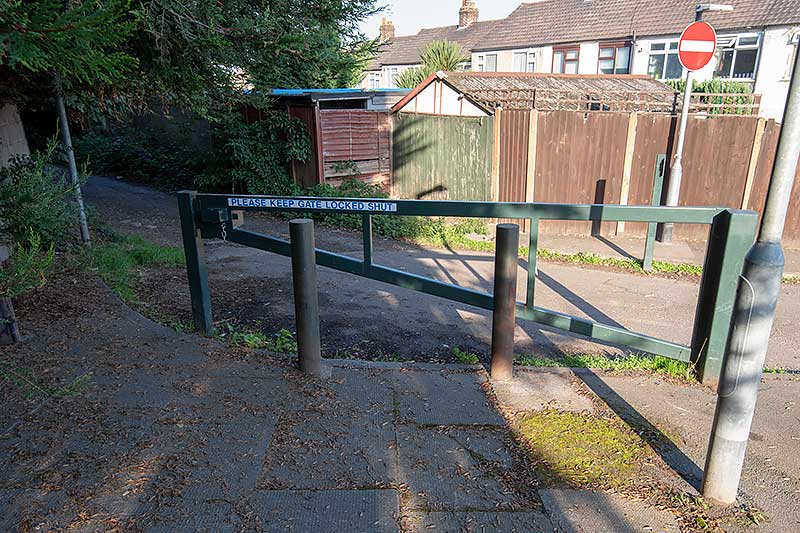 A sorry tale came from nearby Kingswood Avenue, a notorious fly tipping site. The road is not unusual in having rear access to gardens and garages and if equipped with a stout walking staff and a pair of Wellington boots you can walk all the way through from Heron Hill to Abbey Road, houses on one side, Lesnes Abbey Woods on the other.

As you can well imagine, given Bexley Council’s well known intransigence over the disposal of large unwanted items and certain sections of the community’s even better known criminal inclinations, fly tipping along the track is a huge problem, whole truck loads of it.

Bexley Council’s answer was to put a gate across the road and lock it. As a result of this act of mindless vandalism many residents had their cars trapped along the lane. One at least had a planned weekend away and had to spend a fortune on train fares instead. A train fare which Bexley Council refused to reimburse.

The track is not Bexley Council’s to block but presumably the residents would be happy to see it gated if they were told the lock code.

Bexley Council’s excuse is said to be that when the lock was put on the gate they gave the code to a man working on a nearby allotment and asked him to pass it on to any residents he might know. You couldn’t make this up and I am hoping my informant didn’t.

Presumably the story is bona fide because I decided that the situation demanded more urgent action than a blog, I reported the story instead to Belvedere Councillor Sally Hinkley. She had already heard it and was on the case and determined to find a solution. Unfortunately but perhaps not unexpectedly her scheduled meeting with the relevant officials is still some way into the future.

Meanwhile the gate has been unlocked.

Flyover misery
Recent weeks have seen up to three out of four of Abbey Wood station’s Stannah lifts out of order at the same time and Bexley Council’s flyover works causing all four walkways to be closed. The disabled and people with luggage or buggies were simply stuck. Additionally bus passengers coming from the north faced an enormous detour along Knee Hill and Wilton Road and have done for many weeks.

Maybe I am an optimist but the problems may be about to be minimised, but not before officialdom grabs what could be their last chance of inflicting more chaos on long suffering residents. 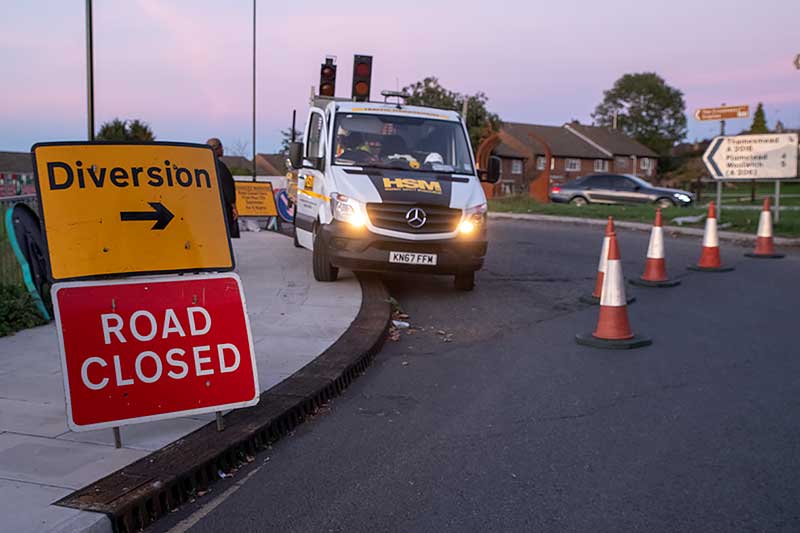 Yesterday evening, a mere eight weeks behind schedule, Bexley Council’s contractor FM Conway began the resurfacing work. The flyover closure is from 7 p.m. to 2 a.m. every night this week.

No information was made available to bus passengers and I failed to fully understand the diversion signs put out for motorists.

I escorted a young lady (just visible in the Photo) to the station who had been directed by someone in McLeod Road who should have known that the walkway has not been available for a couple of months. Having got that far she was stumped and the man putting up the diversion signs had no idea where the station was.

Once there I discovered a small gaggle of people waiting at the station bus stop which said nothing about there being no buses. I escorted several to the Knee Hill stop in the hope of finding a Thamesmead bound 244 or 229/469. There are usually one or two 244s sitting at the Knee Hill terminus but last night there were none but a 229 proclaiming Thamesmead on its front emerged from Abbey Road, circumnavigated the roundabout and retraced its route.

I was surprised to see it shoot up New Road instead of heading directly to the next railway crossing at Picardy Manorway (next to Asda and B&Q). All the Abbey Road bus stops had people waiting in vain for a non-existent service. None bore any information about the cancelled services. A correspondent told me later that Picardy Manorway was closed too and the 401 which normally uses it was also on diversion. Where the 229 went no one is sure.

The local Facebook page has comments from loads of people who had no idea what was going on and provided evidence that Bexley Council was referring matters to TfL and vice versa.

Bureaucracy at its very best. 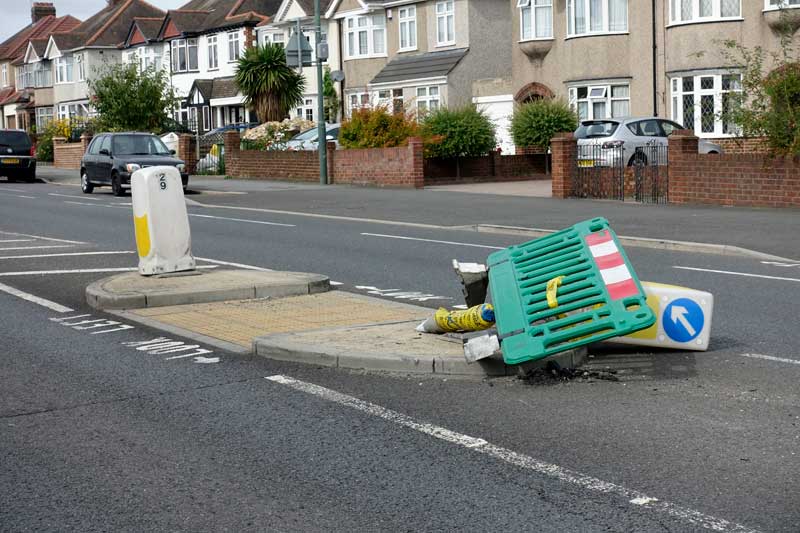 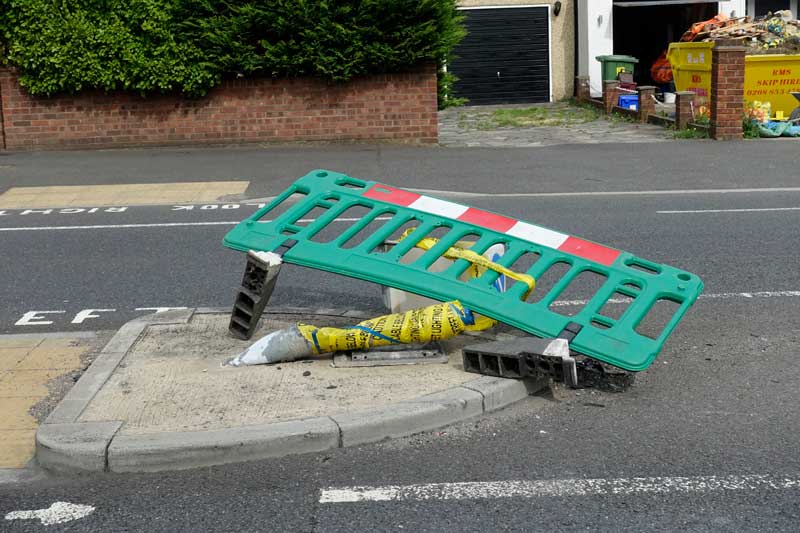 If further proof was needed that Bexley’s Road design team is total rubbish, these pictures have just arrived from a Welling resident. There have been frequent accidents ever since the so called Welling Corridor was so called Improved six years ago. The same team that was responsible for Abbey Road in Belvedere and with much the same result as you can see.

Bellway Homes
A man who raised an objection to the Bellway Homes development on the old Civic Office site received a letter yesterday from Bexley Council to say that his objection had had no effect. The Bellway application was approved on 14th June. Quick work Bexley Council, you must be very proud of the efficiency levels achieved.

Sainsbury’s Abbey Wood
You know how I heartily dislike that store but it is very convenient for my frequent shopping deliveries to the 98 year old in East Ham.

Yesterday, as usual, I struggled to find fresh food - she likes cakes, especially creamy ones - with more than a day’s shelf life and once again they had no semi-skimmed milk in her preferred one pint size. It was business as usual but it is always nice to have the store almost to one’s self on a weekday afternoon.

All was relatively well as I went through the self-service till with a well loaded basket until another customer was told to get her trolley out of the less than half filled self-service area. I have several times been forced to push a trolley through it because no regular check outs were available. I said to the attendant “One more reason not to use Sainsbury’s”. I got the dumb insolence look and silence. I reeled off a list of recent store failures but the woman just walked away without a word. That’s three times over three or four months that has happened, different assistant each time so maybe part of Sainsbury’s basic training regime.

After I had paid I asked the same woman to send for a manager as I wished to complain about her personally. You can guess what she did so I went over to Customer Services and asked again.

Someone I had not seen before came to see me quite quickly and I repeated my complaints. The response was minimal except when I suggested that there must be a vicious circle in play. The number of customers is low so the stock levels are reduced to suit and the sell by dates go right up to the line because too few people are buying and the net result is that too many customers go elsewhere. It was clear that I had struck a chord with that one. Sainsbury’s Abbey Wood offers a sub-standard service and is attracting so few customers that it cannot economically improve.

If Sainsbury’s acquisition of Asda goes through you can guess which local store will close. It will be a shame but at the same time richly deserved.