Last October BiB reported on the state of an L&Q house south of Welling. Later today I shall go back there to see what if anything has been done to improve it.

Below are some pictures of what the place was like when I last saw it.

I occasionally find myself at my front door key in hand while a young neighbour is doing the same at the flat opposite. My key gives access to a three bedroom detached house which cost less than £70,000 and bought on a 15 year mortgage paid off in a little under five years.

Across the road the rent is in the region of £850 a month and until not long ago five people squeezed into one bedroom. (Halifield Drive is the next road to mine.)

It represents a shocking disparity which is totally unfair and unsustainable yet there is not much I can do about it and it would seem those in power have shown no inclination to do anything about it for the past twenty years. There is evidence that some of those in power hide behind fine words while caring nothing. 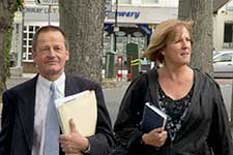 A couple of weeks ago I was invited to see how the other half live in social housing, L&Q social housing in this particular case. I am wary about such invitations because one never know what one is getting into and Dianne Blazer, Bexley’s Housing Services Manager, had reported less than two months ago that there was nothing much wrong with the house. (See below.)

If the name Dianne Blazer rings a bell it is because she was part of the Bexley Council team which persecuted Sidcup resident Rita Grootendorst for the state of her award winning but somewhat unorthodox garden.

She and her cohorts made Rita’s life a misery until a Court put a stop to their shenanigans.

This is what Dianne Blazer thought about the L&Q house, what would I make of it?

I found myself at a door with an entry system and waited inside with some apprehension while the occupier slowly made her way down the stairs out of my sight until the very last moment. She was a sixty something lady who clearly took care of her appearance but was blessed with a very wheezy pair of lungs. I later discovered they might be the least of her health problems. Her medical record listed nine ailments of which diabetes, high cholesterol and cancer in remission were probably the least serious.

As one might expect of a disabled lady largely confined to an upstairs room there was a certain amount of clutter and it took a while before the full extent of the problems made their presence known. Maintenance of the house by L&Q has been the biggest bodge job I have ever seen. Nothing is properly finished off, it is as though a bungling amateur nipped down to B&Q and then ran riot with nothing better than a hammer and blunt chisel. 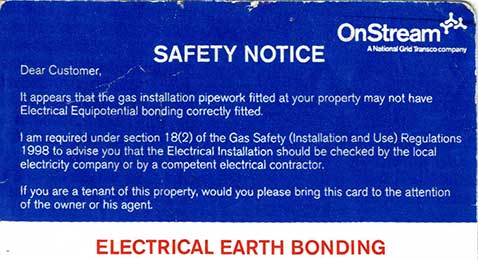 The plumbing and electrics are worst affected and I was warned off of touching some sockets for fear of an electrical tingle.

The occupant complained of damp but the weather had been fine and the only signs were a suspicion of it on door mats and paint and paper peeling from the walls.

I have video (which refuses to play on line) of water pouring over gutters and down the walls. There was mildew here and there but not too much of the horrible black stuff.

Ms. Blazer might report that the house is basically up to standard but I bet she wouldn’t want to live in it.

Let’s look at some pictures. 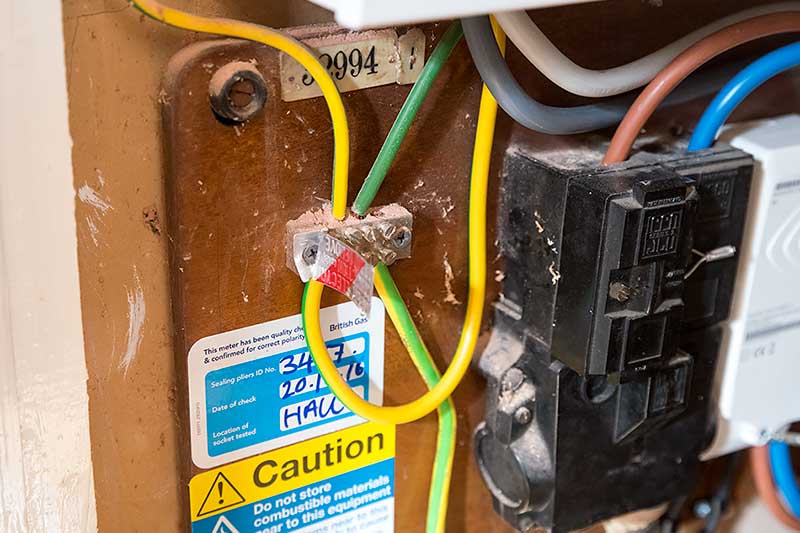 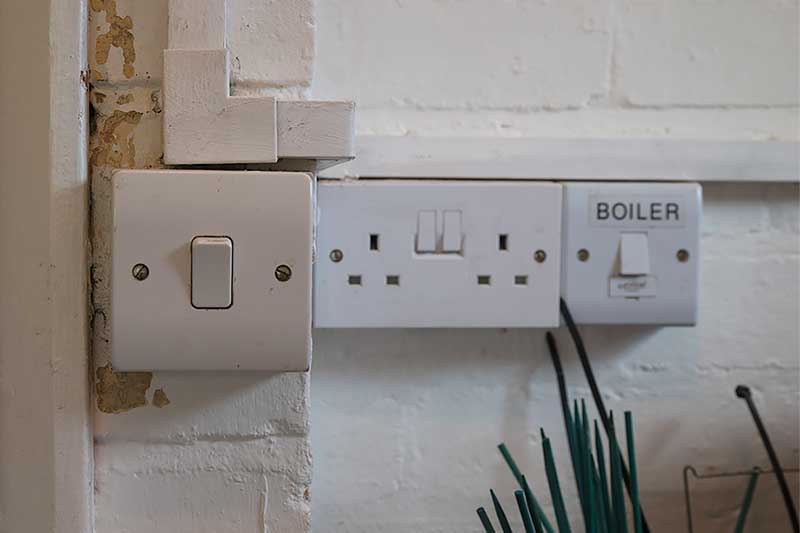 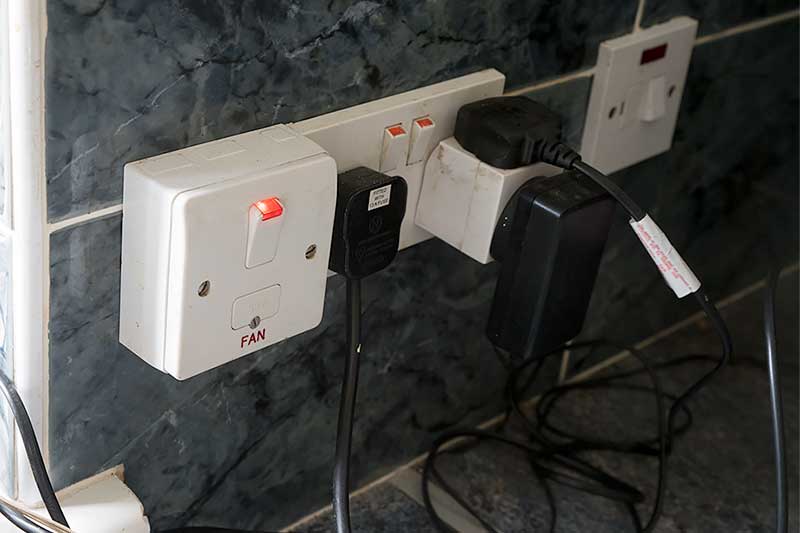 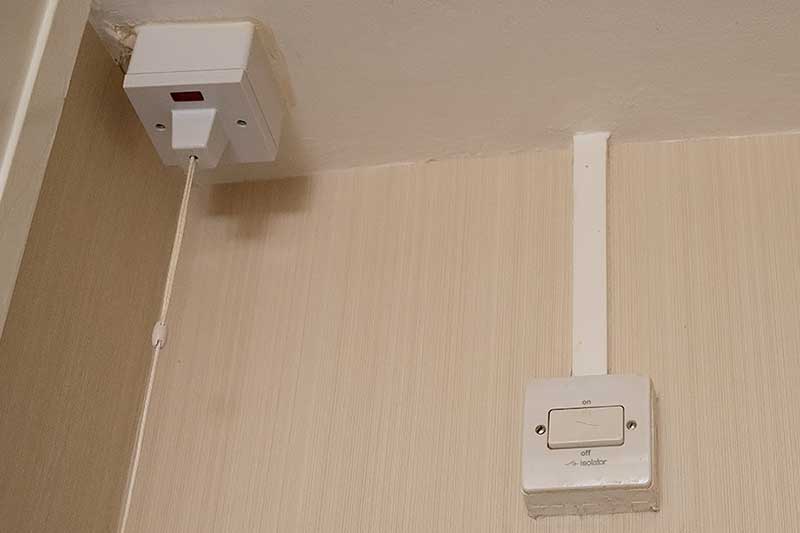 There is no fan either up or downstairs but switches exist.

Want to see some more? 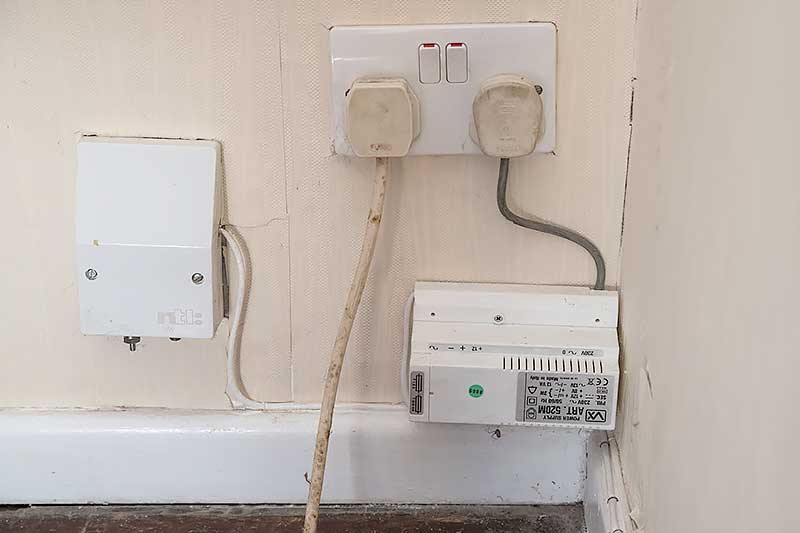 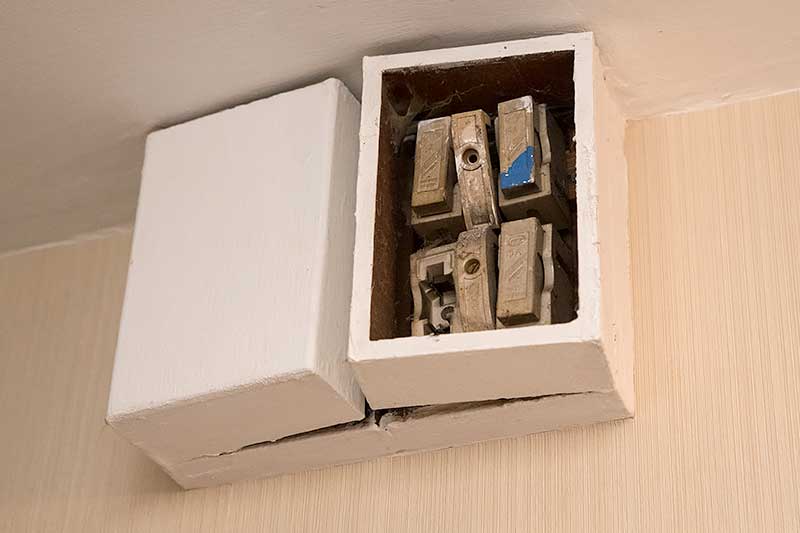 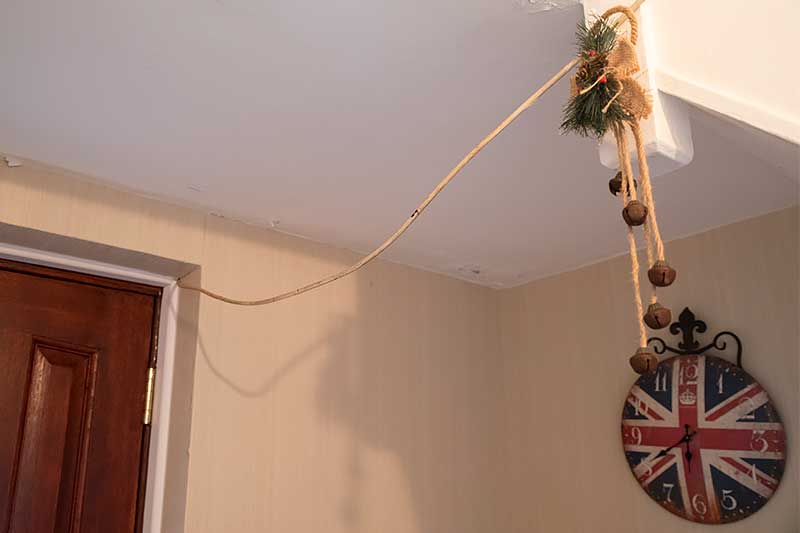 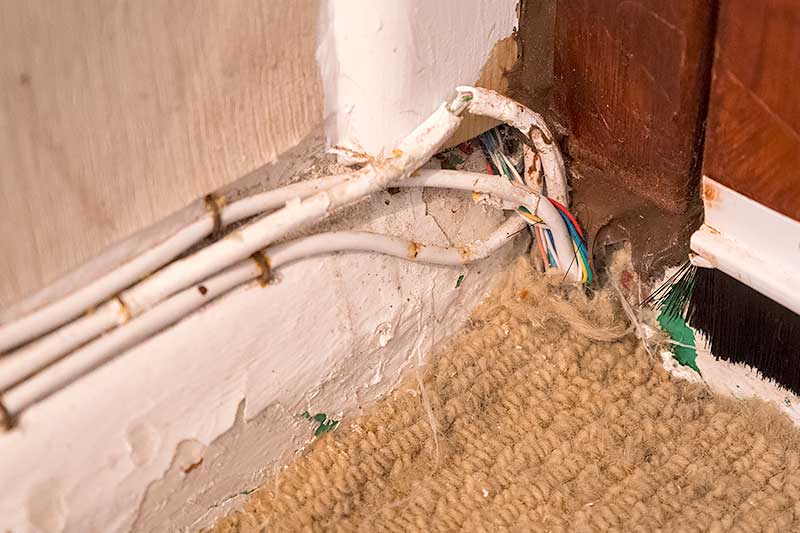 The plumbing is not up to much either and you have to mind your head because masonry randomly falls from the roof and the eaves. 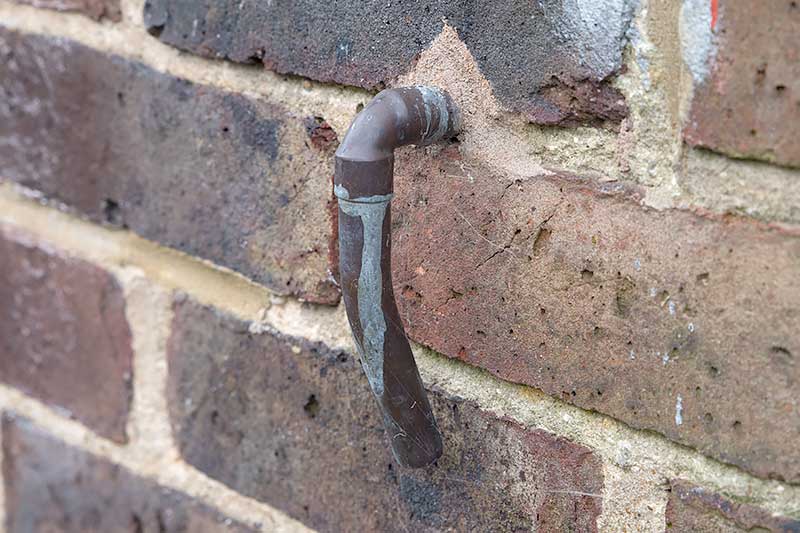 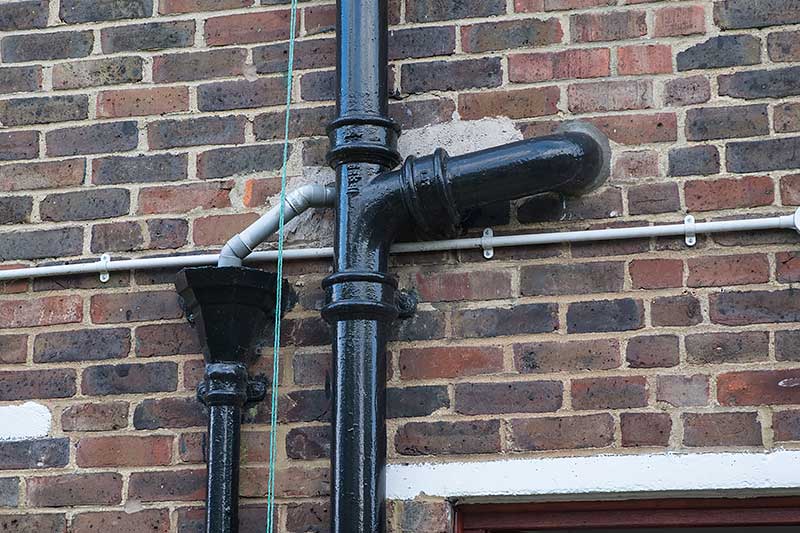 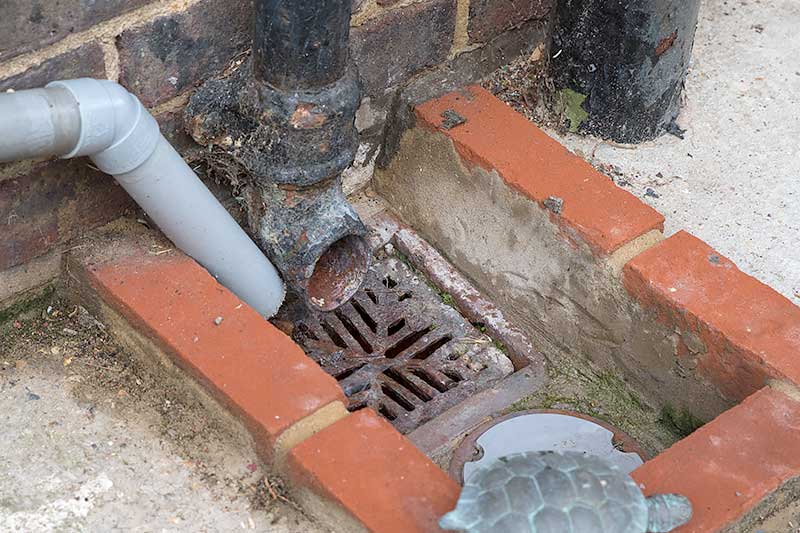 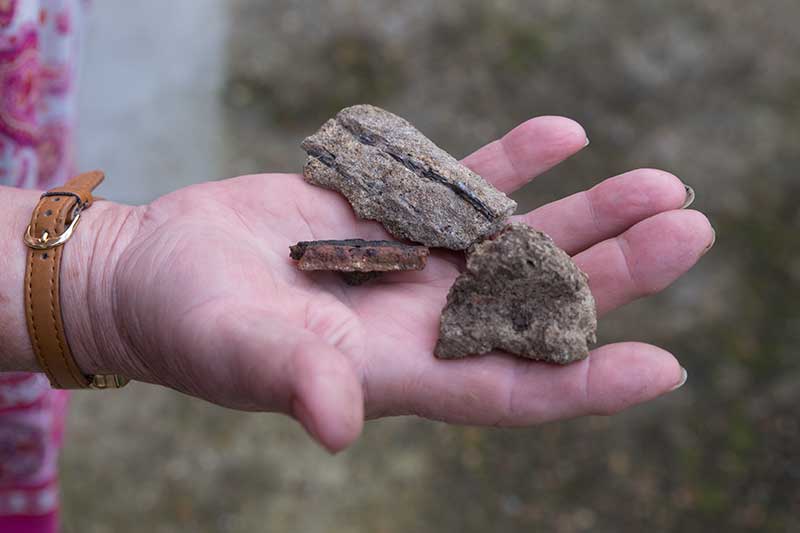 What about the floor and such like? Not good. 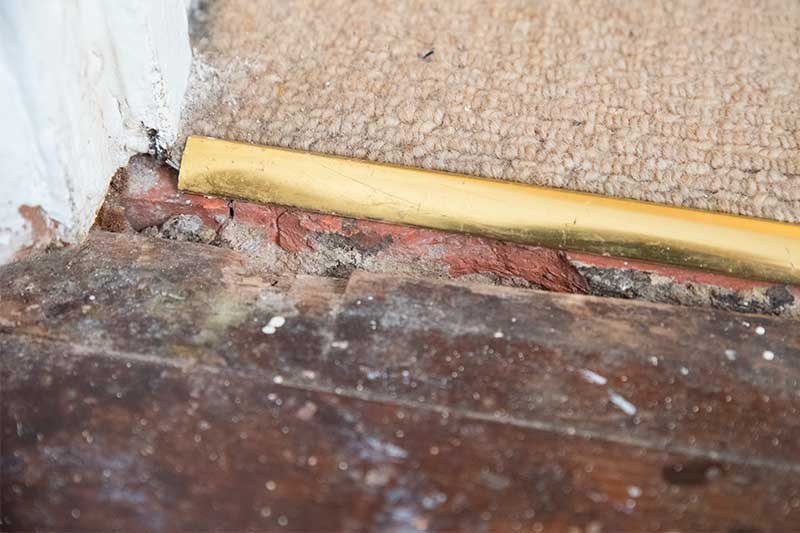 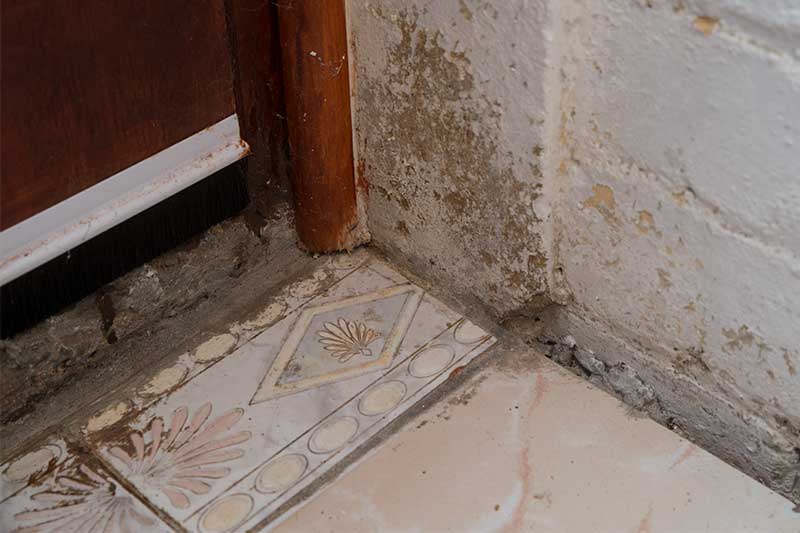 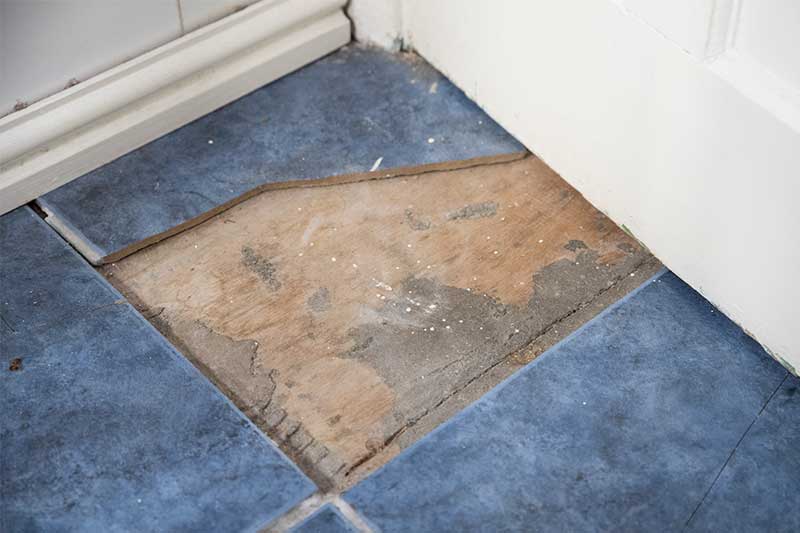 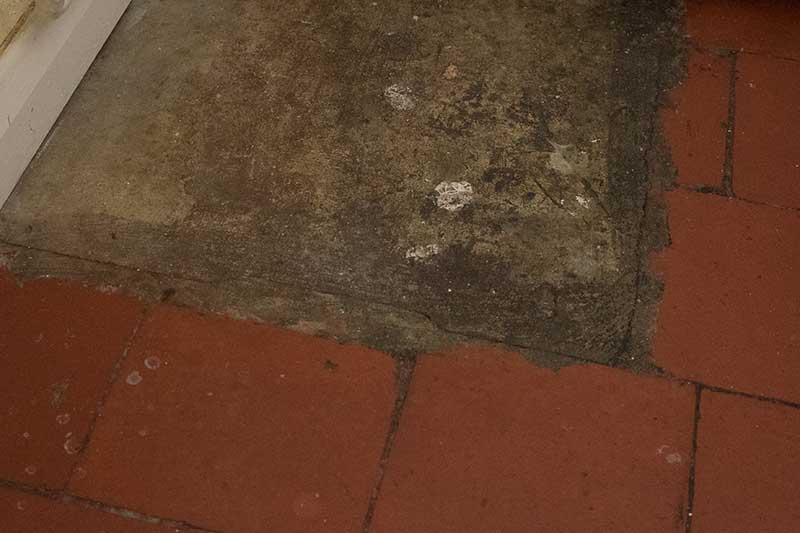 The damp has taken its toll. 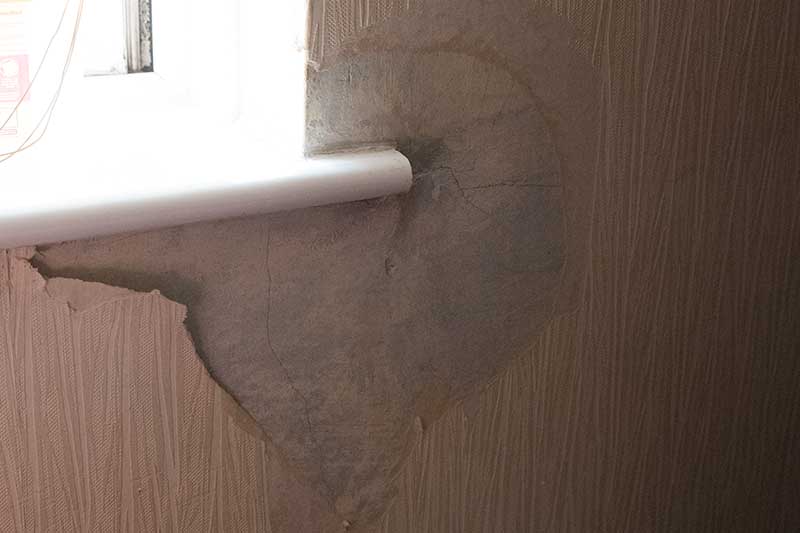 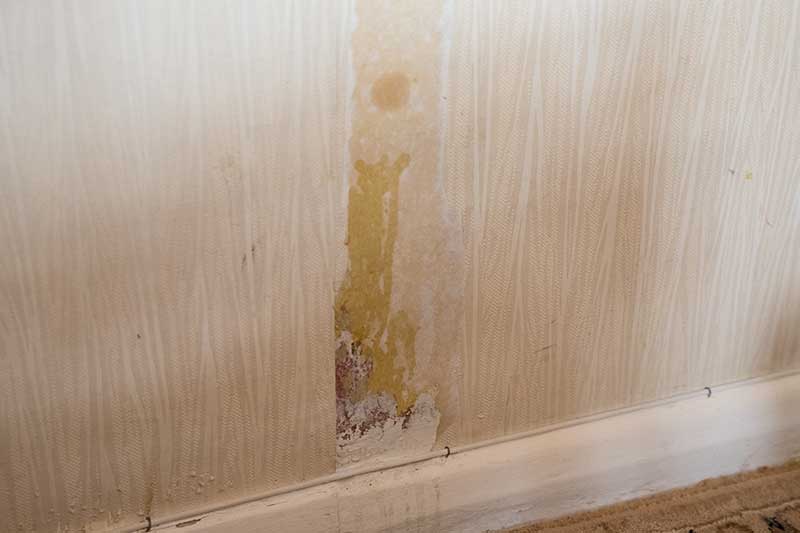 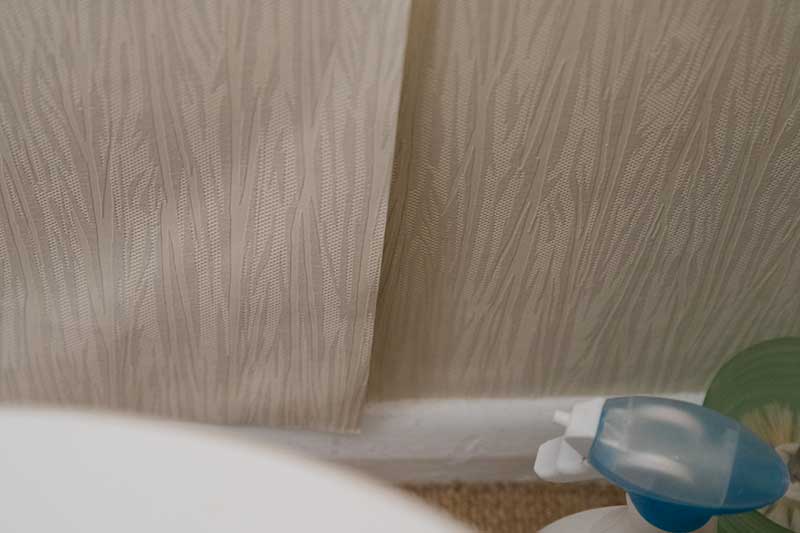 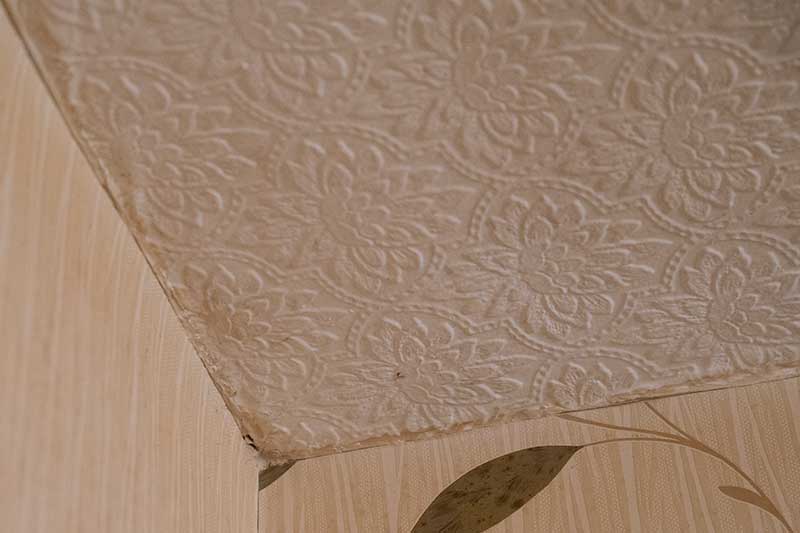 The doors are ill fitting and the windows badly sealed. The garden path has subsided and been patched. Redundant pipes are capped and left to provide trip hazards. 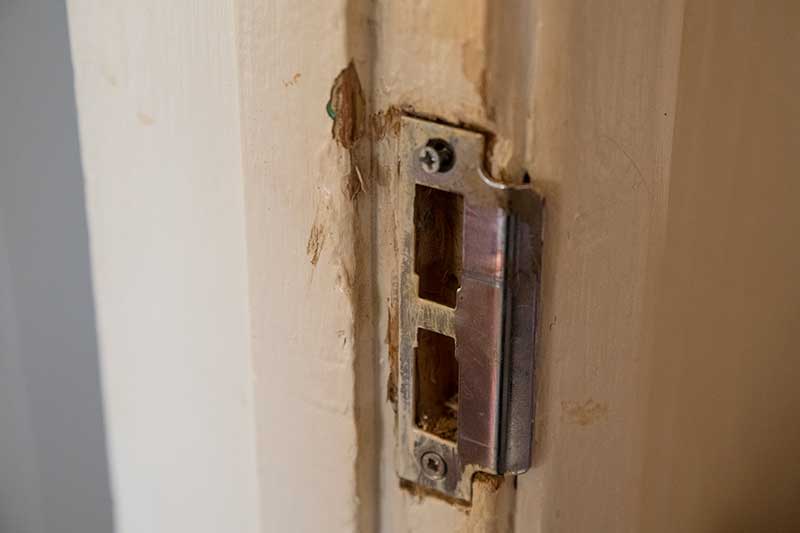 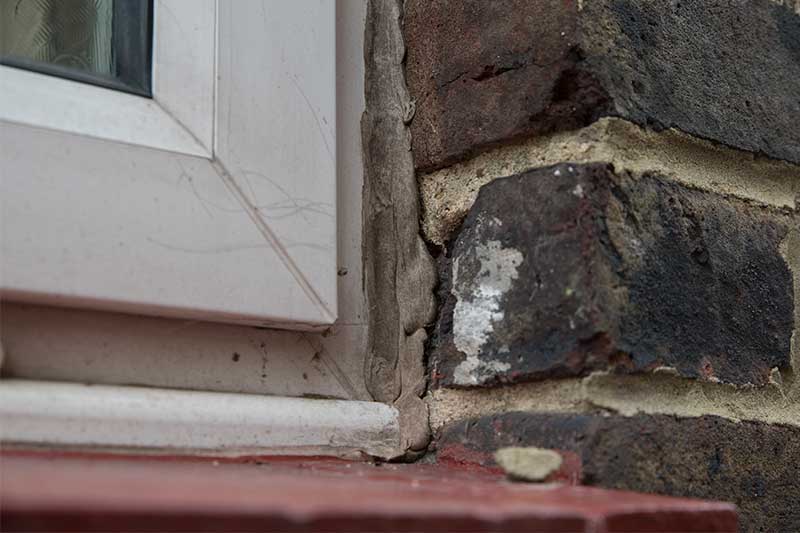 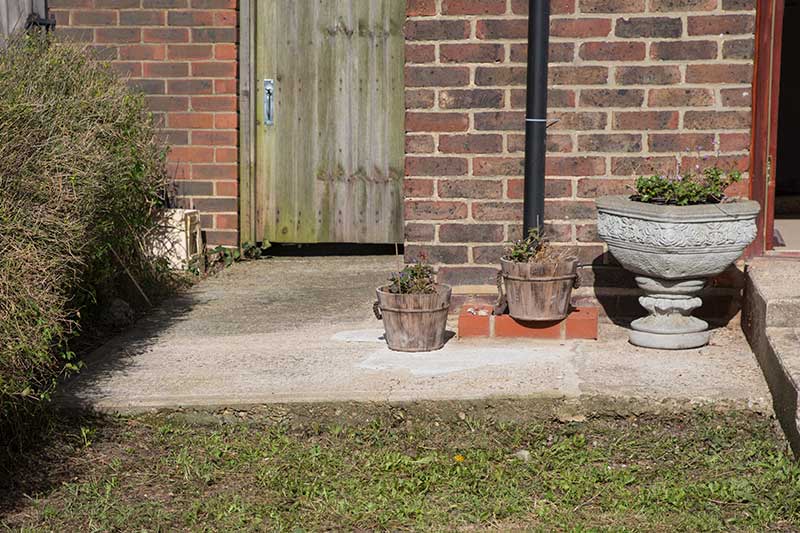 And whatever you do don’t go up into the roof space. 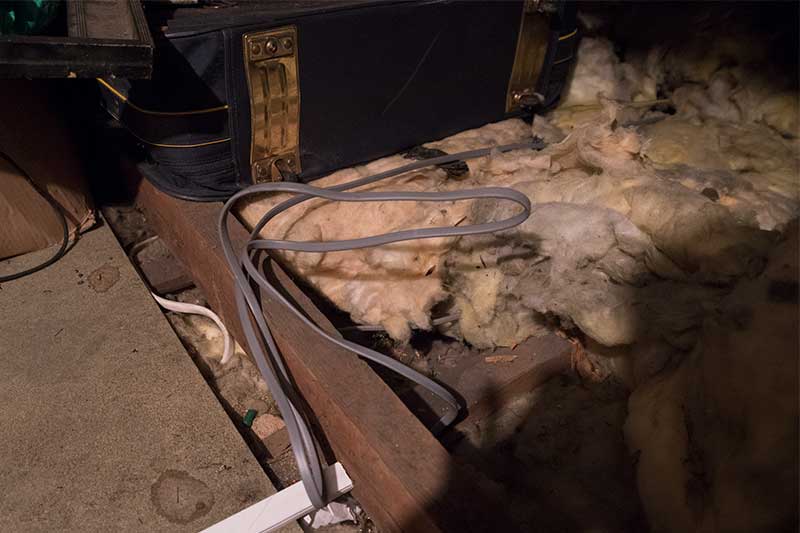 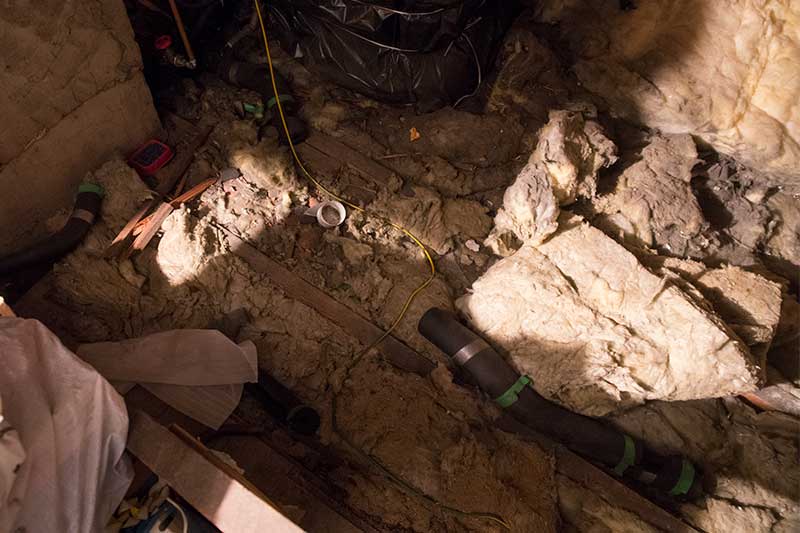 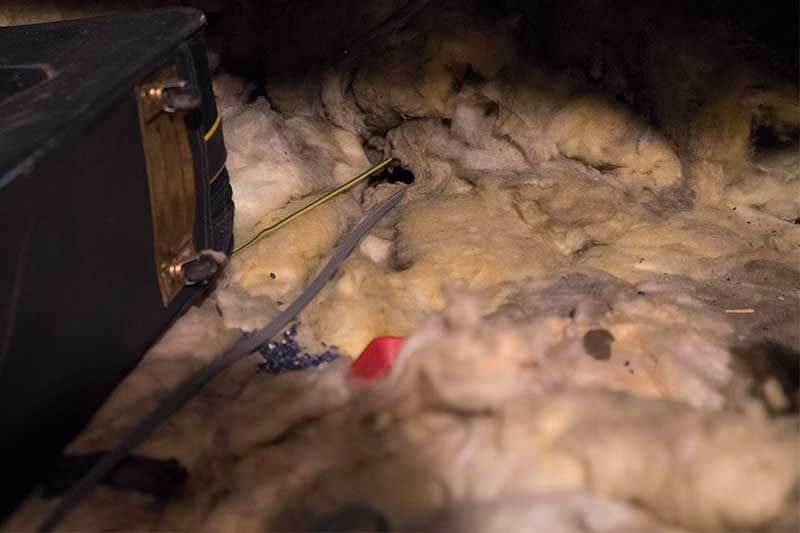 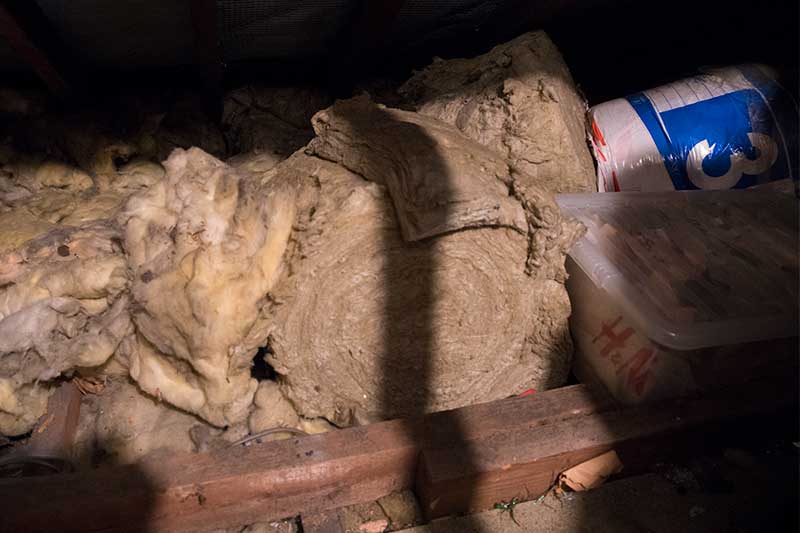 Everything is, as you can see, a bit of a bodge. A young person might be able to improve some things given plenty of money but a disabled lady can do nothing. It’s not just Dianne Blazer who knows about the situation but finds it “in good repair”, so does Bexley Director David Bryce-Smith. Councillor John Waters and David Evennett MP are aware too.

Both politicians have visited and the lady occupier speaks highly of both of them but they can do nothing other than suggest suing L&Q. David Bryce-Smith would probably say that living in squalor in Welling is better than being sent to Birmingham but that would only emphasise how desperate the housing situation is in Bexley.

What has L&Q done apart from bodging every job they have been persuaded to look at?

Their present stance is that they are going to do nothing more to help because a lady with emphysema, fibrosis of the lung and idiopathic pulmonary disease shouted at their carpenter. Ah diddums! Where would she get the breath from?

Another of their excuses is that they haven’t been given “two weeks unfettered access”. Maybe the poor lady does not wish to be homeless for a fortnight. Her only relations live overseas and she would never be able to make the journey.

It’s enough to make one turn socialist until one realises that their house building record is even worse than the other bunch of incompetents.

I suspect this case will require a periodic update.