Council Comms
As you will have noticed, things are a bit quiet at the moment. I had planned to be at the Communications Sub-Group meeting on Thursday but a panicky phone call took me to East Ham instead. The nearly 97 year old said two letters had come, one from an estate agent to say someone wanted to buy her house and another from a solicitor to say someone wanted to take over her garden. She couldn’t be persuaded to read out the letters.

It turned out that the former was just a phishing trip by an estate agent looking for business and the other was from Newham’s planning department asking if she had any objections to the neighbour to the rear building an extension. Newham’s website didn’t give any clue as to what proportion of their own garden might be built on - most of it if the dimensions are any guide - and all the documents were presented upside down.

The Agenda for the Comms Sub-Group meeting suggests I did not miss a lot, but I hope they take some account of the effect Council communications have on vulnerable people. After 40 minutes of repeated explanation I’m not sure my aunt understood that her neighbour and Newham Council had merely followed the law, she couldn’t see why the Council was involved at all. She may have a point, all the houses in her road apart from her own have shacks in the back garden, some equipped with satellite dishes and they would discredit downtown Calcutta.

Maybe if Bexley Council wanted to improve communications they would restore my address to their Bexley Magazine circulation list. Not had a single one this year and a promise by a Council officer to report on the situation came to nothing. 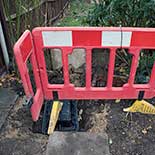 The post bag suggests that Thames Water continues to wreak havoc across the borough. They came to dig up my front garden a couple of days ago. The path I had laid less than a month ago goes over a water main and now there is a big valve in it. It was just bad timing and they were very nice about it.

Not so in Townley Road apparently.

There the water was turned off without notice, TW did their work, let a whole load of crud into the pipes and then flushed it into residents’ plumbing.

That doesn’t just mean some brown water at the kitchen tap for a few minutes but mud in the storage tank and jammed float valves. More expensive will be the new filters on the washing machine, dish washer and filtered water tap.

As yet Thames Water has failed to respond to the complaints.

I have been more fortunate. Thames Water first told me that they would be fitting a water meter last November and it has taken a whole year of dithering for them to decide it cannot be done. Now that it is official my bill has been reduced from £497.83 a year to £238.74. Should I be pleased or annoyed that their inefficiency has cost me £260?

Crossrail. Is there no end to the misery? 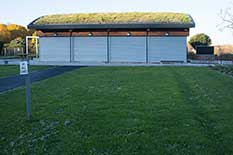 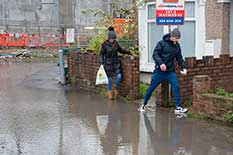 Not much happening at Lesnes Abbey again and you have to look hard for the progress being made at Abbey Wood station. The problem is that one hole in the ground looks much like any other, but it’s all essential work before the Crossrail platform goes in.

A reader has suggested that the promised tea room at Lesnes Abbey will go the same way as the one promised for Danson House, that is it will never happen. I am inclined to agree, the place is dead this time of the year.

Those looking forward to a let up in the programme of weekend North Kent line closures are in for a disappointment. In April 2016 the Liaison Panel was told there would be no more after August 2016. Then in June they were told that closures would be extended until October.

At the last meeting the information was that closures would end on 4th December except for one more on 5th February 2017.

The latest newsletter from Network Rail says that there will be no work from 24th December 2016 to 3rd December 2017 which looks to be another mistake. Should be 3rd January 2017 I would think, but don’t look forward to February and the end of travel disruption. On Friday Network Rail announced 22 closure dates for 2017 right through to 15th October.

I have the dates but Network Rail asked that they are not publicised in case they are changed again. Seems like a good idea!

Note: The flooded station access is Bexley Council’s fault. It has been like it for 30 years to my knowledge. 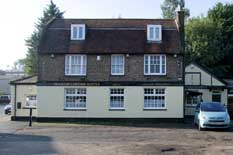 A reader has suggested that there is a link between several Bexley pubs and not a good one.

They are The Drayman, The Nordenfelt, The Belvoir Tavern, Ye Olde Leather Bottle and The Great Harry. Apart from the fact that all but one are now closed and some ran into trouble with the licensing authorities, I cannot think of one.

The associated comments were interesting. Does anyone have any theories?