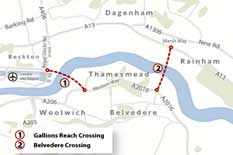 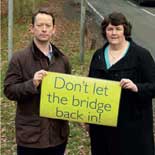 Not all anonymous messages are cryptic and leave one unsure of whether they are authentic or not, today’s tip off alerted me to the result of the recent Thames Crossings Consultation.

It reports that the consultation resulted in more than 4,500 responses of which nearly 90% supported either one of both crossings at Thamesmead and Belvedere, 77% for both. The heaviest concentration of respondents was in Bexley.

It is an overwhelming message to the effect that Teresa O'Neill and Gareth Bacon were entirely wrong when they campaigned against any river crossings only a few years ago. The local Labour councillors were right and around ten years will have been wasted before Bexley ceases to be cut off from the north.