Councillor Seymour is the only Committee Chairman who continues to go through the ritual of asking who intends to “film” the meeting and who objects to being photographed. I think I was the only member of the public present at the time and was tempted to raise my hand to both questions. I don’t think the law gives a choice to Committee members. I took only four pictures and I am not expecting to use all of them. 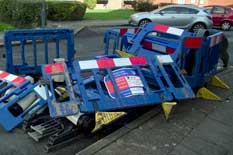 The meeting began with a brief update by Thames Water on their progress towards flooding Bexley with Smart Meters. They started in my road in November, two men gave me the low down on my doorstep just before Christmas and said I would get a phone call about a question I raised immediately after the New Year holiday. A letter said that there would be some tests to ensure my house had been connected to the right meter in mid-January. As yet none of that has happened.

Thames Water claimed to have fitted 1,300 meters in Bexley by the end of January. Householders who opted for meters before the current exercise commenced will not get Smart Meters, at least not for the next five years because no money is available for them.

Libraries was next on the Agenda and the partial privatisation of the service appears to have gone very well. None are closing and the Council run branches will be open for longer hours. There will be no half day closing from next April onwards. I am tempted to say “going forward” because councillors and officers appear to be under instruction to inject that annoying phrase as often as possible.

Councillor Stefano Borella said that Slade Green library, privatised a couple of years ago, was not running as smoothly as it should.

In response to a question from Councillor Ferreira (Labour, Erith), Deputy Director Bryce-Smith admitted that the charge for disposing of large items of domestic waste, £33, was completely out of line with neighbouring boroughs. Inevitably it was a contributory factor to the high level of fly tipping in the borough. Mr. Bryce-Smith is not known for his ability to lie, one wonders how he managed to rise to be near the top of Bexley Council’s tree, so he also admitted that last year’s “huge hike” in parking charges had caused usage to drop.

The scheme to charge for parking at Hall Place had been put on hold but the similar scheme for Danson Park was progressing but with difficulty. The needs of the restaurant have to be accommodated. 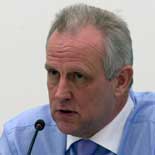 Deputy Leader Alex Sawyer continues to let the side down by appearing to be a rational and decent individual who has somehow wormed his way to the top of Bexley Council. Whilst not willing to complain quite so loudly about TfL failing to come up with the promised money for cycling in the borough as he did a couple of weeks ago he did accept that “motorists are increasingly being penalised in this country full stop”.

Councillor Borella (Labour, North End) asked Councillor Sawyer about the proposal to charge the disabled for use of their designated parking bays proposed by his predecessor. He made it admirably clear that he thought it was a thoroughly bad idea and not something he would support. “It doesn’t feel right and my view is not going to change.” Wow! Integrity and consideration given to the disadvantaged in Bexley’s council chamber. Pass the smelling salts.

Bexley Council has failed in its bid to get TfL to fund Public Realm improvements in Blackfen, Councillor Lynn Smith (UKIP, Blackfen and Lamorbey) expressed her disappointment. The Council has also failed as yet to make any submission to the Thames Crossings consultation but expects to do so today, the last possible.

The £20 million for the Erith regeneration is expected to be a done deal within the next week.

The second stage of Phase II of the Broadway regeneration is the remodelling of Albion Road through to Gravel Hill. The four lane dual carriageway will be downgraded to a single track in each direction with a segregated cycle path. Mr. Bryce Smith said that together with removing the traffic lights in Gravel Hill at both Albion Road and Watling Street and replacement roundabouts, traffic speeds should increase. Like they did in Penhill Road I suppose.

Councillor Howard Marriner (Conservative, Barnehurst) was not impressed by the downgrading of the road width and expected objections at the consultation stage. Mr. Bryce-Smith said that the present Albion Road is “over designed”.

Segregated cycle tracks were a condition of TfL funding. 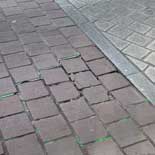 Councillor Stefano Borella was correctly concerned about the use of blocks in roads. The “deterioration was a disgrace”. Mr. Bryce-Smith said that they had been used only in side roads in the first stage of Phase II and implied they would not be used where subject to heavy traffic in Albion Road.

Several minutes after Councillor Borella had made his comment, Councillor Cheryl Bacon (Conservative, Cray Meadows) interjected with the only sour note of the meeting, her ill grace being allowed to fester for that time. She said she was “so fed up with Councillor Borello going on about this”. She objected to him voicing the concerns relayed to him by residents. She always calls him Borello, she must think it shows contempt but any contempt must be reserved for Councillor Bacon.

Councillor John Davey came up with a few ideas. He thought that pot hole repairs could be improved - Mr. Bryce-Smith was not sure they were practical - and he said that Sevenoaks Council was making money from running a petrol station, doing MOTs and clearing cesspits. Clearing cesspits in Watling Street, there must be a joke there somewhere.

Despite Chairman Seymour’s best efforts the meeting went on until ten minutes past ten. Out of sight of the webcams three Conservative councillors exchanged pleasantries with me which was nice. It really was rather silly of Leader O'Neill to decide that the best way to tackle social media criticism is insisting on secrecy and abusing police powers whenever necessary. Things could have been very different. Bexley might be a decent council if the Leader herself was banished to Manchester and took the Masseys and the Bacons with her.