20 May - Bexley Tories. Incapable of being truthful

The piles of paper in my ‘office’ are getting out of hand and a clear out is underway. One of the things I rediscovered is the local Conservative’s election leaflet for Lesnes Abbey ward issued in 2010. This was its main message… 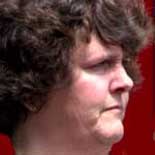 Nothing out of the ordinary there, (click image above for complete document). There was even more detail, much of it written by councillor Teresa O’Neill, in another leaflet issued around the same time. In addition to the subjects listed above she talks about saving Queen Mary’s Hospital, recycling, freezing councillors’ allowances, repairing roads and spending more on child protection - that didn’t go too well did it?

It was a good enough pitch to persuade me to place two crosses against Conservative candidates, probably my last ever, but that is another story.

What Lesnes Abbey ward residents weren’t warned of is the perils of a new Thames crossing. I can walk from home to the much maligned Knee Hill in six minutes, you’d think if the crossing was seen as an important subject I should express a view on, it would merit a mention in the electioneering material. But the Tories didn’t say a word about it in 2010; now they would have you believe otherwise. Apparently I “overwhelmingly rejected” a Thames bridge by voting for Tories John Fuller and Eleanor Hurt. Look at what Teresa is saying now…

It is just not true that a bridge was “rejected at the ballot box by Bexley residents twice”. It wasn’t on the agenda in 2010, maybe not even in 2006 - but my office hoard does not go back that far.

Neither did Labour councillors “want to see the old plans for the bridge relaunched”. That was never put back on the the table by Transport for London (TfL). The suggestion was for a very much smaller bridge.

Once again we see a Conservative administration under their leader Teresa O’Neill that simply cannot stop lying. They are not even consistent with the lies. How may times was the bridge rejected? Twice or on several occasions? Or was it none at all?

Conservatives were “overwhelmingly” elected in 2006 on a tide of discontent over the 17% annual increase in council tax. In Brampton ward where ‘Say No to the Bridge’ posters were prevalent in 2006, Teresa O’Neill’s  share of the vote went up by 2·1% over the 2002 result which does not appear to be a particularly overwhelming endorsement of her campaign. Not as good as in the borough as a whole, that’s for sure, but why let the facts get in the way of a good anti-Labour lie?

Now that the TfL consultation has delivered the inevitable result will we see its Tory detractors begin a back-peddling operation? What will UKIP, also on record as being against a Gallions Reach crossing, have to say? Maybe they could take a leaf out of the tried and tested Lib-Dem electioneering handbook. Change the message depending on which ward they are campaigning in.