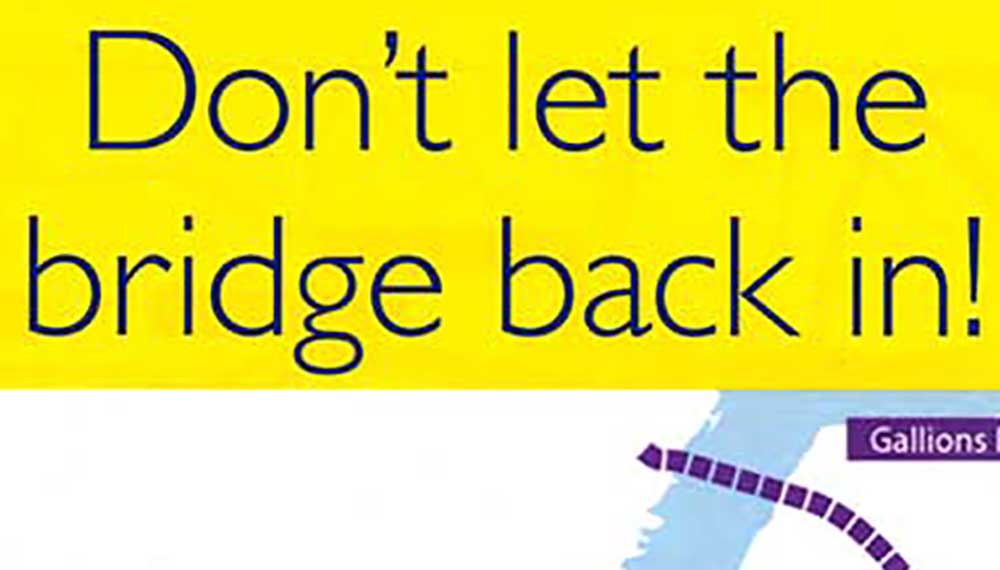 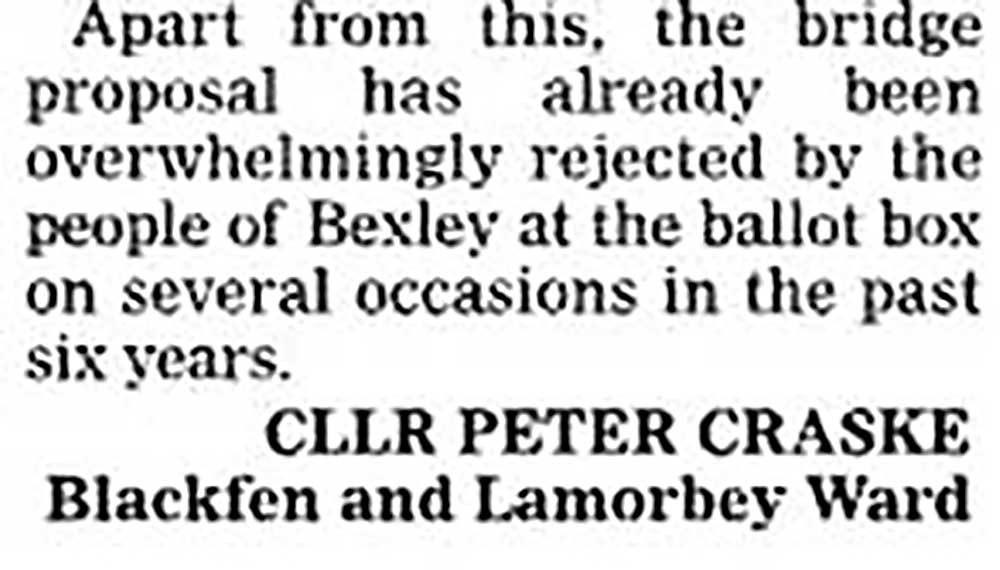 I know I am biased because of my own roots in East London and continuing need to get there but I have always felt that London could not forever choose to remain with cross river transport links little changed since 1896. The nettle must be grasped sooner or later so why wait?

Although, or perhaps because, I live close to the proposed Gallions Reach crossing I have never come across anyone who doesn’t support the idea and only one email has come in to oppose it. Even then it was apparent that it was the original bridge plan that was feared and something as big as that has long been dead in the water. Bexley council is anxious to perpetuate that misunderstanding but I was not at all surprised when it became clear that most people had seen straight through Teresa O’Neill’s misinformation.

Councillor Peter Craske wrote to the papers to tell residents that they didn’t want a bridge using the dishonest logic that throwing out a high taxing Labour administration meant we’d all become Luddites. If Craske is involved it’s odds on that dishonesty will not be far away.

Council leader Teresa O’Neill pumped out propaganda at tax payers’ expense which claimed that 63% of people were in favour of a ferry but now that the official results have been published it is clear that that was wishful thinking on the part of Bexley’s Conservatives. Not only was it a massively exaggerated claim, a whopping 71% backed a bridge.

All six of the boroughs consulted have come out in favour of a bridge as soon as possible over a ferry by 2017. And that includes Bexley. Will Teresa O’Neill, Peter Craske, Gareth Bacon et al now stop lying to their electorate for their own selfish ends?

According to the BBC (see image above, click it for their report) TfL are going to have a serious rethink about the crossing now that they know that Teresa O’Neill has been whispering fibs into Boris Johnson’s shell like. Surprisingly little comment on this in the local media. One can only guess why.