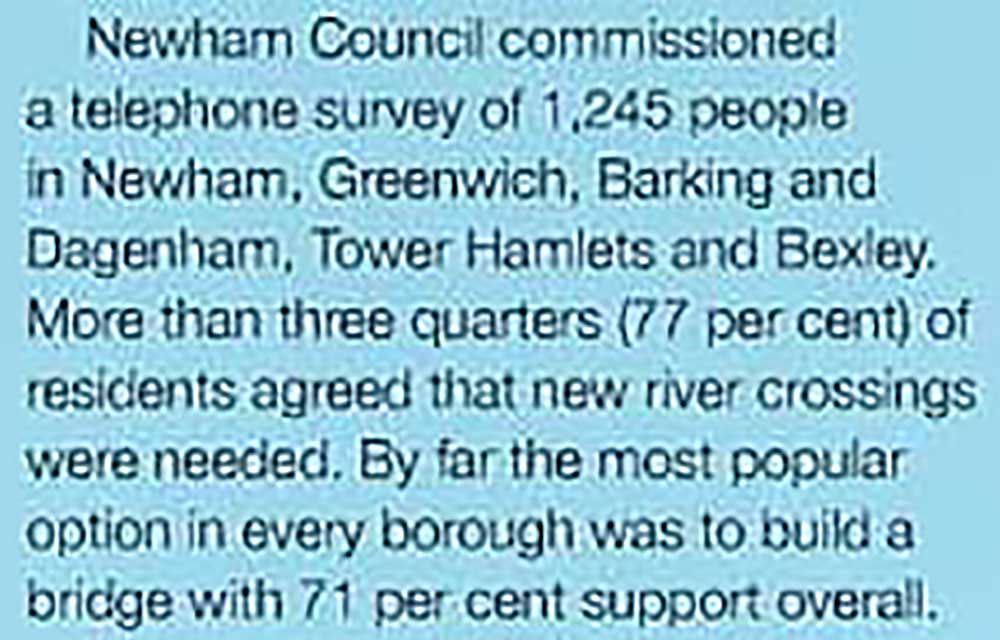 A News Shopper reporter is never in evidence at council meetings and hasn’t been for more than a year so it must rely on council press releases which might explain how Gareth Bacon gets to hog the headlines with his bridge agenda.

There are of course mixed views on Bexley’s isolation from the North but at the time of writing none of the Shopper’s on line commentators have a good word to say for Bacon which is my experience too. Today’s paper edition is much the same with the only anti-crossing campaigner still believing the massive six lane road and rail bridge has been resurrected. Propaganda really does work on some people!

Yesterday I referred to what Greenwich council has been saying about the bridge, today it is Newham’s turn. It would be interesting to know how many of the 1,245 people they polled live in Bexley. Maybe an FOI is called for. Click image for the full story extracted from Newham’s fortnightly magazine to householders.