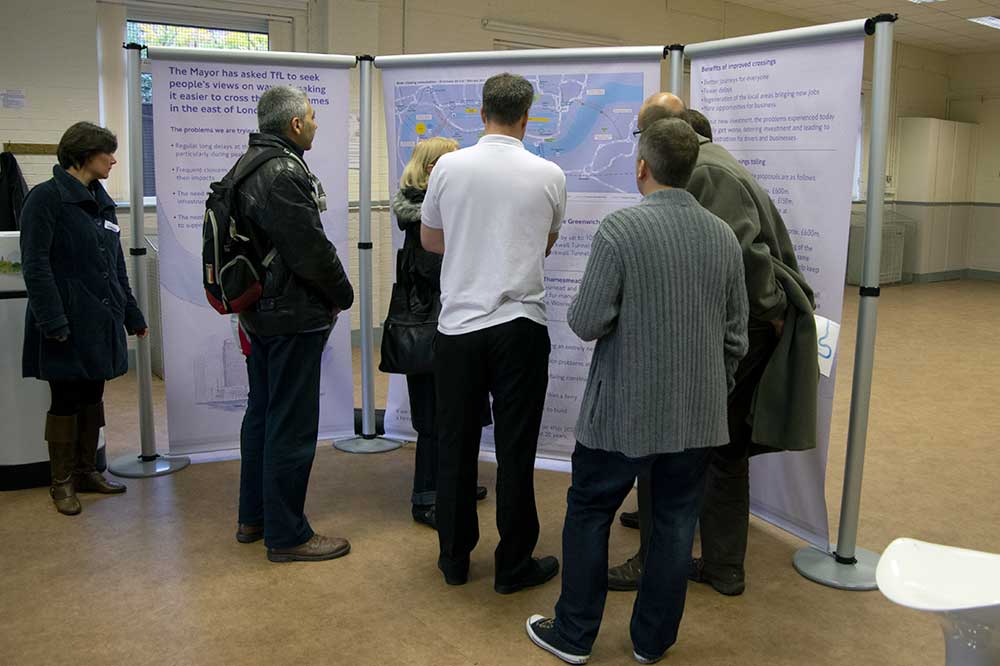 At the time Boris Johnson was first elected Mayor in 2008 two of our Thameside neighbours, Greenwich and Newham were in favour of a new Thames bridge. Only Bexley council stood against it and in a supreme act of NIMBYism convinced the Tory mayor, who owed his victory to the Bexley councillors who ran his election campaign, that it would much prefer that Greenwich should suffer further congestion and pollution rather than Bexley. The fact that Bexley’s former leader, Ian Clement, had become Boris Johnson’s right hand man and the new Bexley leader, Teresa O’Neill, represented the Bexley ward most likely to be affected by a bridge ensured SE London continues to be at a transport disadvantage. A political stitch up if ever there was one.

The only valid objection Bexley council ever raised against the bridge was Knee Hill. No one was clever enough to think up a scheme for encouraging heavy traffic to use the A2016 instead. If it wasn’t for Bexley council this area would within the next few months be due to get easier access to the North and the job opportunities that would bring.

But not even a road block the size of Teresa O’Neill can impede progress for ever, so a new set of proposals is on offer and consultations are currently in progress. There was a small ‘Road Show’ in Abbey Wood yesterday and more are to follow. If you go you will be given a rather nice explanatory booklet. Several options are available, a new bridge alongside Blackwall, a refurbished Woolwich Free Ferry, a new ferry at Gallions reach or a bridge at the same site (see map) and closing the Woolwich Ferry. Although it is claimed that no decision have been taken the emphasis is very much on tolling all the crossings. When I attended the Road Show there were about ten people present and views were fairly strongly held and I was pleased to note that Bexley council was getting its fair share of blame for the present unacceptable situation. One lady was of the opinion that what was good enough for Dartford i.e. constantly increasing tolls, was good enough for London but everyone else was 100% against tolls. Too many of us have to get to North East and possibly Central London by car each day and the assumed £20 a week toll charges would go down like the proverbial lead balloon.

There were very specific references to the dishonesty of politicians and the failure to adhere to the promises made in respect of the Dartford crossing was held up as the prime example.

The consultation booklet reveals that if the Gallions ferry goes ahead any prospect of a bridge will disappear for 20 years. The decision is incredibly important for London and Bexley’s dishonest Conservative administration should not be allowed to unduly influence it in return for political favours. Get yourself to www.tfl.gov.uk/rivercrossings and have your say.

One of the Road Show visitors was keen to point out that the proposed Gallions bridge had, unlike the one Boris cancelled, no special provision for buses or the DLR and if it and the Silvertown Tunnel both went ahead (and the Woolwich Ferry closed) the total capacity would be no greater than Ken Livingstone’s scheme.