Before council leader Teresa O’Neill rose to give her report there was a move to the exit by many in the public gallery, even the policeman watching over procedures upped and went leaving fewer than ten diehards to listen to the Controller plough through her 14 pages of A4. Leaving was a tempting prospect but a sense of duty prevailed. In the event O’Neill took us through recent events with commendable speed. 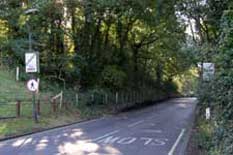 In response, councillor Margaret O’Neill (Labour) said that the leader’s anti-bridge campaign that resulted in this corner of London being cut off from the North was “a missed opportunity”. Cabinet member for Public Realm Gareth Bacon said that a bridge at Thamesmead would have turned Bexley into a car park and blamed the fact that Greenwich is turned into a car park instead on Ken Livingstone who turned off the Blackwall Tunnel contraflow. For good measure he claimed that Knee Hill which might have taken some of the Thames Bridge traffic was “tricky for two cars to pass”. Having seen two buses pass on it I’m not so sure he is not exaggerating for effect.

In a reference to the proposal to toll the Blackwall Tunnel Gareth Bacon said it wouldn’t be possible to toll only a new tunnel at Silvertown as traffic would then continue to use the old one. Obviously Bacon and Co. have never heard of the M6 Toll which operates alongside the free alternative. Councillor Stefano Borella said the proposed Thames ferry was a medieval solution (where have I heard that before?) and rightly said that river crossing tolls are a South London Jobs Tax.

Councillor Chris Ball was concerned that Royal British Legion poppy sales had been curtailed by licensing conditions, Teresa O’Neill knew nothing of that, and councillor Don Massey asked for Bexley’s Olympic volunteers to be given some recognition. This was said to be in hand.

Councillor Borella, as I said earlier, was in very good form and managed to get in a dig about the Conservatives’ addiction to Freemasonry. He said there were ten masons in the Tory ranks and none mentioned in the Register of Members’ Interests and few Tories have not removed their home addresses from the register. Leader Teresa O’Neill feigned ignorance of the omissions saying “I don’t look at them and I trust all our members”.

(Stefano, if you think a fair old number of Bexley’s Tories are cheats, liars and crooks why don’t you come right out with it and say so? To say their behaviour is “simply astounding” as you did doesn’t quite cut it.)

Councillor Munir Malik had been uncharacteristically quiet but my notes say that he referred to the care services contractor MCCH as “despicable”. Being so late in making this report I confess I don't actually remember him saying it but I suspect he would agree with the sentiment anyway. Munir was out of character again when he praised cabinet member Gareth Bacon for solving the County Gate fiasco although no one could doubt his real motive was to criticise the despicable councillor Peter Craske who had so publicly fallen out with Greenwich council and wrecked his chances of reaching an agreement with them.

The following items on the Agenda were mainly reports from the various sub-committee chairmen which, if you have attended those meetings, present nothing new so at 21:40 I decided to bid farewell to the council chamber. Outside four policemen were still on guard paid for by the tax payer while thieves and muggers were free to run amok elsewhere in the borough. When the same thing was in evidence at the last Cabinet Meeting, the Bexley Council Monitoring Group’s Mick Barnbrook asked the police (under FOI) who requested the protection, who authorised it and how much it cost.

The reply from the newly appointed Superintendent Peter Ayling said no one asked for the police to be in attendance but Chief Superintendent Victor Olisa had suggested they should drop by when they could. “The police officers were there on their ward providing their normal policing duties” and “The officers did not provide any special service for Bexley Council”.

The policemen stationed outside the Civic Centre on 17th October 2011 were there for the duration, several attendees including myself engaged them in friendly banter about it. I saw three when I went into the chamber, I saw one inside the building at the half way stage and all three were outside when I left at 20:10. The police were clearly not on “normal policing duties”.

That’s all we need isn’t it? Another Bexley policeman prepared to lie in order to protect Bexley council.