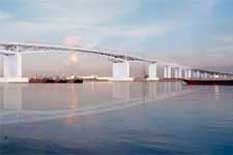 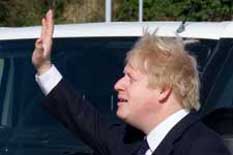 The political polls are currently giving the Tories a five point lead over Labour nationally yet Boris Johnson’s lead over Ken Livingstone in the Mayoral race has fallen from eight points to negative territory in just a few months. Who is surprised? What has he done? Reneged on a promise to reintroduce the Blackwall contra-flow, encouraged cycling, attempted to ban beer on public transport and got rid of his predecessor’s annoying affectation of printing the name LONDON in two colours on posters. Doesn’t amount to much does it? Will anyone who attended his love-in with council leader Teresa O’Neill last July forget how he dodged every difficult question?

Recently Boris has returned to the question of a new Thames crossing for this part of the capital. Who can doubt that one is needed? He has offered Bexley a ferry and Greenwich a new tunnel, more or less parallel with and alongside the existing Blackwall tunnels. Greenwich people don’t seem too keen on it as it will be fed by the same A102 (M) road which feeds Blackwall and will do their air quality no good at all. Bexley council is still boasting of getting Boris to cancel the bridge planned for Thamesmead. The Labour run boroughs across the water were all for it but Bexley Conservatives had played a leading role in securing Boris’s 2008 election win. Pay back time. Is everyone really against easier links to the north?

A Thamesmead bridge would connect to dual carriageways to the East and West but going South presents a problem. Knee Hill in particular is close to impassable to anything bigger than a van (have you ever seen two buses meet on it?) and the residents of Brampton Road would not be best pleased if lorries chose to use it. Did no one seriously consider counter-measures or was council leader O’Neill being Brampton ward councillor, Boris’s favourite and living close by sufficient to keep a bridge at bay?

If preventing large vehicles from taking the southerly route isn’t practical why not a bridge carrying a DLR extension from the Beckton branch? Add to that a Dart-Tag style system for acceptable road vehicles and Bexley’s relative isolation from the rest of London is much reduced.

Bexley council is always keen to point out that it is the only London borough with no trams, no Underground, no Overground, no river boats and that Crossrail will stop just short of the borough boundary. When a Thames bridge is on offer it turns it down. Why? Is it just to be sure that councillor Teresa O’Neill doesn’t lose the Brampton vote?

Note 1 : Bexley councillors ran Boris’s 2008 election campaign and supplied him with his Deputy, then refused to report his misuse of a Bexley council credit card to the police to mitigate Boris’s embarrassment.
Note 2 (for distant readers) : Knee Hill leads directly to Brampton Road. It is not on a bus route but drivers frequently use it as a short cut back to the bus garage.
Note 3 (for pedants) : Yes I do know that the Crossrail reversal and over-run tracks will extend into Bexley, but the terminal station is Abbey Wood (Greenwich).