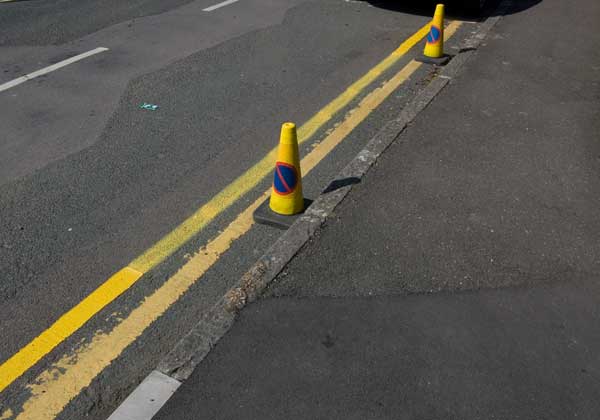 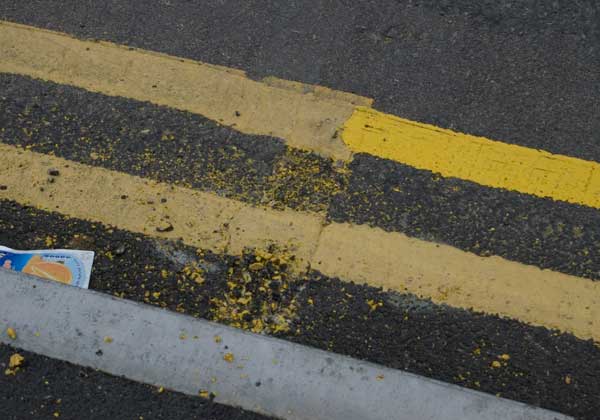 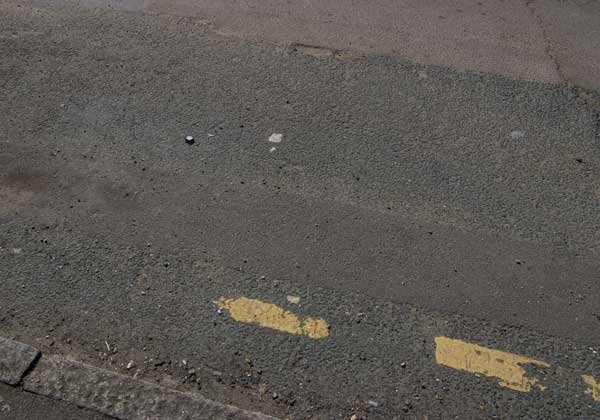 Of all the comments I am sent about Bexley council, complaints relating to roads and traffic are by far the most numerous. I know from correspondence sent to me by Bexley council that they are perfectly happy to break the law if the result is additional fines and I know that councillor Davey supports the fining of motorists even when shown evidence that the signing is illegal. Just around the corner from where I live is an example of Bexley council’s neglect and cynicism when it comes to motoring matters. For a long time there has been a single yellow line in Fossington Road, Belvedere that allowed residents to park there at any time without fear of a penalty. It was only big enough for one car but this week it has been changed to a double yellow line. No notices announcing a change to the traffic regulations, just out with the paint brush and to hell with any legal niceties. The central photograph shows where the double line used to end and how it has been surreptitiously extended.

Not far away is a parking bay with an adjacent yellow line. It is in such bad condition that you can only guess where the line ends and the parking bay begins. For the record, the only visible part of the bay marking is the white blob in the middle of the third photograph.

A message reached me today to the effect that in a further assault on motorists, Bexley council has reintroduced a summer season charge for parking within Danson Park and employs two men to collect the cash. Now that’s really efficient isn’t it? Paying staff to stand around collecting money and wide open to any opportunist thief. My correspondent says that there were four security men not far away but they were too busy talking and smoking to be much use in the event of any trouble. It’s not very friendly to discourage people from enjoying the recreational facilities by introducing a charge when we already pay the third highest council taxes in London and there is no justification for it. On-street parking restrictions are justified by the need to maintain traffic flow and paying for the enforcement, even though it is all too often a council lie, but money grabbing in a park is nothing but exploitation of motorists, particularly the elderly and infirm who could not otherwise get there - and these jokers will expect to be shown our gratitude with a vote for them in two weeks time!

Apparently the charge was only £1 last year but what’s a 50% rise when you can help yourself to £20k and more a year in expenses? Craske strikes again presumably.