Councillor Val Clark is the only Bexley Council meeting Chairman who persists with asking members of the public if they wish to record the meeting, why I do not know, because the law has said that permission must be granted for the past four years. Maybe it makes her feel important.

The main item on last Thursday’s planning agenda was the plan for BexleyCo to build on the two Wilde Road open spaces, in effect Bexley’s left hand was asking Bexley’s right hand if it was OK to concrete over more parks and naturally enough the left hand was recommending that the right approve it. 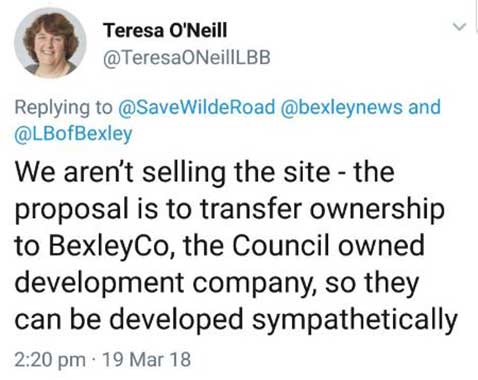 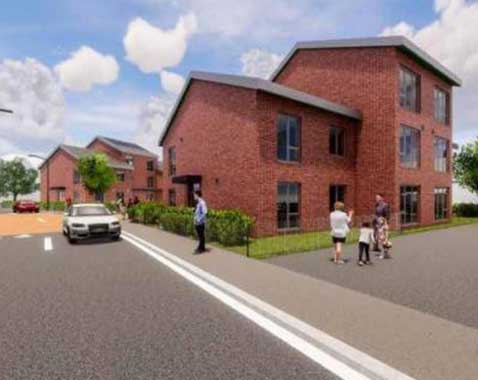 It’s a cunning device that allows Bexley Tories to claim just before an election that they are not selling parks after all, but don’t be fooled. They are going to build on their own land and dispose of the houses a year or so down the line. They were crowing loudly that 50% of them will be affordable however before you cheer too loudly you should know that means no more than six. However to be fair that is infinitely more than Bexley Council usually achieves.

The planning application is for two buildings, each providing one three bedroom, one single bedroom and four two bedroom units. Twelve dwellings in total necessitating the removal of twelve trees.

The first resident to speak against the proposal was Mr. Chris Brown who made the most of his allotted three minutes by speaking quickly and concentrating on how existing residents will lose amenities that were considered essential when their houses were built.

The existing houses comprise 267 dwellings with four open spaces and play areas. The original planning application was approved with conditions one of which was that two acres of open space must be retained for residents’ use and integrated into the landscape for “use at all times”. The current proposals would allow for the retention of only one small play area and the open spaces would be lost. 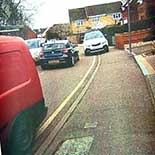 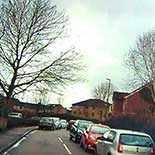 Another resident, Viv Waters, showed photographs of the narrow overcrowded roads which serve the area, packed solid with parked cars and the only free passage being via the footpath. Bexley Council had surveyed for possible traffic problems at 4 a.m. and concluded that there were none. Not long ago their own report had stated that the peak traffic time was 9 a.m.

Only six parking spaces, one for disabled use only, are to be provided for the occupants of 24 bedrooms. Will they include charging points for the electric cars that the Mayor seeks to encourage? Average car ownership in nearby roads is currently very nearly two per dwelling.

Bexley’s own planning man then spoke in favour of the application his main point being the provision of 50% affordable housing, ten times Bexley’s target figure. To accompanying laughter he said the new buildings would have no impact on adjoining residents. He dismissed out of hand the question of the open spaces being Assets of Community Value as dogs could be walked elsewhere and the provision of six more affordable homes must “significantly out value” the negative impact on the area.

Another of Bexley’s men praised the decision “not to sell the land to a private developer whose main aim would be to maximise profit”. Developing in-house would allow Bexley “to contribute to the Mayor’s housing target”.

“The development would not have a negative parking effect. There is spare capacity in the surrounding roads.”

Councillor Peter Reader (Conservative, Northumberland Heath) made a formal presentation to the Committee which revealed that he was not against building on the two open spaces but “had serious concerns about car parking and traffic movements”. Unlike the previous speaker armed only with theory he had been to take a look at the situation himself. “It is a very tight site indeed.” To access the estate, he had had to drive over the footpaths himself. Parking provision “will be totally inadequate. It is a big big issue”.

Councillor Danny Hackett (Labour, Lesnes Abbey) spoke at some length about the conditions imposed (the open spaces and play areas) by the 1995 application. However his efforts served only to prove that planning conditions (in perpetuity, at all times etc.) count for nothing if Bexley Council wishes to ride rough shod over everything and everybody - residents especially. The Head of Planning actually said that conditions imposed in perpetuity are only good until another planning application overrides them. So they are totally worthless, right?

When Councillor Hackett asked for confirmation of some things within the planning officer’s report the Chairman said she was sure that they would not say anything that wasn’t true thereby provoking peals of hollow laughter. Every Twitter user and BiB reader knows that much of what Bexley Council says isn’t true.

When he asked the simple question “had legal advice been sought?” about overturning the conditions the answer was a long time coming. When it did it was “No”.

Councillor John Waters (Conservative, Danson Park) said that “everything he [Danny Hackett] said was irrelevant”. However he too was concerned about parking especially as public transport availability in the area was “absolutely minimal”. The Council Officer - the same one who said that Tesco in Northumberland Heath would not cause traffic congestion - accepted that he had used car ownership data from 2011. He continued to deny that parking was a significant problem.

Councillor Waters did not appear to be convinced by any of it, he had seen the problems for himself. The plan will “exacerbate the problem” and he was the first Councillor to suggest deferring the application.

Councillor Brenda Langstead (Labour, North End) pointed out that the provision of balconies in the proposed blocks “compromised privacy” considerations and did not conform to Council policy. “The Council as both applicant and determinant is willing to breach its own policies to maximise its profit.” Also the development fell short of policy regarding amenity areas. “How will we be able to refuse similar applications in future?”

The Council Officer said that amenity space was available not too far away. “It was a question of balance.”

Councillor Colin Tandy (Conservative, St. Mary’s) was concerned about the bats that roost in the area and the distance between the two blocks which “looked a long way” on the artist’s impression but “didn’t on the plan”. Surely no one would stoop to cheating?

Such was the depth of the Planning Officer’s knowledge that it took more than a minute to find the answer. They are 20 metres apart. There is a road and two hedges between them. No one knew much about bats. There is “potential” for them but “there would be a biodiversity net gain”. Don’t ask me how.

Councillor David Leaf (Conservative, Longlands) was complimentary about the submissions made by residents but in his customary way was critical of Councillor Hackett. The Chairman asked him to show some respect. Councillor Leaf also had concerns about car parking provision.

Councillor John Davey (Conservative, Crayford) said “we need affordable houses but there is not an awful lot on this site and I do not think there is sufficient for the problems they will cause”. He was not happy with the parking, the loss of trees and most of all the loss of open spaces. “The character of Bexley completely changes when you start eliminating the open spaces” said the man who voted to sell Old Farm Park. “For that reason alone I will vote against it.” Not quite the same degree of devastation caused by Adolph Hitler presumably, but maybe close.

Councillor Alan Downing (Conservative, St. Mary’s) got to the heart of the matter when he said if anyone else had proposed the plans for Wilde Road "would we pass this?" Referring to parking issues and amenity space he said “we would not normally pass it. If I lived there I would be very very annoyed”. 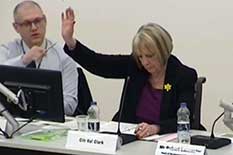 “Forget who’s applying, we have two applications here. There is not enough community space, we don’t want balconies - they are horrible, there is not enough space for parking. Would we sit here on a normal evening and say yes I approve or would we say no I refuse it? Something is not quite right with this.” He backed deferral of the application.

Despite Councillor Downing’s concerns on several fronts the Chairman redefined the deferral as being to reconsider parking issues and that was approved unanimously. Councillor Hackett’s recommendation that the application be rejected outright was not accepted but by what margin was not clear. Proving her credentials as a poor Chairman Councillor Val Clark failed to announce the result but the webcast, straying yet again from impartial Chairmanship, reveals that she helped to vote Councillor Hackett’s proposal down.

It is believed that five Councillors out of 15 voted to reject the application but there may have been some abstentions.