The lies of councillor Cheryl Bacon

This page was updated on 3rd July 2014. Click for updated copy 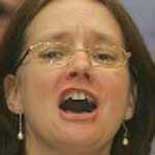 Councillor Cheryl Bacon is a liar. I know she is because I saw what happened after Nicholas Dowling asked her if he could audio record the Public Realm Scrutiny Committee meeting on 19th June 2013 and I have compared those events with Bacon’s written account which describes widespread disorder in the public gallery.

I also know that Bexley council has been unable to produce any witnesses to support Bacon’s description of the public disorder. The council managed to find four people who were said to support Bacon but an analysis of their words show they have done no such thing.

One has since said that he was not aware he had made a statement and another has written that the words attributed to him were a product of the council’s legal department. Perhaps most importantly, several councillors who were present at Cheryl Bacon’s meeting provided written confirmation that her account of it is totally false in almost every detail.

The attempt to audio record the meeting was spurred by the Secretary for Communities and Local Government, Eric Pickles, who had decreed just a few days earlier that residents should be free to report on and record council meetings but Bexley council had set its face against it. Its deputy leader Colin Campbell has been on BBC 1 television proclaiming that anyone can make a recording so long as permission is sought beforehand but Bexley council has admitted that permission has never been granted. (†)

On the evening of the 19th June 2013, Cheryl Bacon’s mistake was not her decision to hold a public meeting in ‘Closed Session’ (her words) - which was unlawful - but to decide that her get out of jail free card was to lie about and libel five members of the public by asserting that they were disrupting her meeting in a variety of ways.

The fateful meeting was attended by six members of the public, Michael Barnbrook, Elwyn Bryant, Nicholas Dowling, Peter Gussman, Danny Hackett and Malcolm Knight. All of them regular attendees at council meetings and Danny since May 2014 a Labour councillor in Bexley’s Lesnes Abbey ward.

Nicholas Dowling’s request to audio record the meeting was immediately refused by chairman Cheryl Bacon. Her husband councillor Gareth Bacon, the cabinet member who Mrs. Bacon is paid £8,802 a year to scrutinise, called out that if Nicholas attempted to record the meeting he would be ejected.

Nicholas resumed his seat in the public gallery clutching his recorder in one hand and Eric Pickles’ guidance in the other. Believing Nicholas was recording the meeting, councillor Cheryl Bacon adjourned the meeting. It is a pity that no recording was being made, its existence may have persuaded Bacon that embarking on the course she chose was unwise.

The first 20 minutes of the meeting was a quiet stand off. Cheryl Bacon repeated her position several times, on one occasion approaching Nicholas to make it more forcibly and Nicholas quoted from the government guidance paper. No member of the public joined in, nor - apart from husband Gareth - did any councillor say anything of note.

At about 19:50 the doorman asked Nicholas Dowling to leave and when he didn’t he was asked to call the police to eject him. After doing so he reported back that it could be up to an hour before they showed up. Cheryl Bacon adjourned the meeting until 20:15 and when the situation had not been resolved by then announced that the meeting was to be taken into Closed Session in another room. Despite requests from the public present, none were allowed in. This is an offence against the Local Government Act 1972. 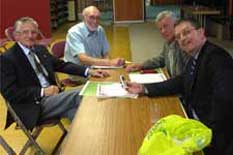 About ten minutes later two police officers arrived to find five members of the public still sitting in the public chamber both amused and a little bemused. They asked what the five planned to do - Danny Hackett had left the chamber a minute or two earlier - and Malcolm Knight said everyone was going to go home; Mr. Barnbrook made a similar comment and that is what happened. The police were very friendly and later confirmed to the press that no offence had been committed.

Excluding members of the public from a public council meeting is nearly always against the law. Arguably councillor Cheryl Bacon might have been able to exclude Nicholas Dowling but not those who had merely watched the events unfold.

Messrs. Bryant, Barnbrook and Gussman put in complaints over the following days. Malcolm Knight did so only after discovering that the council was accusing him of misbehaviour in the council chamber and Mr. Hackett wrote directly to the council’s Head of Legal, Mr. Alabi. Nearly six months later none of those complaints had been properly investigated provoking only a torrent of lies from Bexley council.

According to councillor Cheryl Bacon, or more pedantically the note written by Bexley’s Legal Department after interviewing Bacon, Malcolm Knight was sitting with a group alongside Mr. Dowling, Mr. Barnbrook, Mr. Bryant and another person. This is untrue. Malcolm Knight was sitting alone at a table away from the others. The council officer John Adams confirmed it in his statement.

“Several members of the public were shouting out” according to Bacon. This is another of her lies, no other witness whether from the council or the public confirms Bacon’s assertion. “There was a lot of commotion” is totally untrue as is “Mr. Dowling, Mr. Barnbrook, Mr. Bryant, Mr. Knight and another person continued to call out and waving (sic) papers”.

Councillor Bacon goes on to say that she addressed the entire group which is an essential part of her defence against illegally excluding the public from her meeting. She did no such thing. She spoke to Mr. Dowling who was seeking permission to record the meeting but to no one else. Once again, no witness has come forward to confirm Bacon’s version of events. “The group was not prepared to sit quietly”, is another of Bacon’s lies when in reality at least four members of the public present (out of six) said absolutely nothing at all.

After a 30 minute adjournment “there was more shouting from the gallery. The group were (sic) not going to stop calling out”. All untrue and not supported by any witness.

Mr. Barnbrook is singled out for special attention. He “shouted to Cheryl Bacon”. He did not. He calmly and politely asked to be allowed into the reconvened meeting. Bacon on her own admission ignored him.

Six months after councillor Cheryl Bacon’s illegal closure of her meeting no one’s complaint had reached a conclusion and and Malcolm Knight decided to precipitate a reaction by asking every councillor present (apart from the two Bacon’s) if they could comment on what took place. Five of those who replied felt unable to either support or condemn councillor Cheryl Bacon but four very positive statements were obtained. In essence they all labelled their colleague Cheryl Bacon a liar by confirming that no general disturbance took place, everything was polite and civilised and most people present said and did nothing at all.

Mr. Barnbrook sent this additional evidence to Chief Executive Will Tuckley who nearly three month later said that the word of his own councillors counted for nothing. It “did not add to the sum of knowledge”. Will Tuckley is of course torn between an intelligent response and his excessive salary. He is happy to be a proven believer in injustice and that loyalty to liars can be bought. It is not particularly surprising given his track record.

If councillor Cheryl Bacon had simply admitted an error of judgment, an over-reaction on the night, there would be little cause for complaint, certainly nothing much could have been done about it.

Instead Bacon decided to lie her way out of the situation aided and abetted by an assortment of council officers who have nothing to go on but a lying statement by councillor Cheryl Bacon which wasn’t even written by her. Now she is facing an allegation of Misconduct in Public Office for conspiring with others, notably Mrs. Lynn Tyler and Mr. Will Tuckley who are accused of attempting to pervert the course of justice. viz. they refused requests to carry out a proper investigation. On top of that two police constables, their chief superintendent and the council’s doorman are all accused of Misconduct in Public Office for making false statements in support of Cheryl Bacon.

Councillor Cheryl Bacon has shown herself to be a liar interested only in preserving her own skin. With such credentials it comes as no great surprise to learn that she has recently been appointed chairman of Bexley council’s Code of Conduct Committee.

Index to other references to this shameful episode.

This is an archived copy of the Site’s Home page placed here on 3rd July 2014. For the current Home page please use the menu above.